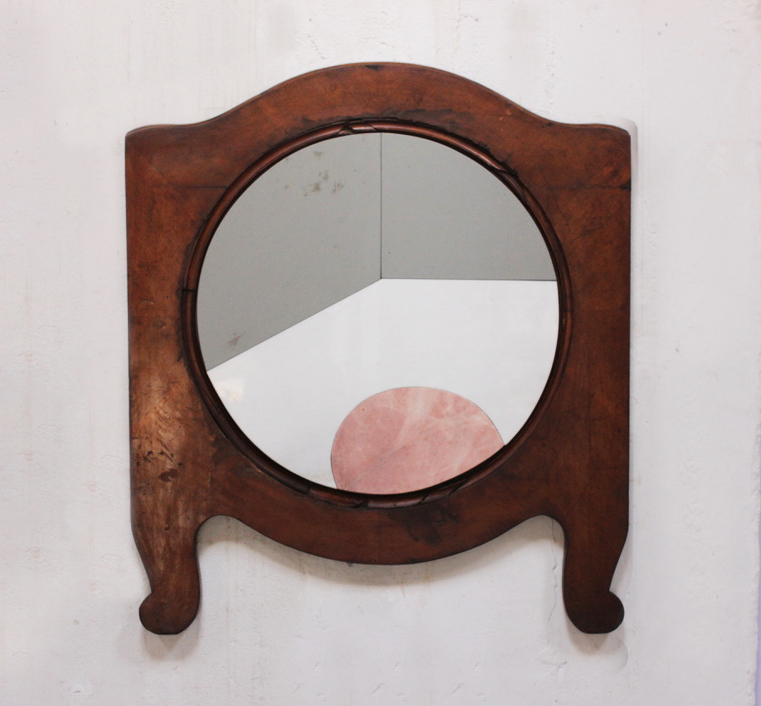 Valentina Sciarra’s project, created especially for Structura Gallery, is dedicated to death as an extension of life. Disappointed by its denial, non-acceptance and misunderstanding, the artist tries to restore the relationship between the different elements of the cosmic cycle as it existed in ancient cultures.

Sciarra bases her study on historical references that prove the wisdom regarding the perception of death. The constructed belief systems and rituals support the process of deep and peaceful insight into the meaning of existence on earth and the journey of the soul beyond the limits of the corporeal.

Nowadays, the vital breath, psyche, has lost its leading role of reviving the gross matter. The spiritual principle has given place to the body as the sustainer of life, and the soul is only its guest. Death refers only to the machine-body and its breaking.

The broken soul-body relationship not only makes the acceptance of the end an impossible mission, but also affects life on earth, subject only to the urges of the body. Valentina Sciarra is convinced that in order to change this and “breathe life” into contemporary culture, we must start from the point of no return: death.

The exhibition presents: Tombs (a new aesthetic conception of the Western tomb and an attempt to reformulate its canons thanks to the concept of “suspended sculpture” as an element between life and death), Home Altars (a revival of the practice of having symbolic objects in the home as places to store prayers), Time Machine (showing the continuous cycle between life and death), and a game book (written by Valentina Sciarra and accompanied by graphics created by Victoria Staykova based on the author’s original drawings for the project; made as a complex object, the book embodies Sciarra’s belief that games are a key element in accepting the concept of death).

The artist focuses on the meaning and beauty of lost rituals celebrating death. The long road to the afterlife is important, as part of the past-future dichotomy and in opposition to today’s present-day presentist view that nothing exists but the Here and Now. Valentina Sciarra’s objects are works of art, but they can also be be used in everyday life as part of her understanding of the interconnectedness of processes.

Valentina Sciarra was born in 1983 in Rome. After a Master’s degree in law and numerous specialized courses in photography, she received her diploma with honors in 2013 at the Academy of Fine Arts in Rome with with a thesis on “Les espaces en friches” (Wastelands in the Urban Space), written during a study program at Villa Arson, Ecole nationale supérieure d’art in Nice/France.  She currently lives and works in Sofia, where in 2018 she completed her MFA in Sculpture at the National Academy of Art.

Her works are site-specific interventions that move from photography to installation, from sculpture to sound; some are permanent works in public spaces or natural sites, including “Acqua Non Potabile”, a site-specific plastic fountain commissioned by the Bulgarian Women’s Fund for the European Capital of Culture Plovdiv 2019; ” The Path of the Oscillating Stones”, a ground-based artwork in the cliffs near Strupanitsa, Lukovit; “Vita” in Murgia National Park, Italy; “Entre terre et ciel”, a permanent installation at the entrance of the L’archet Hospital in Nice, France.

Since 2016, she has been conducting a specific research on stone sculpture, where the modus operandi is not focused on shaping-moulding-giving form to the stone, but the focus is on growing-building or transfiguring the potential of the stone itself. Her sculptures are a direct consequence of the original form or geological structure of the stones. Each stone is chosen for its ability to suggest and for its ability to transform.

In 2019 and 2018, Valentina Sharra is supported by the Gaudenz B. Ruf Award Support Program. In 2020 she received a scholarship at Akademie Schloss Solitude, Stuttgart in the framework of the Eastern European Exchange Programme.