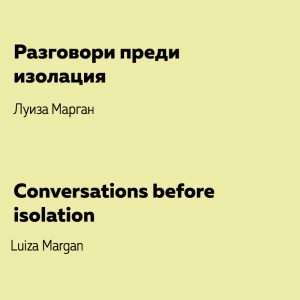 M.V.: Part of the Bulgarian public remembers you from your solo show at Vaska Emanouilova Gallery in Sofia back in 2009 and from your participation in the exhibition for the Gaudenz B. Ruf Award in 2010. But for those who don’t know anything about you, could you give us a glimpse into your background?

L.M.: I have a mixed heritage. My father is from Rijeka, Croatia, and my mother was born in Sofia. I grew up on the Adriatic coast, but I used to spend half of my school vacations in Simeonovo, at the foot of Vitosha Mountain. In these times Simeonovo was still a village proper and for me, coming from city life in Rijeka, this was very exotic. I developed as a person in Rijeka, a port town of historic importance, open and democratic, which showed me how to think “outside the box”. Whereas in Simeonovo I learned what it means to take care of the land and domestic animals and started to appreciate the value of farm work and the persistence one needs to survive, as well as the importance of interrelations in a large and complex family.
From a very young age, I was engulfed in various creative activities, with my games often involving pencils and a sheet of paper… reading, writing and creating things – these were my favorite pastimes. After I finished high school, I enrolled at the Ljubljana Fine Art Academy, where I studied Painting. Later on, I got a degree in Performance Arts and Sculpture in Vienna, where I live ever since.

M.V: To what extent are your works affected by this bifurcated, even trifurcated living? How are the East and the West – as political, social and economic constructs – reflected in your artistic perception?

L.M.: My works touch upon different aspects of the socio-economic and political environment of the places I live and work in. That includes multiple socio-political „stages“, within which my works develop. Despite the long history of migration, settling and resettling between the East and the West, the South and the North, in reality these „stages“ are not so strongly linked together and we can still talk of huge cultural divides. I think my work feeds on and materializes within the frames of these bipolarities and the precipices that lay in between…

What’s important in my work is to be able to find a tangible language that speaks about a given problem beyond the „local“; to use the proper aesthetic language that conveys the topics I’m interested in. Whether I would ask girls in the streets of Seoul, Korea, to give their partners a piggyback ride for a picture, or lift citizens of Rijeka to a height of 25 m, so that they can look in the face the statue from the Monument of Liberation, or I would capture the reflecting images of employees on the polished black marble floor of a luxury fashion boutique in Vienna, where I’d worked illegally… my works usually come into existence through change of perspectives, reversal of the invisible, as well as through overcoming established authority models. 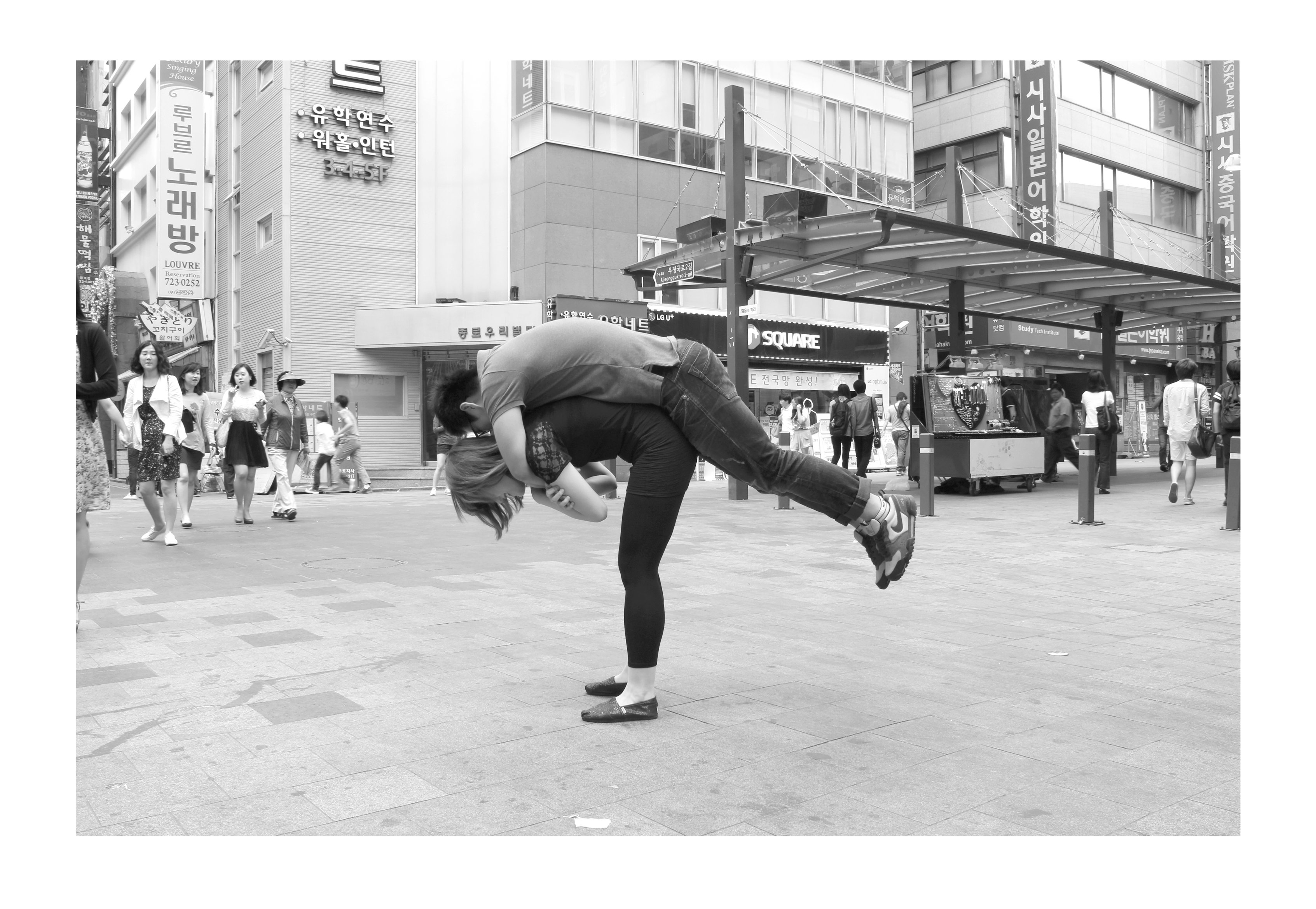 M.V.: Quite often history is directly or indirectly presented in your projects. You are a young person, so it’s interesting to know where this movement along the edge between past and present comes from and how do you interpret it in your works?

L.M.: I grew up at the time of Yugoslavia’s breakup, witnessing as a child the birth of the new national country (or rather, its rebirth) and the first flow of capitalism that ran through her veins. In a period where people were desperately looking for a new identity, nationalism quickly came to the fore as a new „comfort zone“, whereas the corruption and the economic collapse led to new mass migrations of the young people.

The practices of memory erasure (the change of street names and the removal of antifascist monuments, for example) and the quick substitution of historical facts in favour of the new national identity enabled certain social amnesia and denigrated the meaning of the social sphere. These processes are most obvious in the public realm, where privatization and commercialization have had a direct influence on our personal freedoms, among other things.

For me as an artist and citizen it is almost impossible to grow in the midst of such processes and not being affected by them. They simply became the essence of what we do in our daily life, regardless of our occupation, and in my case many of my works are a response to these processes.

My art often has an anthropological aspect to it. I research the history of the places, in order to reveal what has been ignored or suppressed, the „invisible“ stories with their specific substance or expression.

I’m talking about disclosure of the hidden, the ignored and the forgotten so that we can imagine a different future. Whether I rummage through archives, capture reflections with a camera or collect found objects in my field work, the reversal of perspective and our usual viewpoints becomes a powerful tool for my artistic pursuits.

M.V.: Can you tell us more about two projects of yours that have been very important in the course of your career so far.

L.M.: The first work I would mention was created at the invitation of Rijeka’s Museum of Modern Art in 2014. This was a public space project titled “Eye to Eye with Freedom” with curators Ksenija Orelj and Slaven Tolj. For this work I invited my fellow citizens to come and stand face to face with the female partisan figure from the Monument of Liberation, which comprises a group of three guerrilla fighters perched on a very high pillar (it had been built in 1955 to commemorate the tenth anniversary of the liberation from Italian fascism). The action was a provocative one, but also appealing to many, as it meant to elevate the participants up the bronze monument using a 25 m crane. In my opinion, it is of utmost importance to pay tribute to the women who took part in the partisan antifascist struggle (often represented only as allegories, like in this case), as they had fought and organized the resistance on equal footing with men. This project was important for me as it let every citizen stand eye to eye not only with the sculpture itself, but also with the historical presentation of liberty, which provokes thoughts on our own notions of what freedom is today and what reality we chose to live in…

The other work I’d like to mention is „Split dioptre“ from 2016, which I created for a show at Skola Gallery in Split, managed at that time by the incredible visual artist Neli Ruzic. In this project I made reference to the abandoned heritage of socialist modernism, on the one side, and to the building of Croatia’s new national identity, on the other (in the video „Monument reflecting the city“). The sculpture titled „Split dioptre“ was made of found materials, which I discovered during one of my many research visits to the famous, but already crumbling architectural complex Koteks, the first of its kind in former Yugoslavia, constructed by the celebrated architect Janko Rožič. The collected materials consisted of broken pieces of turquoise-coloured plastic, formerly part of the aesthetically important and unique lightweight domes of the building’s roof. I reconstructed two of those domes in their original size and reshaped them into a large pair of sunglasses at the gallery space. Here, like in my work „Eye to Eye with Freedom“, the reversal of perspectives plays an important role in the sense that an object that had once been on the roof, acquires a new form when put down on the floor, where people can observe it. The work is a critique on the ignorance of essential cultural heritage and on our role in its preservation; it is also a call to reassess it through our own eyes. 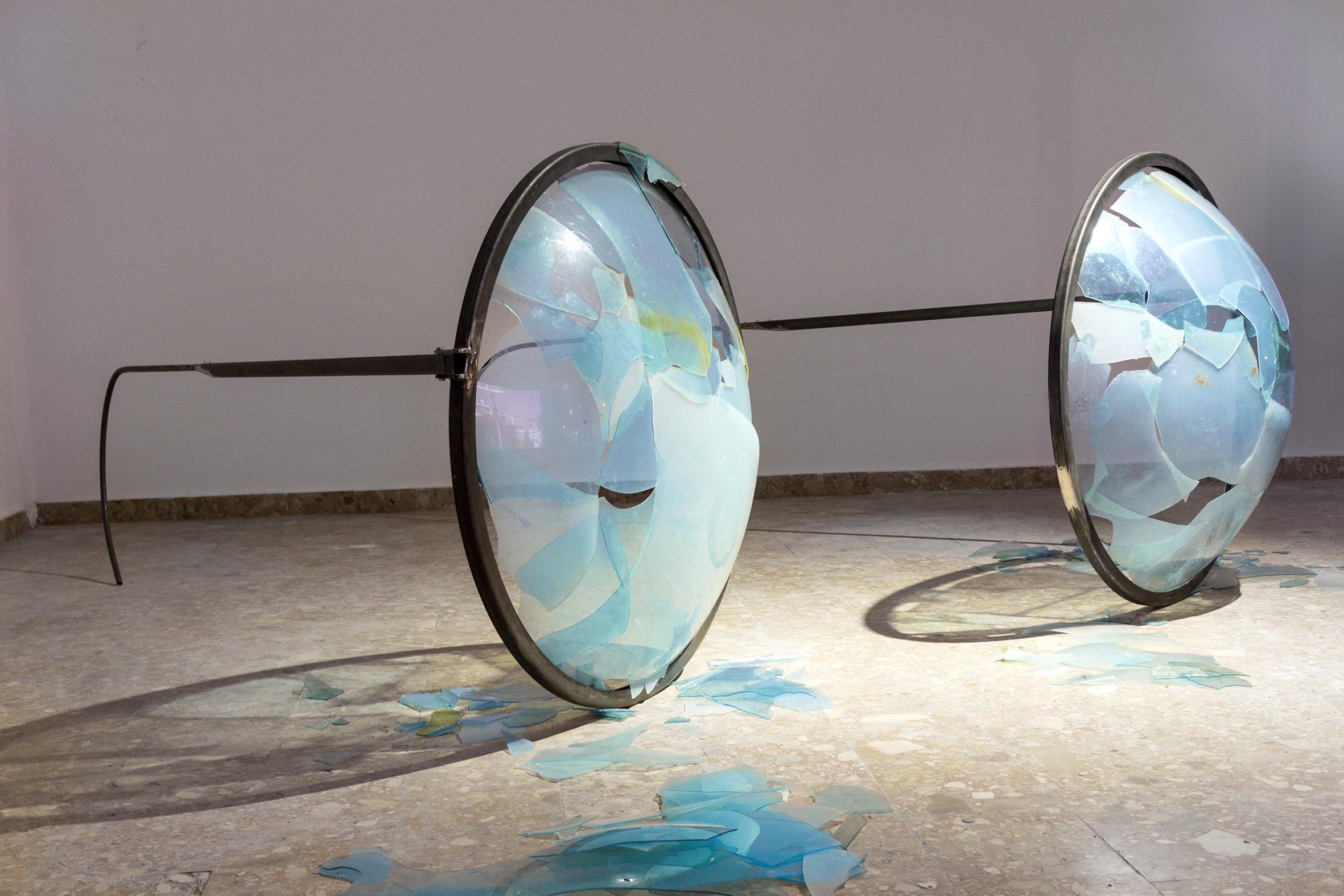 M.V.: Last autumn you participated in viennacontemporary and the project you presented there didn’t deviate from your understanding of art, although it was showcased at an art fair. Can you share with our readers what was its basic concept and how did you presented it visually?

L.M.: The piece, which I showed in Vienna under the title “Abstract muscle” (presented at Structura Gallery), united two distinctive threads running through my previous works: first, the redundancy processes affecting industrial manpower in Eastern Europe and the resulting migrations, which provided, among other things, qualified manual labour to the West, and second, my research on the depiction of workers in the architectural and social project „Red Vienna“ (which from an aesthetic point of view is quite similar to the social realism presentation in Eastern Europe).

The issues of industrial production, manual labour and migration found their sculpture form in a system of stand-alone objects in a wall-like arrangement, which were made of extruded polystyrene and concrete. Instead of reliefs, these were “decorated” with plastic buckets, workers’ gloves и dummy body parts inspired by the reliefs in “Red Vienna”, thus giving a voice to the “invisible” labour… 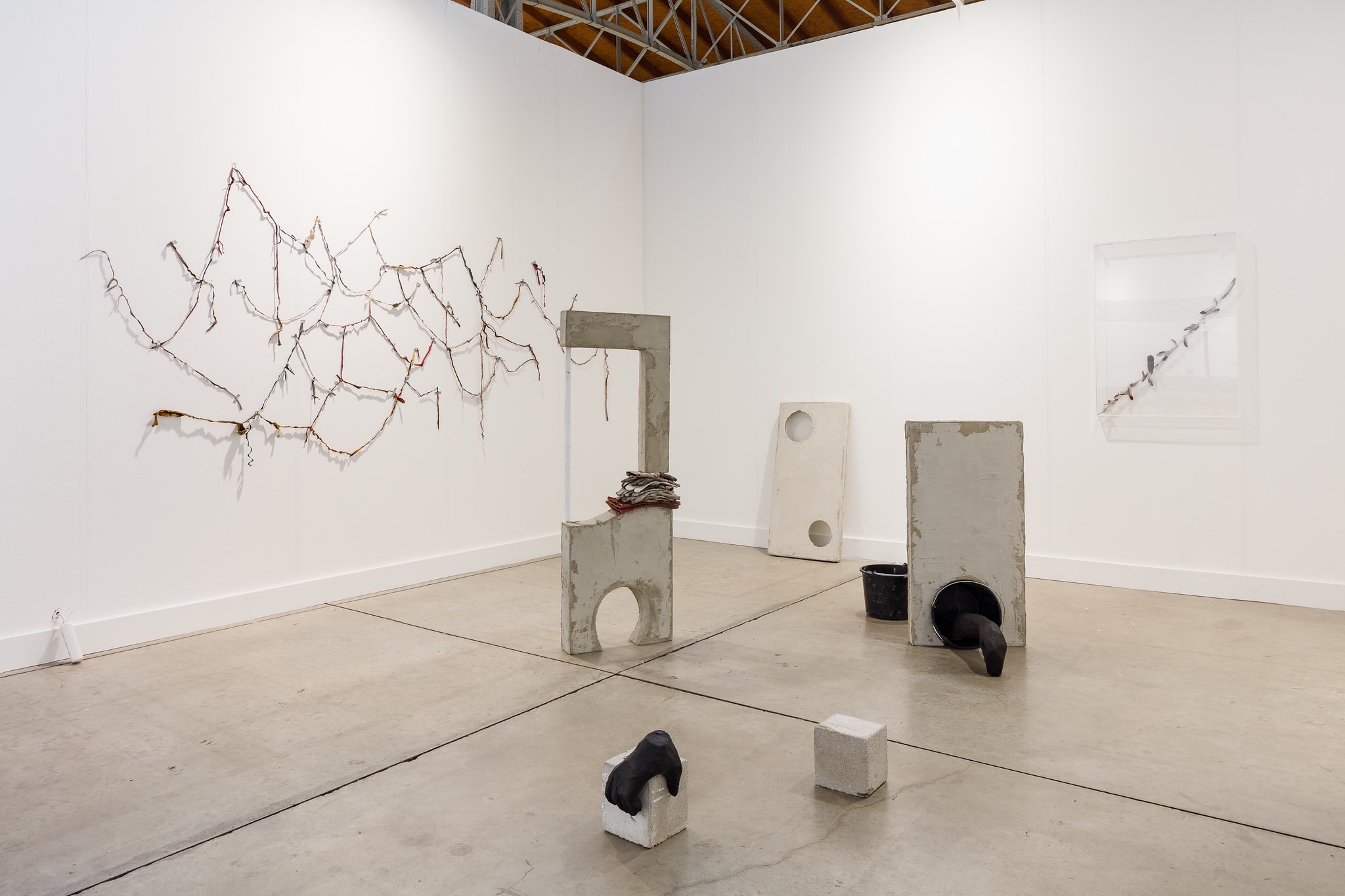 M.V.: Do you think that modern art has the power to change the world or at least contribute something toward that idea?

L.M.: Through my own projects in the field of art I experienced firsthand the power of art to touch and animate people. Art opens new perspectives and points out that „the king is naked“. I believe that this is more possible when art steps out of the institutional framework and unfolds in the public realm or seeks interaction with different communities.

Art has the potential to unite people, to challenge people, enabling them to provoke change in their turn!