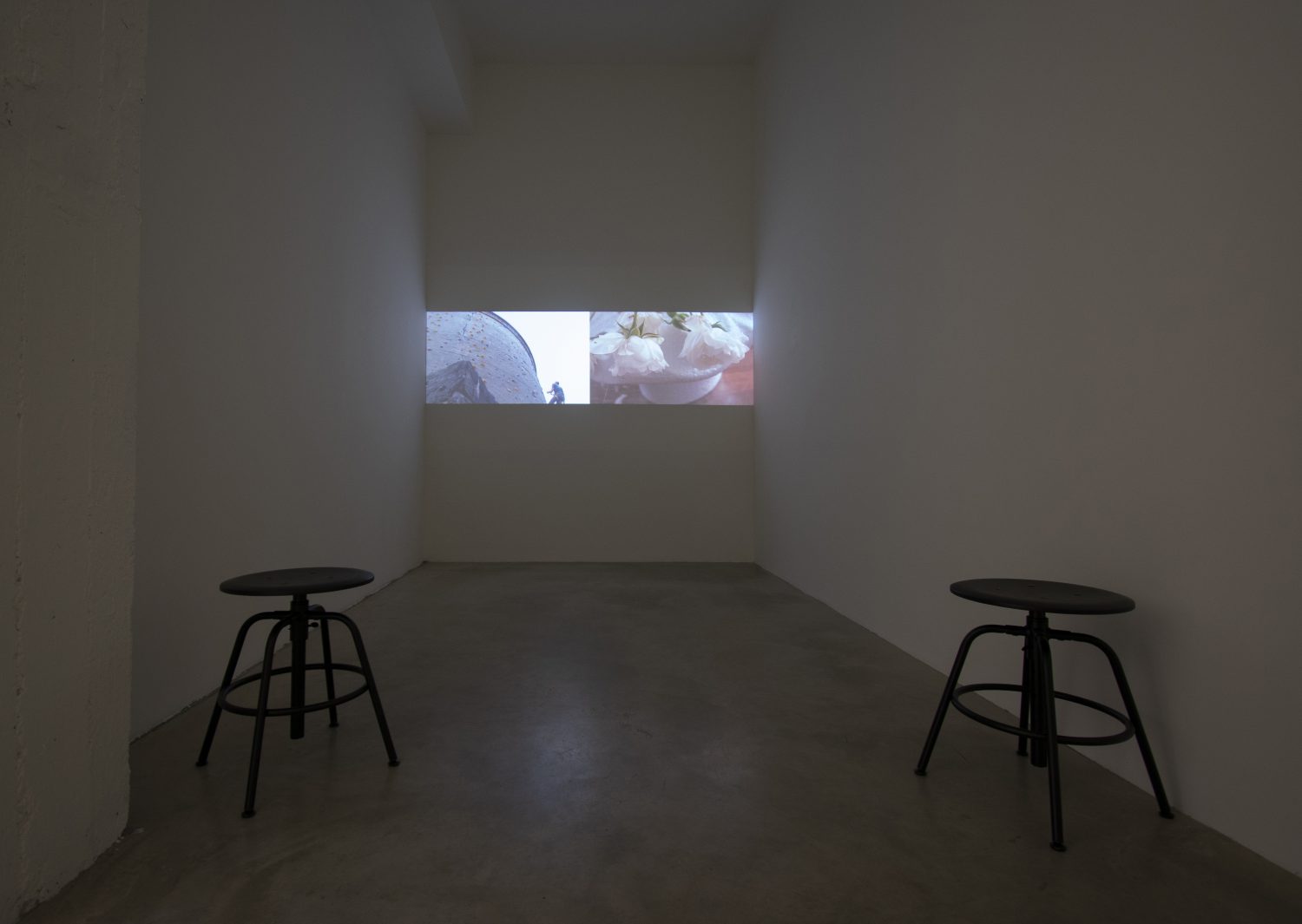 Engaging play as a critical concept, Italian-born artist Luana Perilli addresses the role of playful environments in war-torn sites. Part of her overall series titled Leopold-o, the two-channel video installation Leo-Streben (2015-2016), included in Subversive Play, emerged from her work at an artist residency at Momentum in Berlin, Germany (2015-2016). Perilli observed World War II cone bunkers and their various transformations and appropriations. Known as Winkel’s towers after their designer Leo Winkel, the cone bunkers patented in 1934 were innovative aboveground structures. Unlike underground bunkers, the reinforced concrete Winkels were cheaper and faster to build and did not interfere with groundwater level. Since the end of the war, about 60 percent of the close to two hundred bunkers spread across Germany, have been dismantled while the rest have been reclaimed for different purposes such as wall climbing.

Leo-Streben comprises a split-screen video projection. One image depicts the Winkel bunker “Der Kegel” (The Cone) in Berlin transformed into a free climbing school while the other presents tropical leaf-cutter ants eating roses taken from another Berlin bunker turned into a park. Perilli’s work addresses the role of playful environments in war-torn sites, highlighting a collective drive to rebuild after a traumatic event. From a practical standpoint, transforming the bunker into a climbing wall makes sense given that its original design included walls pierced through by holes to provide the bunker’s population with fresh air. The adjacent image of the colony of ants eating and carrying rose-petals makes a playful and poetic commentary on the power to organize for a collective goal. The busy insects appear to echo the reclamation of the bunker while the voice of a World War II photographer sharing his memories of the war plays in the background. In its emphasis on collective self-organization that unites humans and ants, Perilli’s work highlights play as a critical strategy to reclaim and subvert an abandoned site and its traumatic memory.