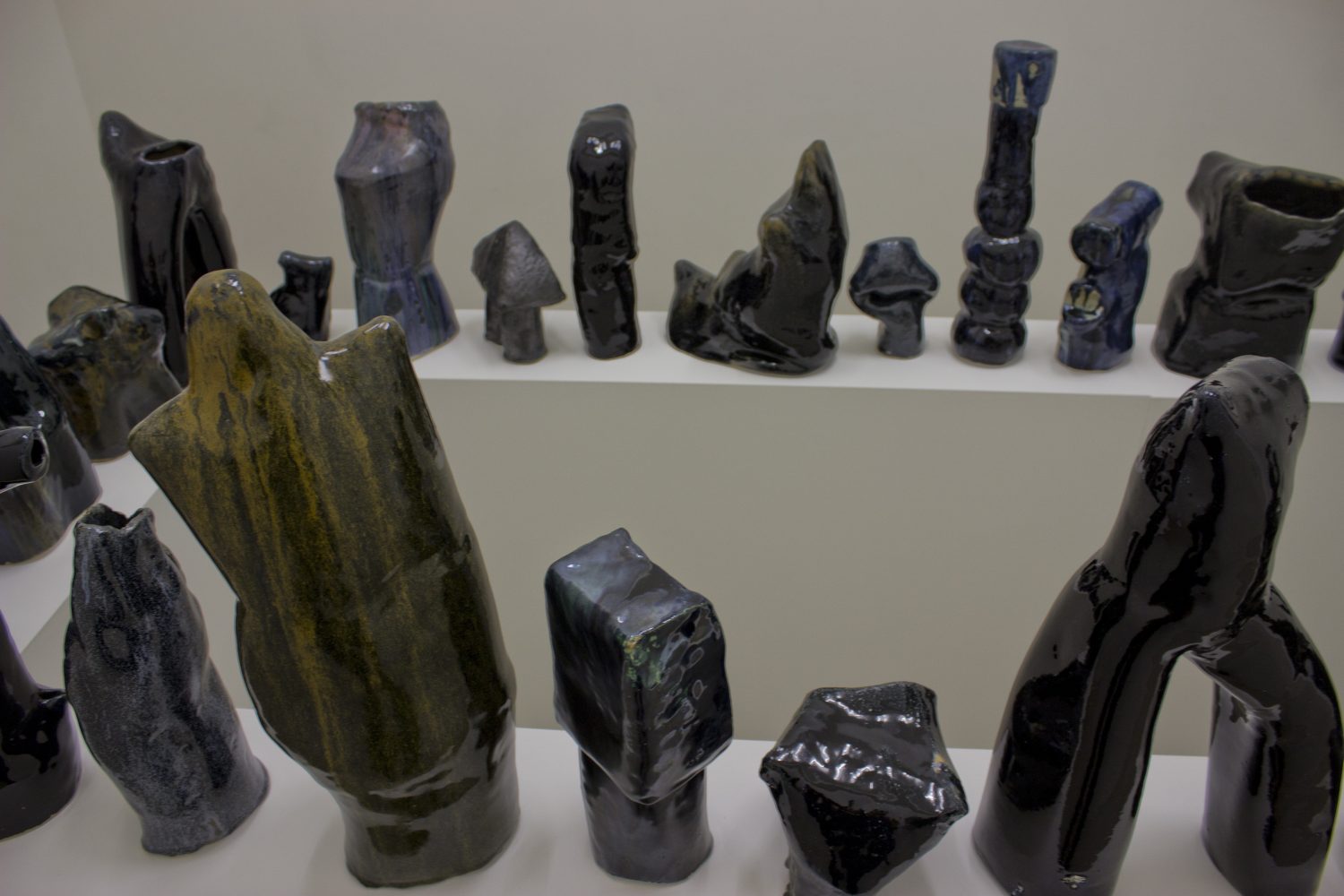 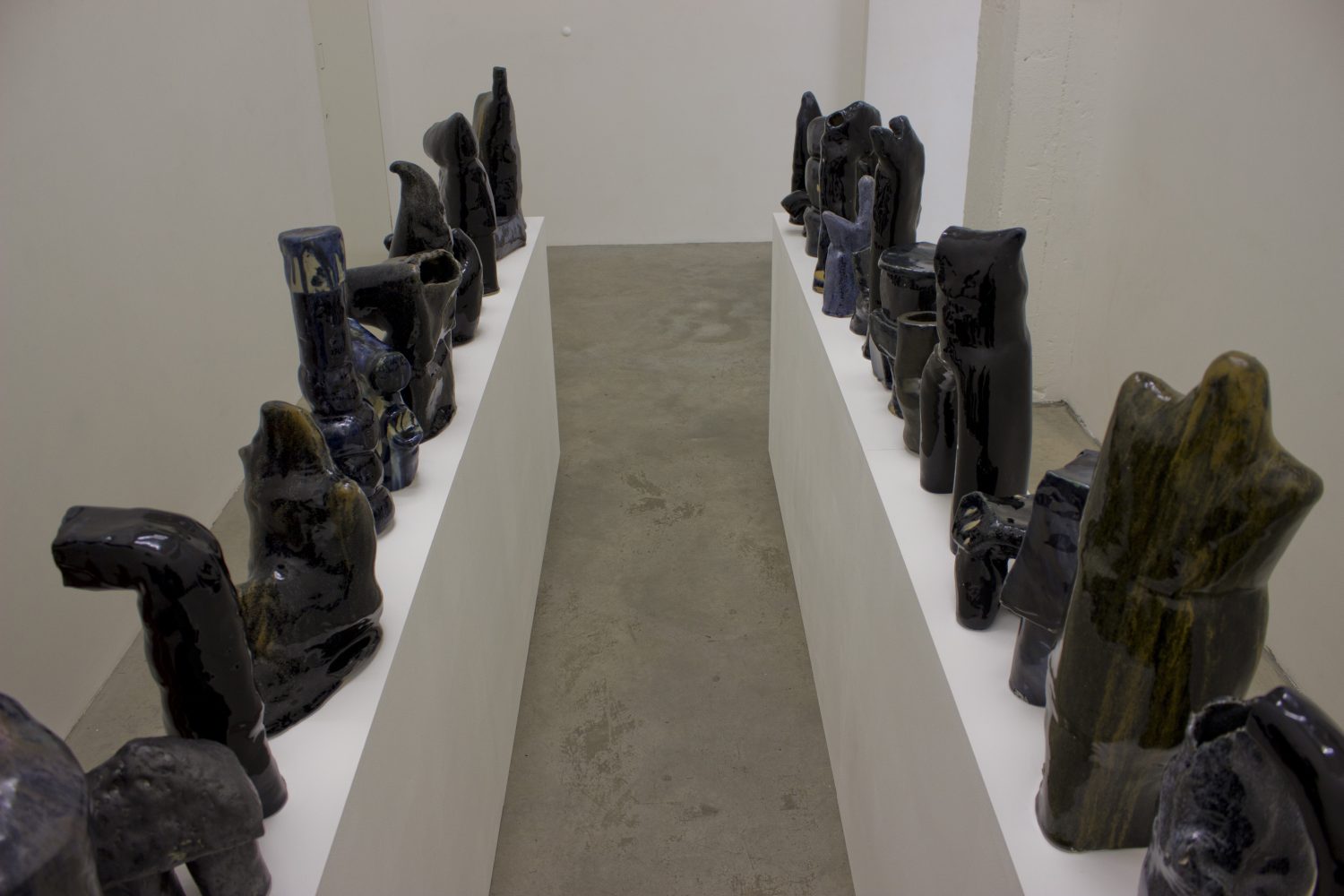 After several weeks of not painting I went into the ceramics workshop, took out a bunch of bags of clay and I started drawing with it.
I was interested in the line and how I can achieve a more diagrammatic reading of an object or a group of them. As I went on in the process and at about the tenth object… this interesting fluctuation of the figure and body became more and more apparent, as if they were in this endless recycling process, they started to unfold and others folded on themselves, some branched out into unsuccessful attempts of more complex structures and organisms.

The work is more of a sketch than anything else really, it was me sketching with clay in ‘real time’. The clay is incredibly receptive of every hand movement, pressure, temperature and moisture, and suddenly I have this mass of undefined appearance which I am able to put into shape and being, which is the total polar of the sketched pencil line.

The work as an installation of thirty-six objects was finished when I first installed the linear layout for the ‘Rundgang’ show in Staedelschule, up until that moment, all of these pieces were everywhere in my studio; on the shelves, on top of the cabinets, on the floor, etc… like a scattered toolbox.

The line was straight and in the middle of a large room surrounded with other artists paintings on the walls…and it was at that moment when the title of the work came to me. ‘Some Things Fall Faster Than an Anvil’, the sculptures all of a sudden grounded the whole atmosphere in the room, some of the figures and shapes found in the paintings started to fall apart and translate into dystopian utilitarian objects and totems of past belief systems.