The Buildings Within Us 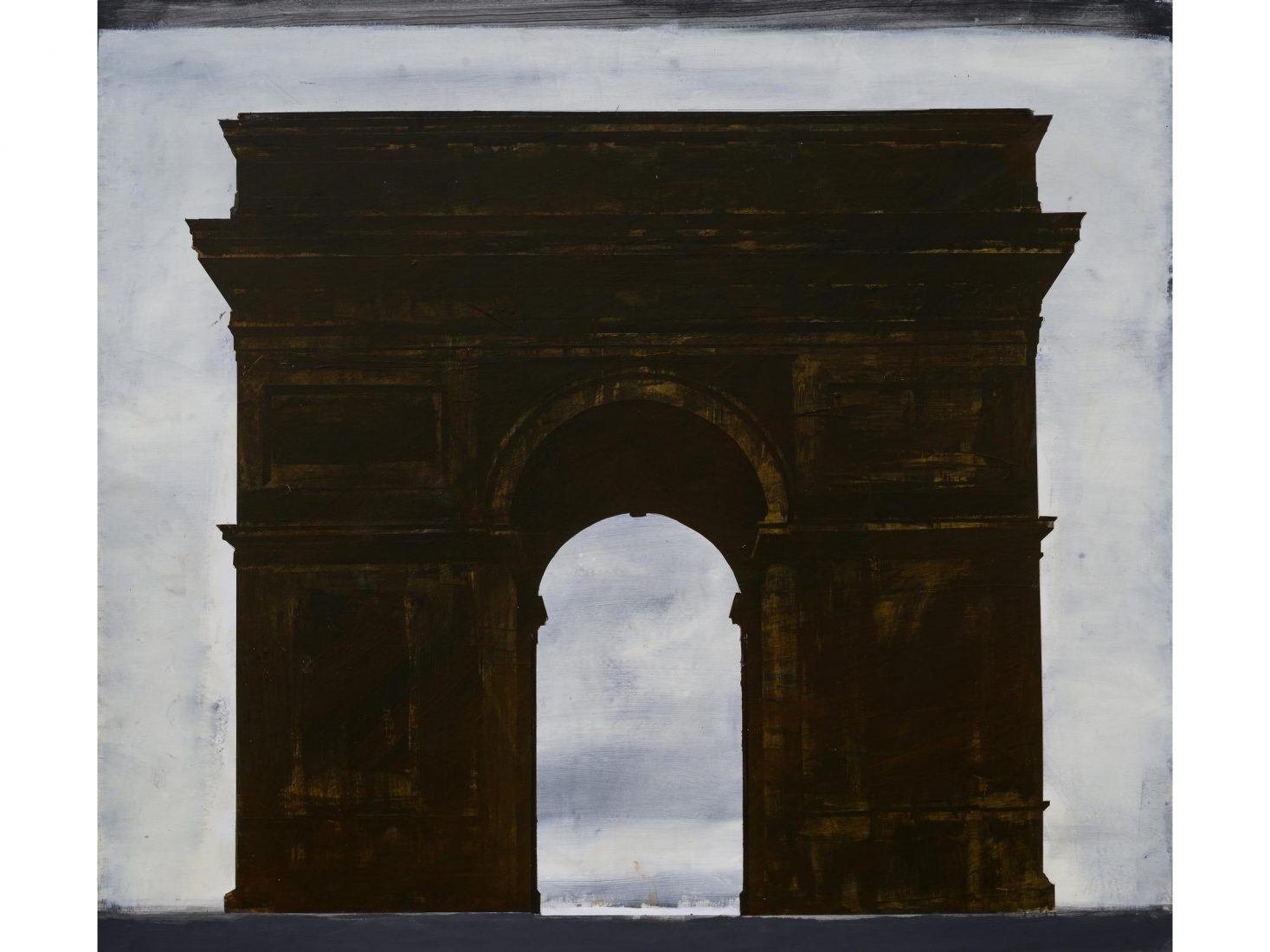 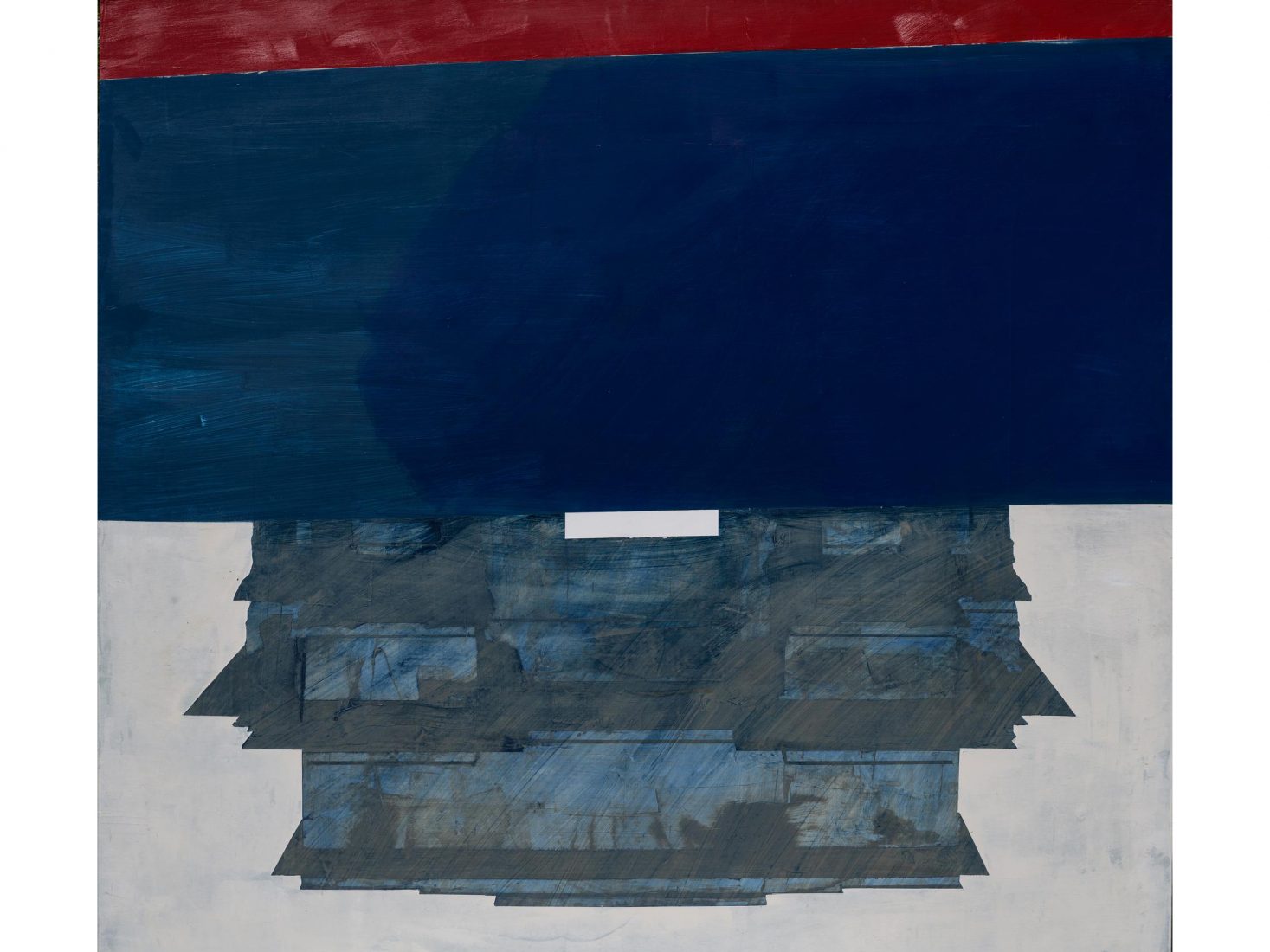 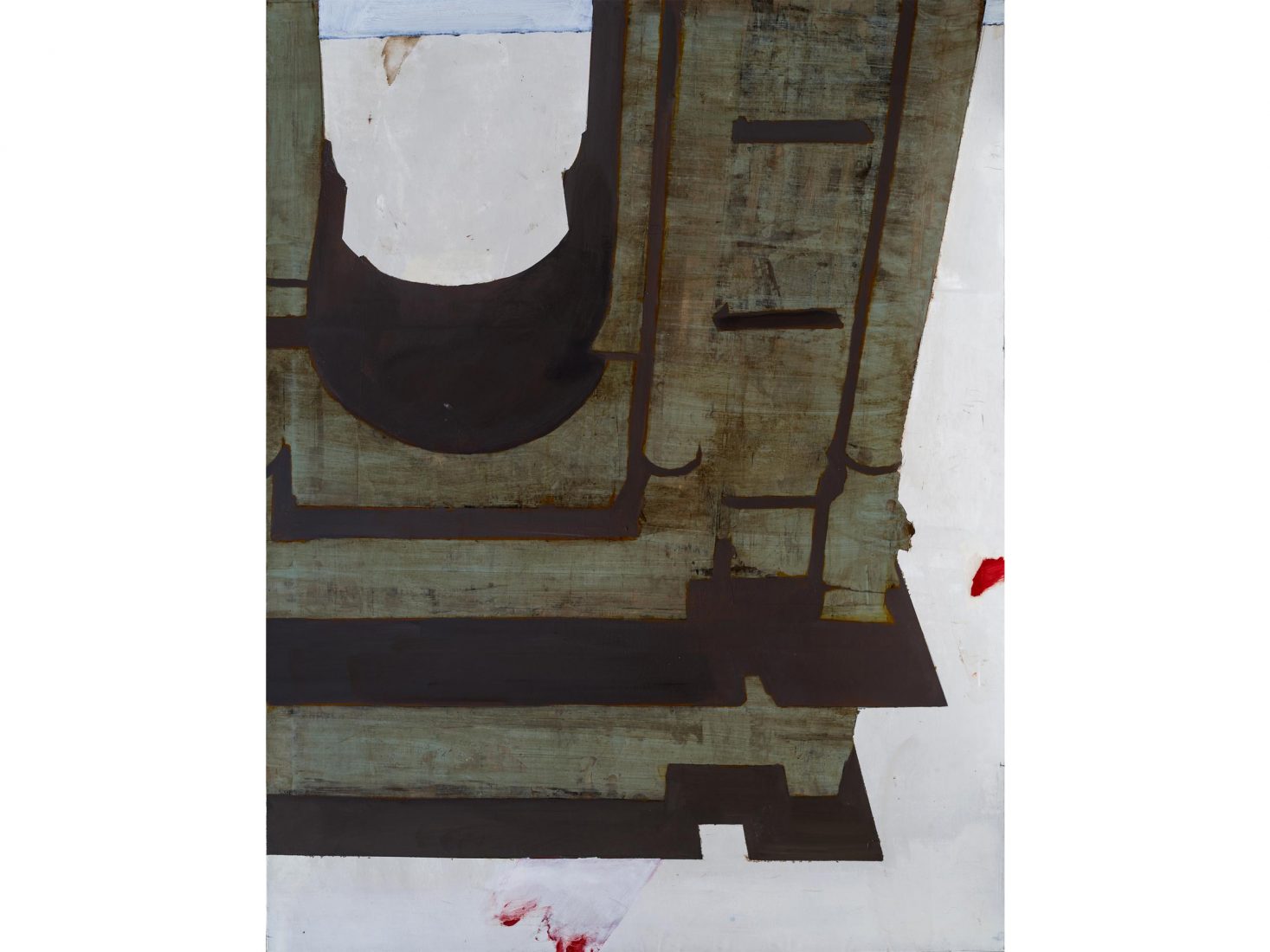 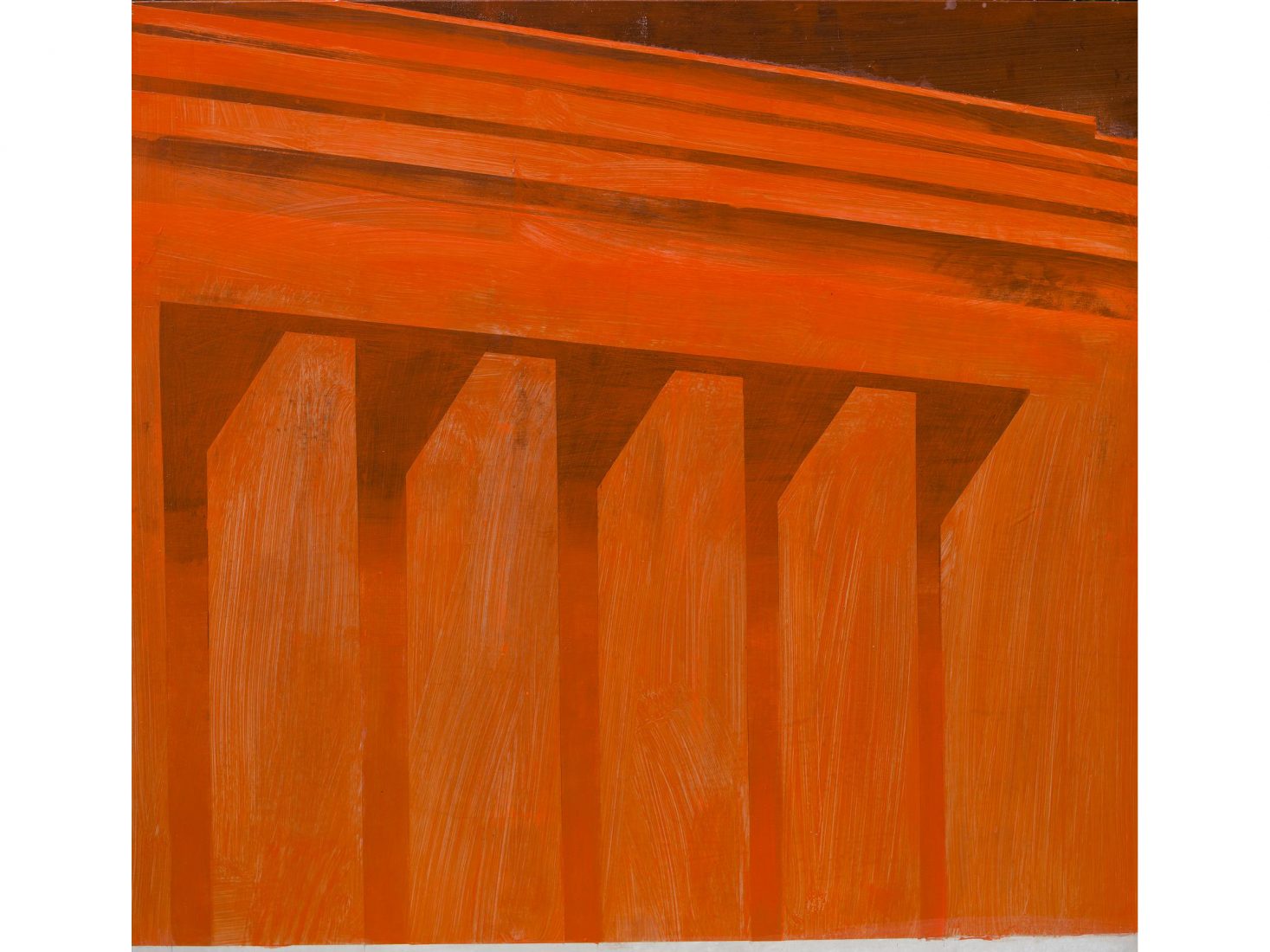 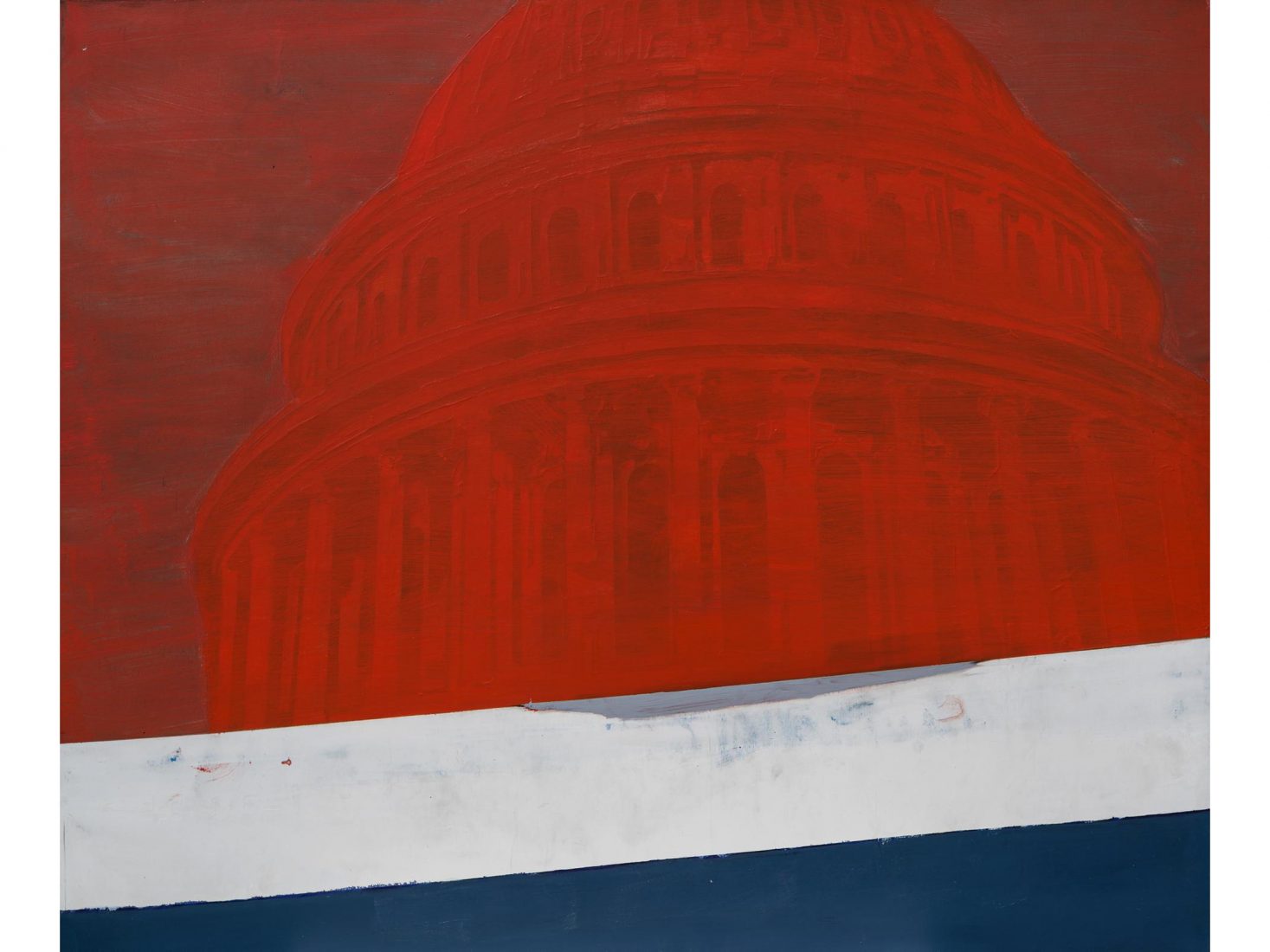 Ivo Bistrichki is among the authors who calls the spade a spade without being didactic or using poster techniques. His works have addressed global issues related to politics, economy and ecology for the past more than 10 years. The artist has created strong and memorable images combining past and present, facts and mythologies, reality and utopias so as to achieve maximum effect. He often uses various means of expression such as offset plates, perforation and scratching of the surface.

Ivo Bistrichki has deliberately stuck to the field of pure painting in his latest series of works entitled “The Buildings Within Us” created specially for the Structura Gallery. He has exhibited a portrait gallery of buildings of power: the Mausoleum of Georgi Dimitrov and the Party House (now the Council of Ministers) in Sofia, the Triumphal Arch and the Luxor Obelisk in Paris, the US Capitol Building in Washington, the Gate of Heavenly Peace in Tiananmen square, the Brandenburg Gate and the Parthenon in Athens among others. By using only the means of painting the artist has removed the decorative details and exposes his objects to the extreme. In this way he has brought to the surface their symbolic meaning.

According to the artist himself the motive for creating those paintings has arisen from his dissatisfaction with what is happening in his own country and in the world. Despite the change of values and models in the last 20 years the attempts at a radical change have been unsuccessful and the hope has been exhausted. The chance of the individual to oppose the system has been continuously decreasing.

There is no human presence in the exhibition except the self-portrait of the artist. It has no eyes and the skull resembles a geometric structure. The buildings have penetrated us and we ourselves have turned into empty dwellings. In the paintings the spirit has been displaced by the architectural images of power in most cases symbols of victories and conquests, of wars and supremacy but essentially dead. Monuments of anti-freedom, of anti-humanity. Colour symbolism is not sought on purpose but subconsciously dominates the red colour – the colour of triumph but also of blood.

The specificity of the buildings does not matter – their authentic image has been removed. They are symbols of power and metaphors of depersonalization. Some of the objects have been turned upside down. Thus the author immediately shows us that despite the immaculate architectural model there is something wrong with the system. The idea has been reinforced by the image of a fountain whose water flows in the opposite direction. The classic order which has become a role model has transcended the centuries but totalitarian practices have been repeated with no less success.

The exhibition in the Structura Gallery is a warning, a depopulated world inhabited by empty buildings and dominated by ambitions – a giant cemetery with no space for humans.

A catalogue has been published for the exhibition.

Ivo Bistrichki is born in 1971 in Blagoevgrad. Lives and works in the village of Laka, Burgas region, Bulgaria. Graduated from the National High School of Plastic Arts and Design “Academician Dechko Uzunov”, Kazanlak, Bulgaria and from the St. Cyril and St. Methodius University of Veliko Tarnovo, Bulgaria, Pedagogy of Fine Art Education (Painting). Member of the Executive Bureau of the Painting Section of the Union of Bulgarian Artists (UBA). Member of the Management Board of UBA, 2016–2021. Member of the Board of Society of Burgas Artists.