Nina Kovacheva. From the Sublime to the Ridiculous 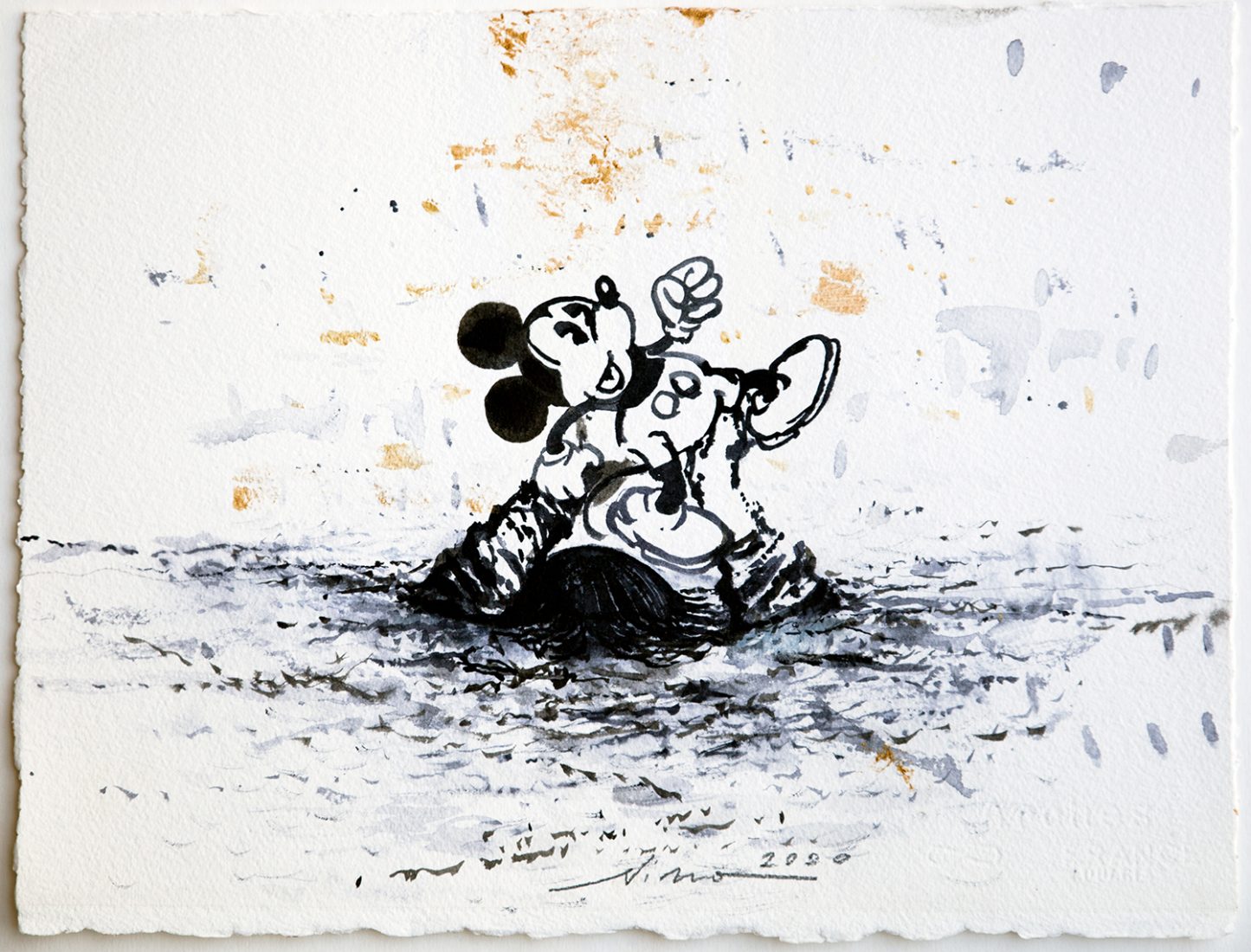 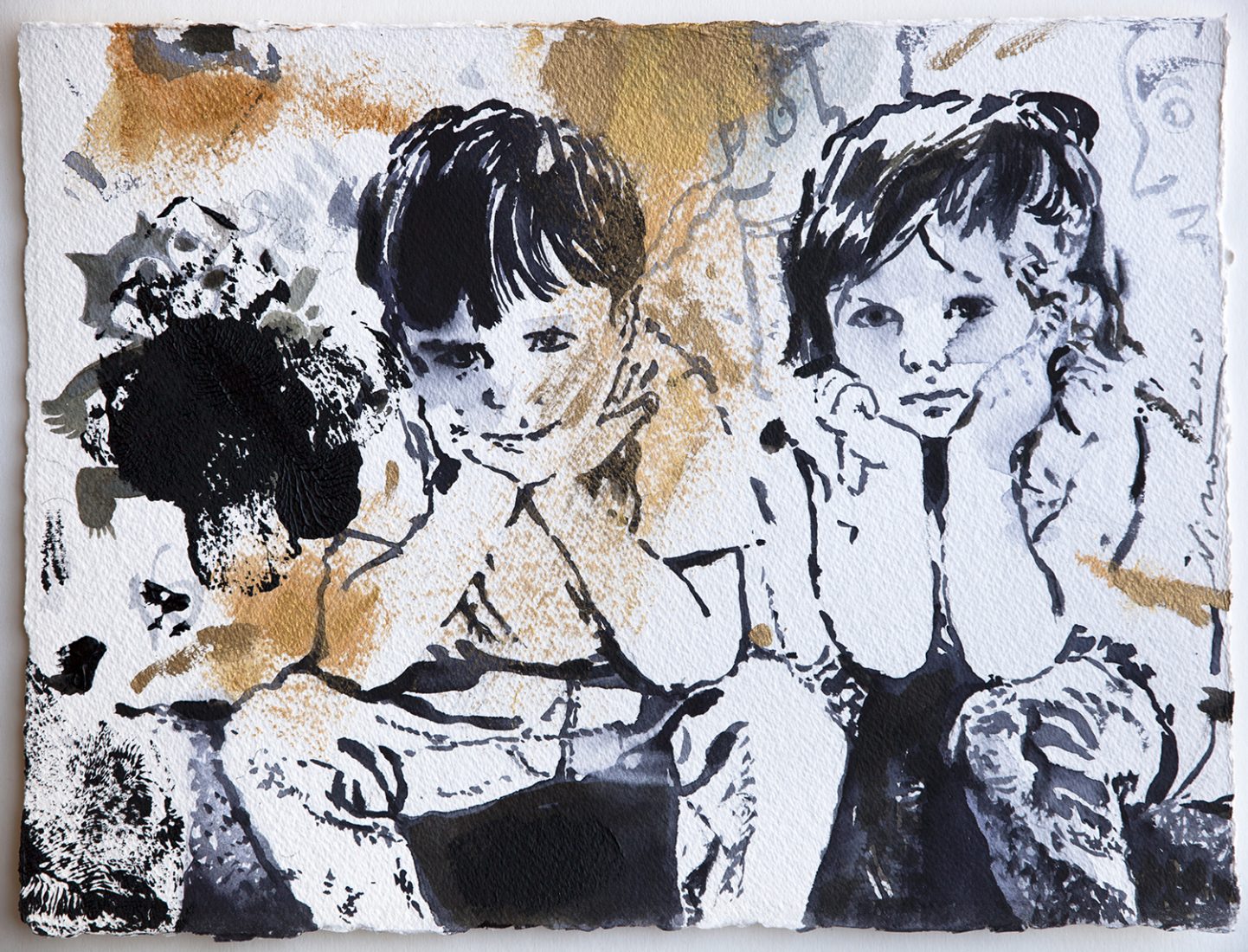 The actors in Nina Kovacheva’s newest drawings, are seemingly innocent – children, comic book heroes, familiar fantasy movie characters, all occupied with ordinary activities and games. However, the drawings are filled with global concern. The drama and emotions far exceed the small size of the sheet – 29 x 39 cm. Those characters are a tool for expressing deep feelings and turmoils. Childhood innocence is the prism through which the fears of today become even more apparent.

Here is what art historian Dimitar Kambourovwriters about Nina Kovacheva’s work:
„In her more recent works she plays mainly with the infantile, be it through shooting of arrangements of children toys, be it through direct depictions of children and teenagers. Of course, the infantile is provoked be it through biblical subjects, be it through firearms. Toys, often broken, ripped or otherwise disfigured, children, firearms and dead animals create her seemingly infantile funny-scary fairy-tale.Up to here with “innocence”: firearms in the hands of flatly and seductively smiling children are de-semantised as in Husqvarna ads putting drills and saws in female hands. Defaced dystopia-like lack of aggression in the pure implementation of firearm taking place through the beauty of its potential efficiency rather than through its target or result, creates the calm horror-effect of this images. Particularly powerful among them are two groups of drawings.“

Nina Kovacheva uses a manner of work that allows her to articulate in the deepest way possible her statement- close-ups, cuts, floods of paint. The usually positive gold pigment, here emphasizes the depth of the disaster even further. The artist uses this colour, both in her drawings and in her painting, together with the black (the white comes from the paper itself or the primer). Gold is an allegory/irony to a lost and/or simplified paradise. The paint is applied by spilling, smudging, the drawing sometimes looks like it ismistaken and roughly repaired. „Nina’s mastery as a drawer is of such a high class, that she was apparently looking for techniques to harness the pressing complacency of virtuosity in critically merciless icons of contemporaneity with its empty, sexy, smashing and suicidal infantilism.“ (Dimitar Kambourov)

Art historian Lóránd Hegyi writes about the artist’s solo exhibition at the Museum of Modern and Contemporary Art in Saint-Etienne, France: „Nina Kovacheva’s drawings appear as seductive and confusing,  sensual and playful, both carefree and utterly serious, sparse and yet densely packed with meaning. With stunning ease, the artist combines diverse motifs and connotations, intimations, memories and citations, thus creating a visual world that is both eclectic and coherent. Its unmistakable coherence stems from a specific, scenic narrative that demonizes apparently childlike, naïve innocence, and escalates the unsettling and destabilizing ambiguity of the scenes depicted to absurdity, thus stimulating an almost uncomfortable intensity of perception. Without warning, confusingly and frighteningly, the seemingly playful narrative unexpectedly flips into malevolence, cruelty and violence, without transition or explanation, and with no wider contextualization. This permanent transformation of the content and psychology of the various figures and objects invigorates Nina Kovacheva’s visual world and disrupts comfortable, effortless, banal and clichéd ideas of good and evil, of well-known, familiar situations and of improbable events.“