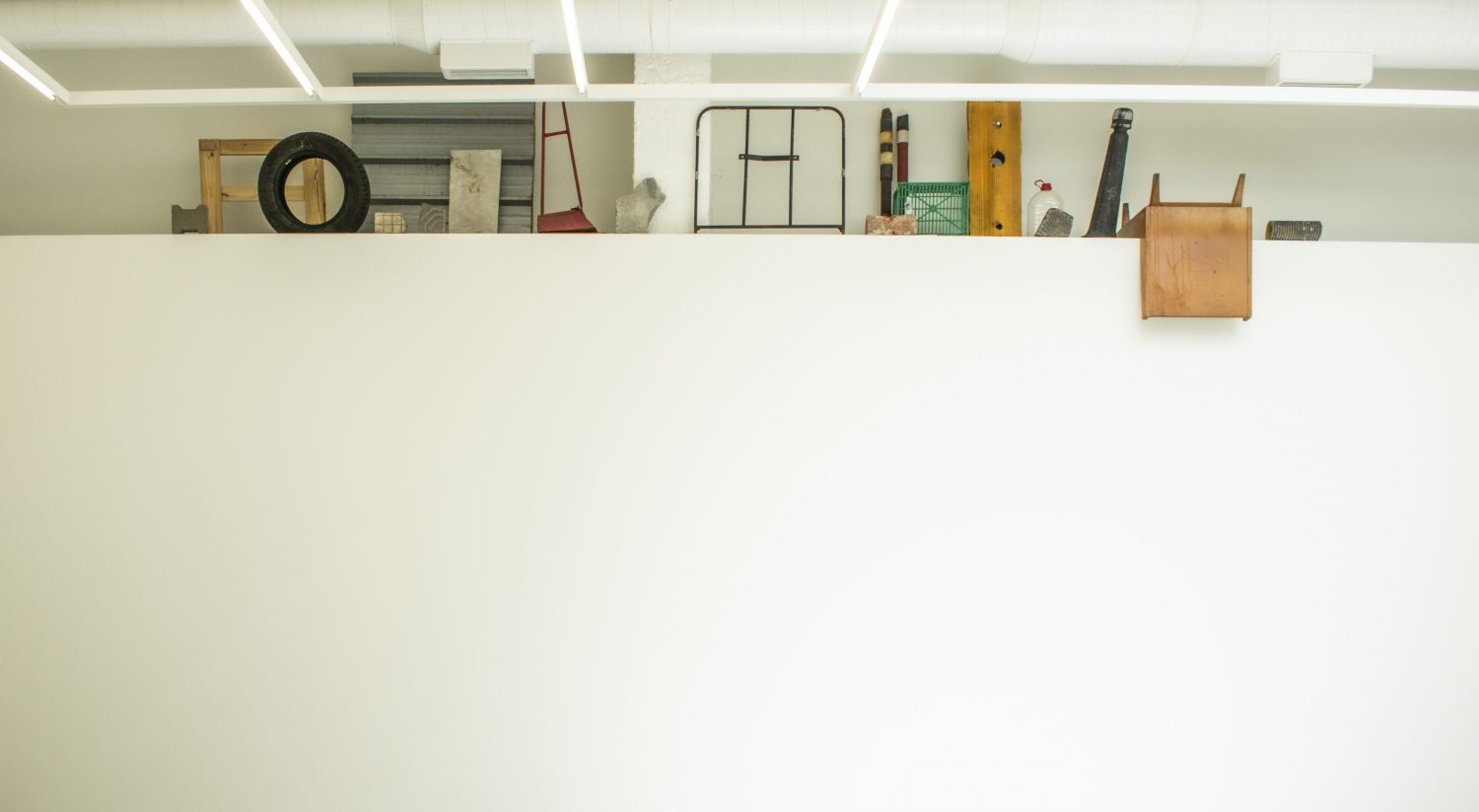 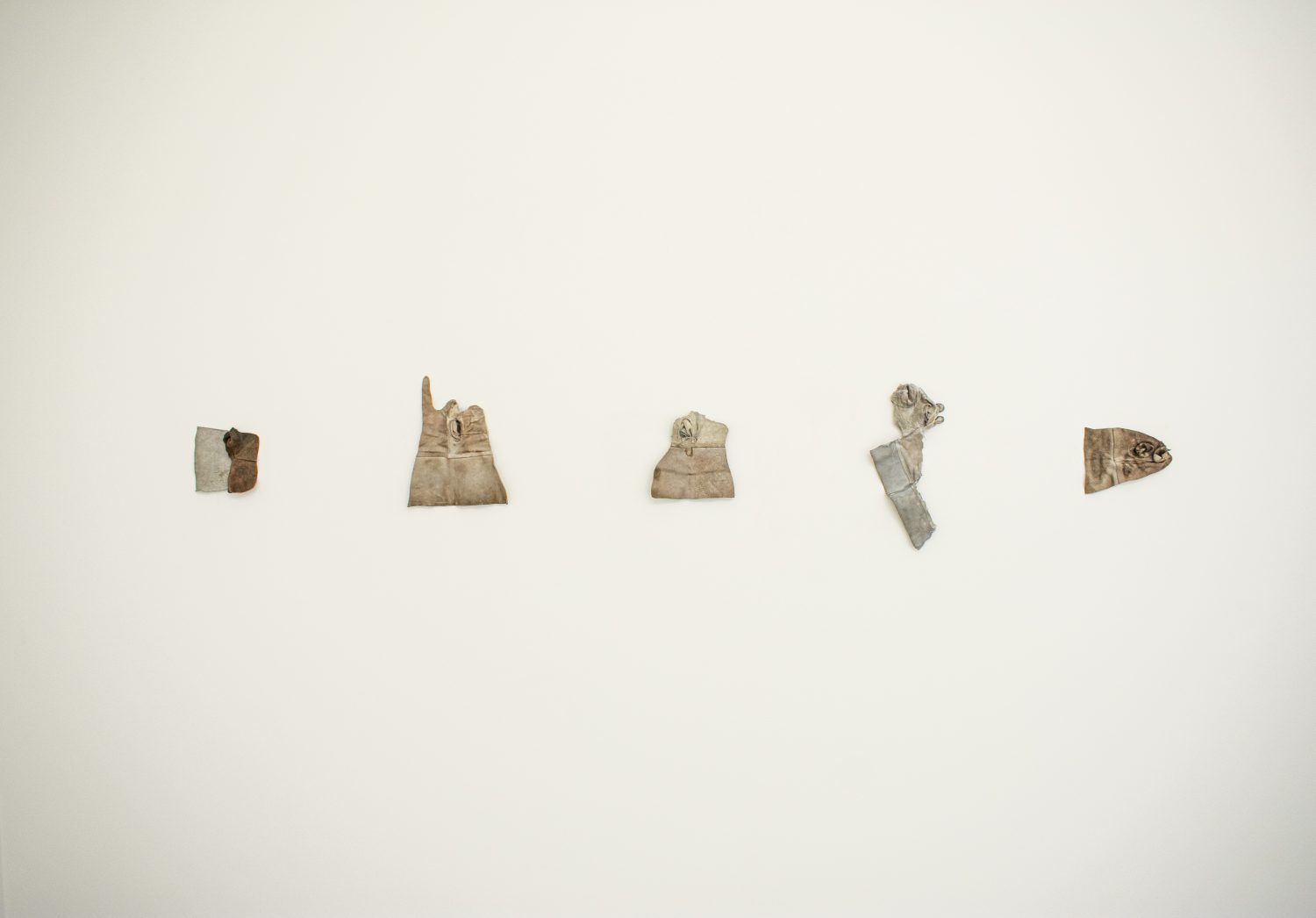 Luiza Margan. Under the Skin, 2013-2021, leather, objects collected in the shipyard "3rd of May" in Rijeka, Croatia, dimensions variable 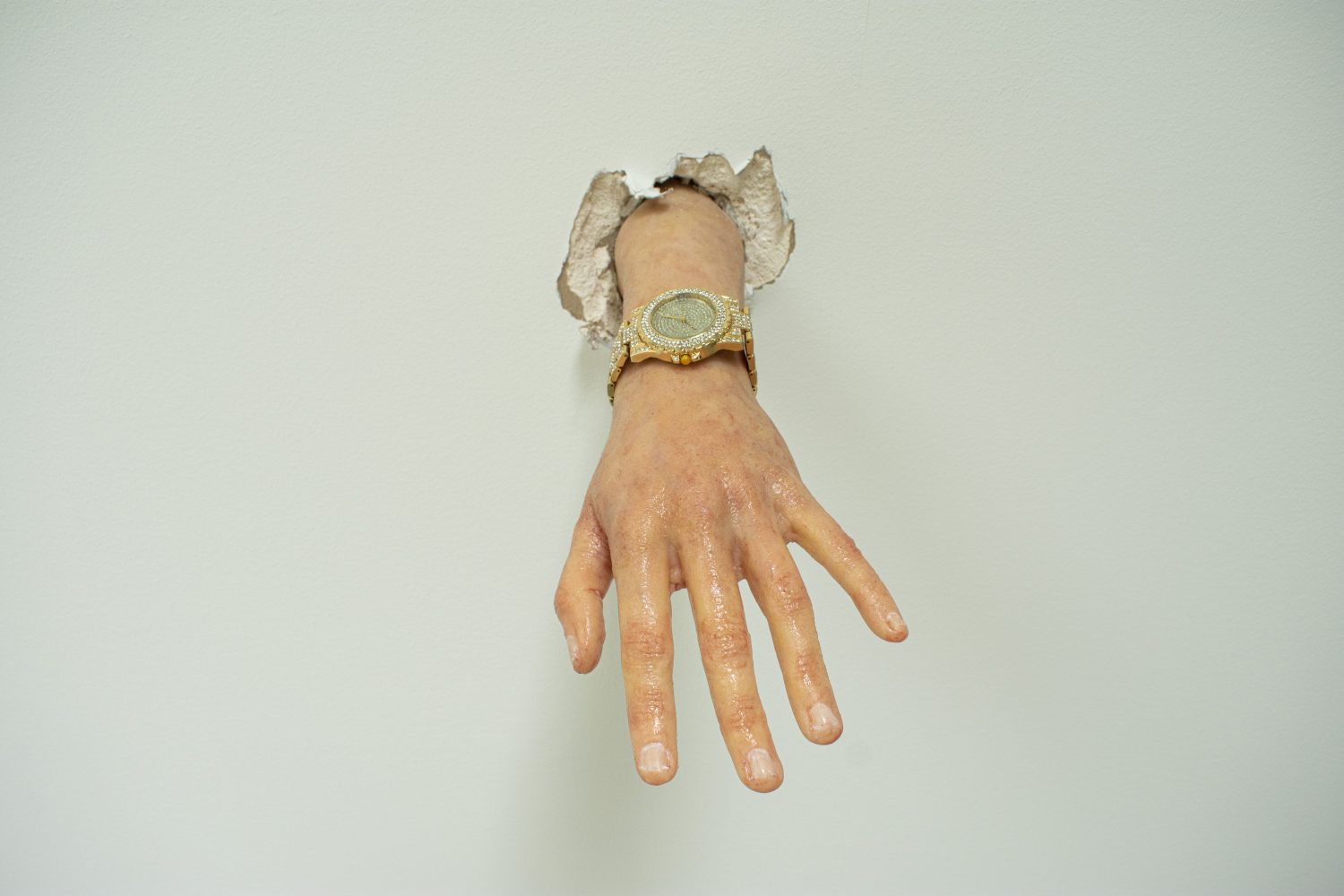 Dion Zeqiri. For The Man Who Laughs Above Us, 2021, real size silicon hand, watch 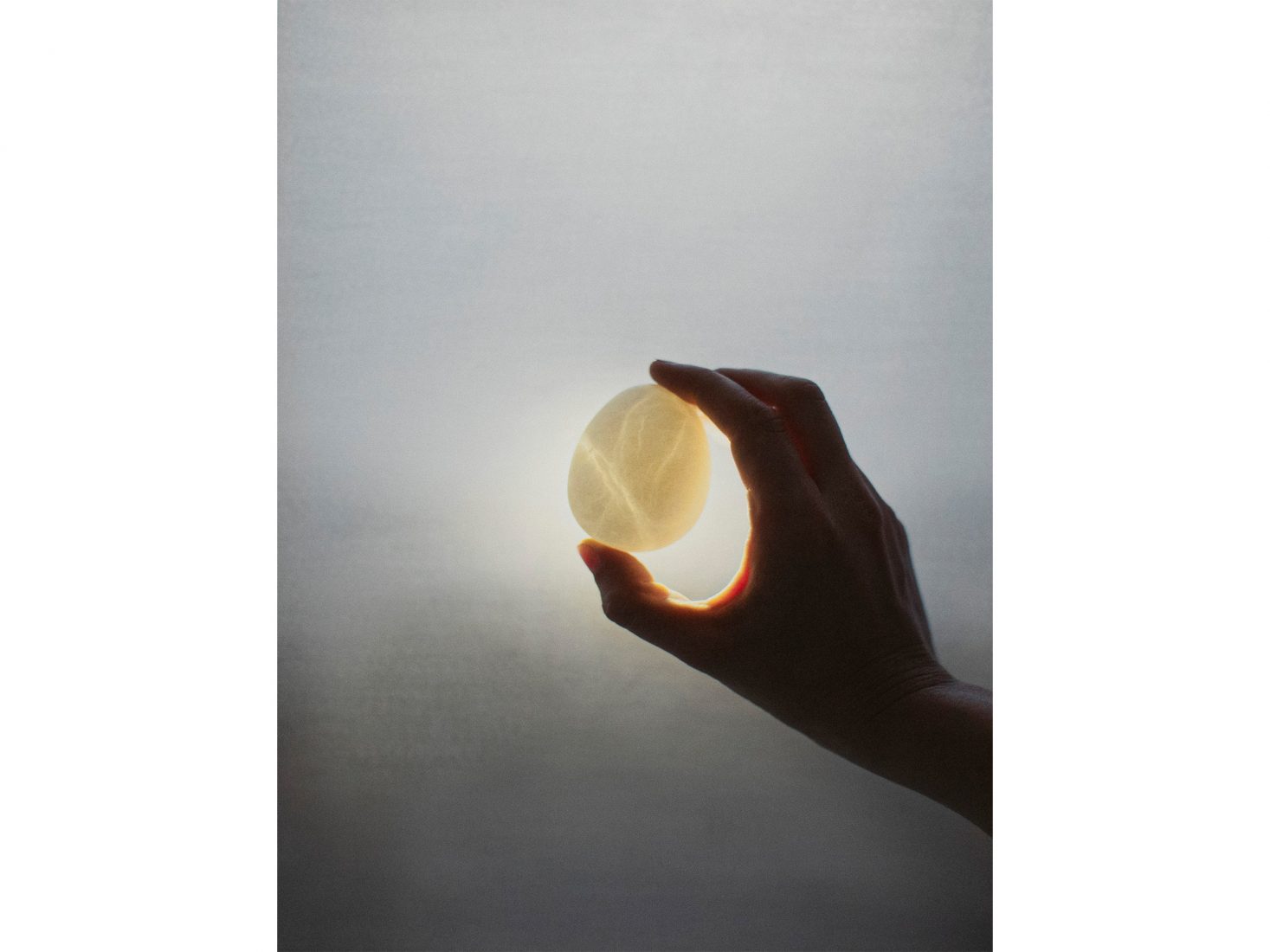 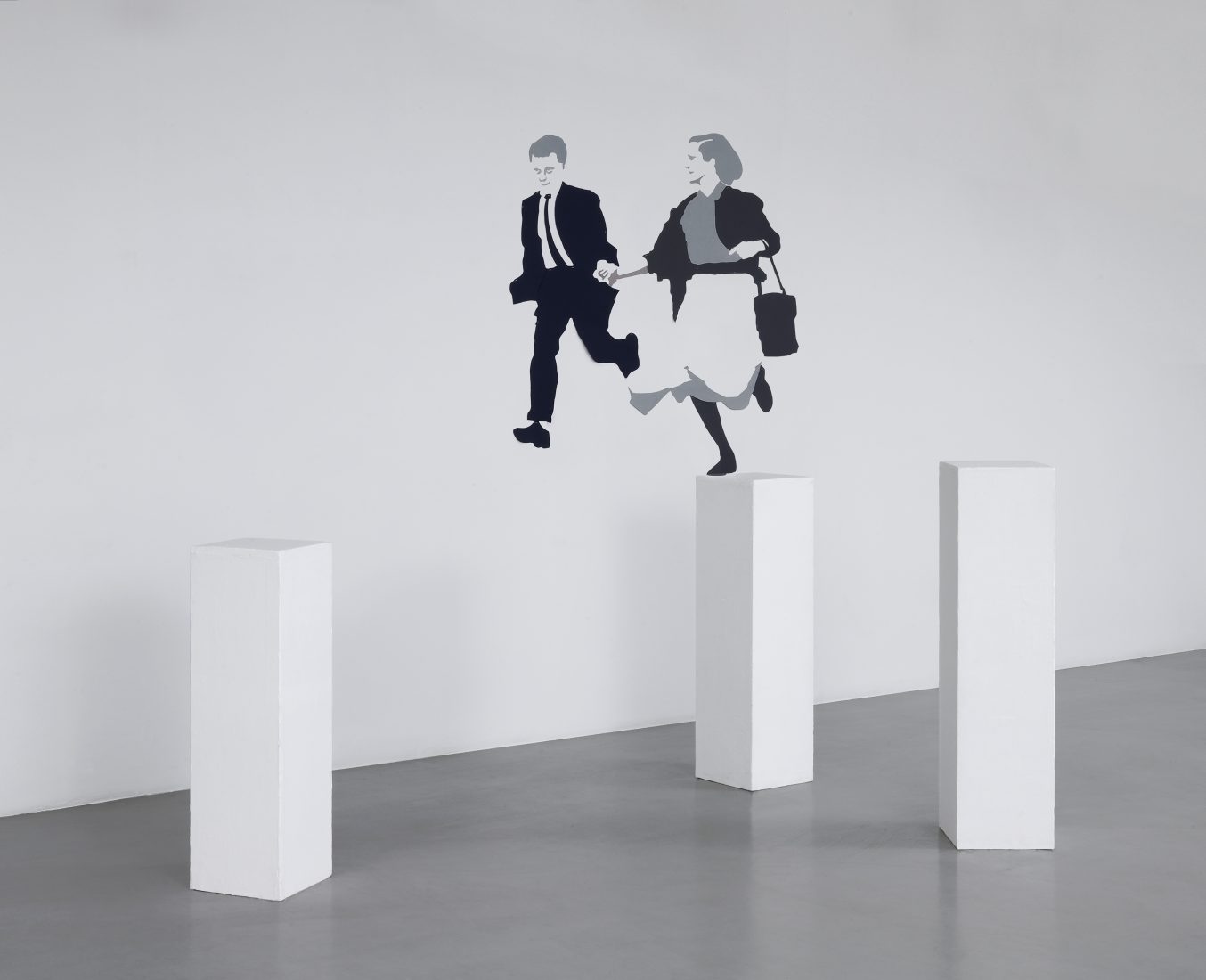 Leda Ekimova. Violet From Which is Dripping Blood, 2021, pencil on paper, dimensions variable 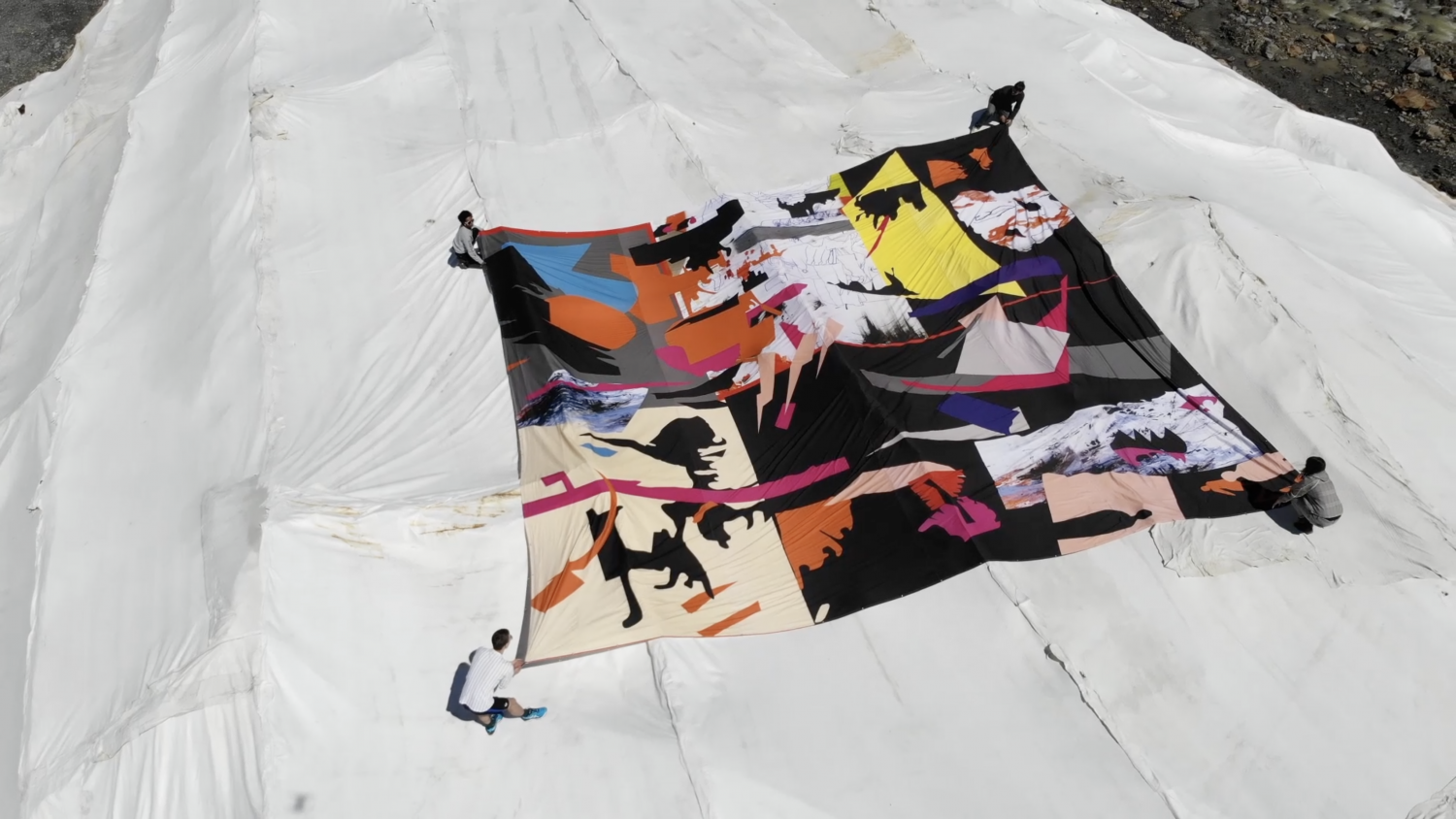 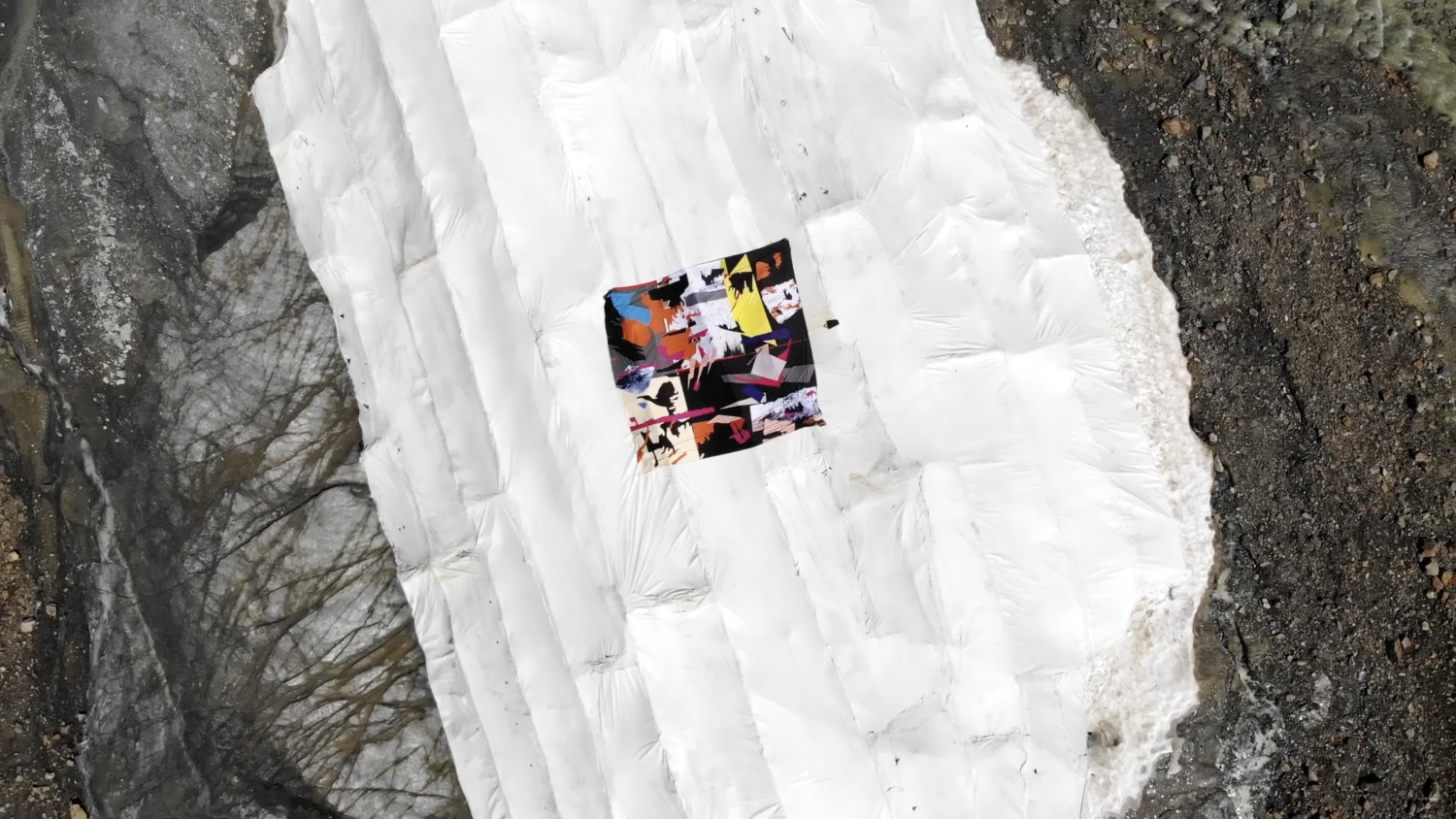 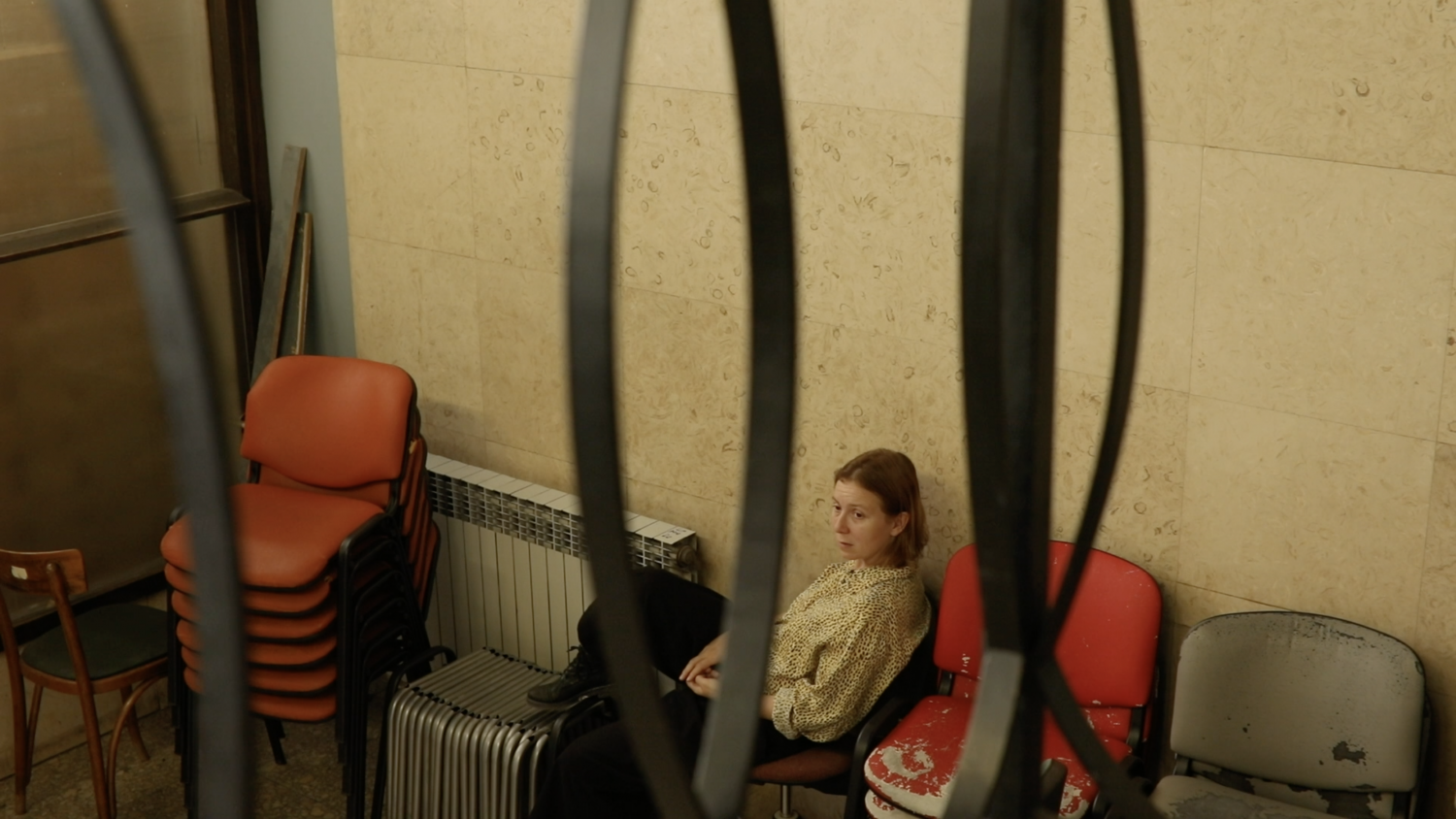 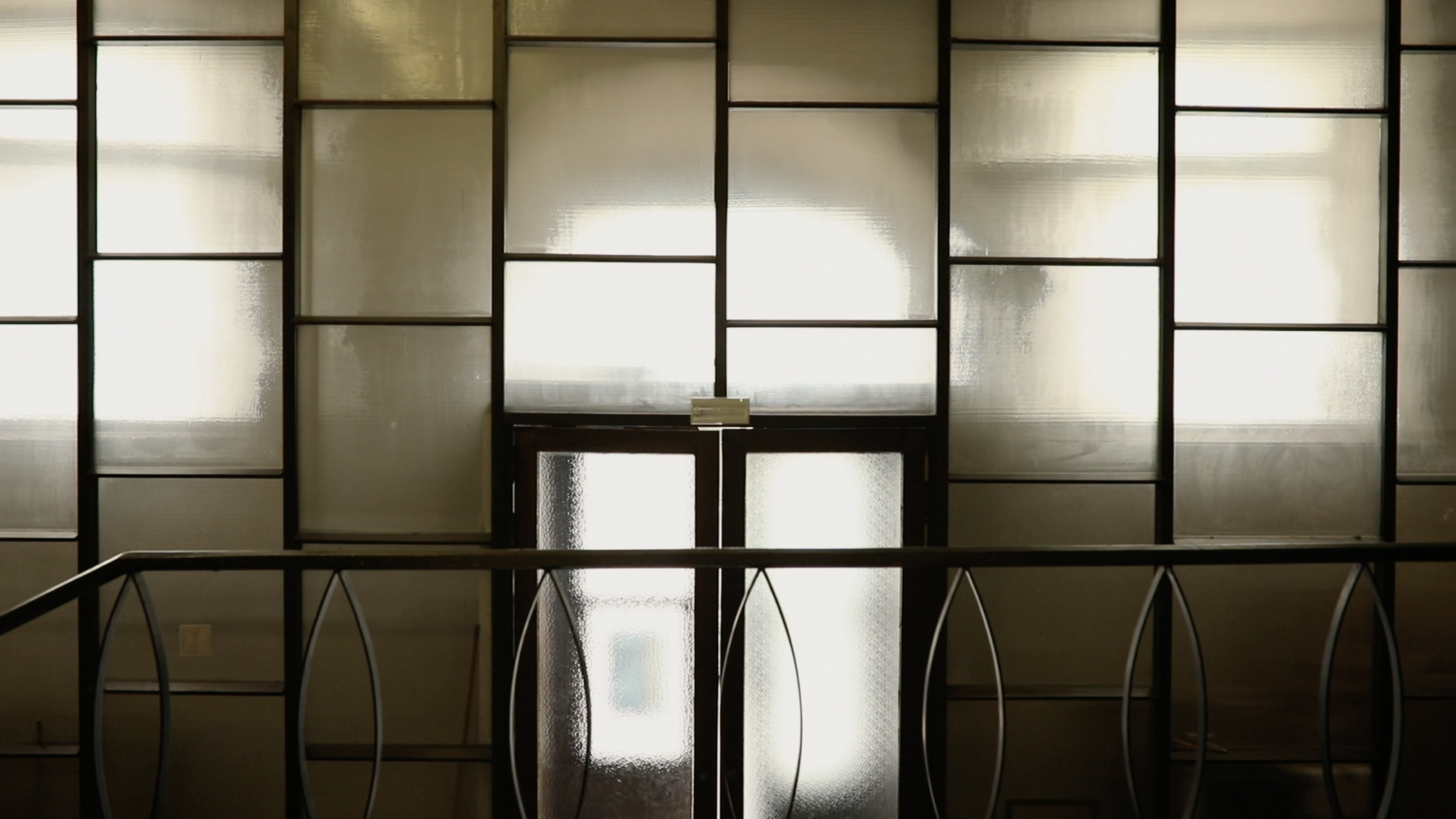 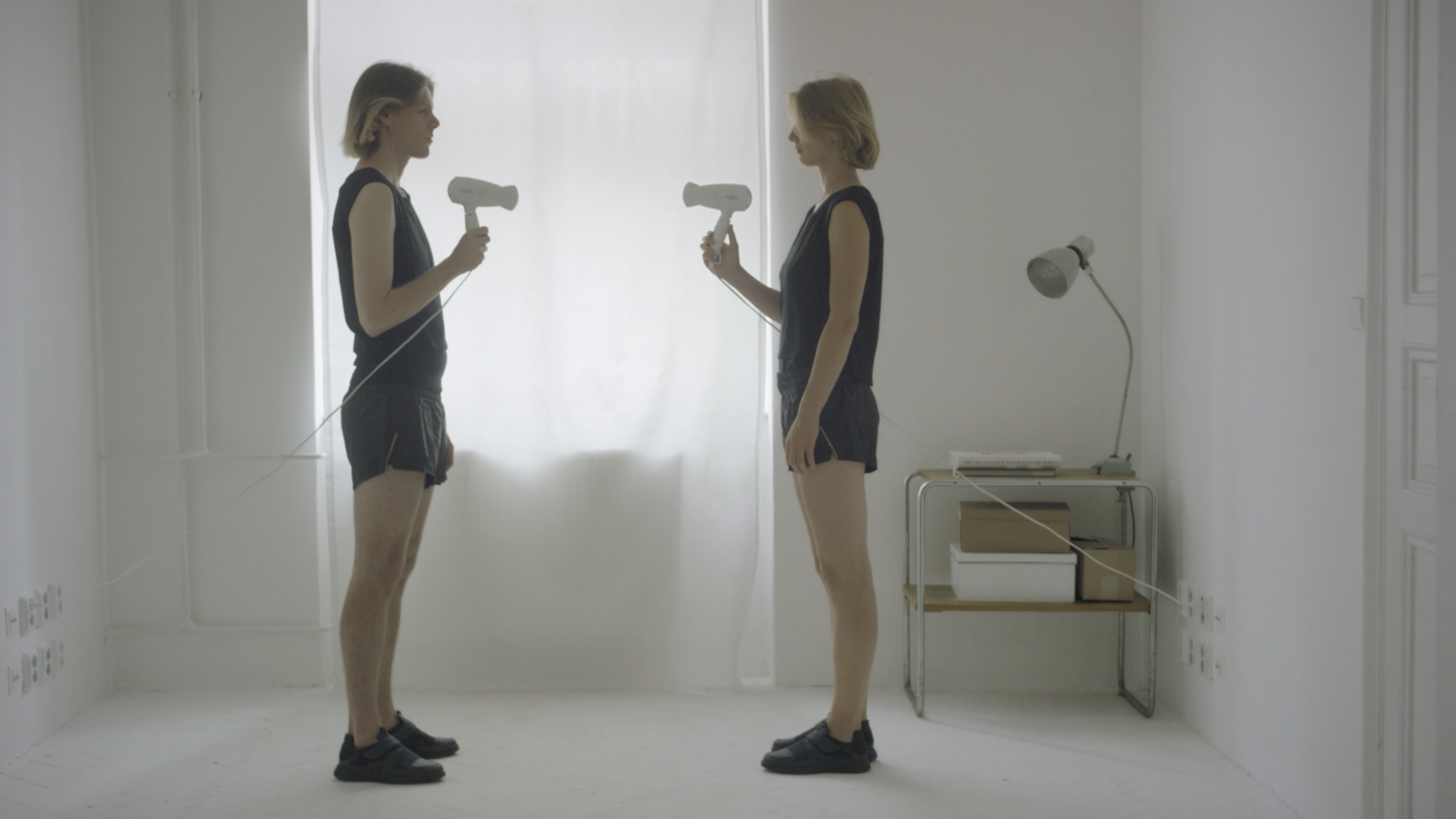 With the support of Trust for Mutual Understanding and Residency Unlimited, New York

This past year exposed many problems that have been piling up for decades. It made them more clearly visible and more painful. At the same time, it seemed that the conversation about them became easy and open. There’s a general feeling about the inevitable urgency of that talk prompting the participants to take a bolder and more direct approach.

Contemporary art often has the function to speak out loud things that are otherwise not publicly admitted. In times when excessive “political correctness” is about to eradicate every balanced opinion and stifle the voices of truth, art remains an oasis of free speech. More and more it becomes a reality check and a specific reflection of the real world, where we can see all of its flaws and imperfections.

The exhibition presents 6 artistic statements by winners or nominees of some of the awards of the international network YVAA (Young Visual Artists Award) – https://www.yvaawards.org. Established back in 1990, this is one of the longest-running cultural exchange programmes between the United States and Eastern Europe. The initiative had originally come from Czechoslovakia, where Wendy Luers, the president of the Foundation for a Civil Society, together with several dissident artists and with support from Václav Havel, set up the first young artist award constituting an art residency in New York. Today, similar competitions managed by local non-profit cultural entities exist in twelve European countries (Albania, Bosnia and Herzegovina, Bulgaria, Croatia, Czech Republic, Hungary, Kosovo, Macedonia, Montenegro, Serbia, Slovakia and Slovenia).

For the 31 years that have passed since, hundreds of artist benefited from the international award network. Many of them have been hugely successful and enjoy remarkable careers today. In 2011-2012, an exhibition featuring 19 participants was organized at the National Gallery of Bratislava. Today, we display a sample of the work of six exciting authors, each on different artistic stage. Some are already well-established, other are just starting their creative path. The selection criteria have been the quality of the works, but also the firm positions on publicly important matters taken by the artists. Their means of expression and techniques are widely diverse. What has served as a unifying factor is their desire to show the surrounding world „bare to the bone“, in all its attractive and forbidding aspects. It is exactly that approach, which allows us to experience a reality frequently more real than the visible one.

Luiza Margan (b. 1983, Rijeka; lives in Vienna and Rijeka) studies Painting in Ljubljana and Performative Arts and Sculpture in Vienna. In her work she explores relations between the private and the public sphere and looks at the ways public space and cultural identities are established through inscription of historical narratives and ideological shifts, as well as the role of art within them. By dissecting historical, ideological, or aesthetic value systems, she creates new readings of public space, social relations and their future imaginings. Her works are informed by archives, field research, walking and performative use of her body and are often shaped by collecting and re-contextualizing of various found materials into new objects and environments.

Johana Střížková (b. 1984, Jablonec nad Nisou) graduated from the Academy of Fine Arts in Prague at the studios of Miloš Šejn, Veronika Bromová and Jiří Příhoda. She has spent one semester at the Cooper Union School of Art in New York. The works by Střížková, whose focal point lies in performance and video performance as well as in object and photography, have a fine grasp of the corporeality of man, his daily activities and the objects that he manipulates and that surround him. The artist is characterized by a pure, minimalist aesthetics representing the (un)common reality as a fragile symbiosis of animate and inanimate beings. Střížková has introduced her work primarily at Czech independent galleries and institutions such as the Emil Filla Gallery in Ústí nad Labem and the Ferdinand Baumann Gallery in Prague.

In 2016 Johana Střížková was amongst the finalist of the Jindřich Chalupecký Award, Czech Republic.

Igor Eškinja (b. 1975, Rijeka) lives and works in Rijeka, Croatia. He studied painting at the Accademia di Belle Arti in Venice (2002). “Igor Eškinja constructs his architectonics of perception as ensembles of modesty and elegance. The artist ‘performs’ the objects and situations, catching them in their intimate and silent transition from two-dimensional to three-dimensional formal appearance. Using simple, inexpensive materials, such as adhesive tape or electric cables and unraveling them with extreme precision and mathematical exactitude within strict spatial parameters, Eškinja defines another quality that goes beyond physical aspects and enters the registers of the imaginative and the imperceptible.” – Adam Budak

Leda Ekimova (b. 1980, Svishtov; lives in Sofia) graduated from the Mathematics Gimnasium, Pleven, in 1999 and from the National Art Academy, Sofia, in 2004 with a BA in Fashion Design. She is a co-founder of Eskimo Association for Contemporary Art and Culture, founder of the Pistolet Gallery and the Chaika fashion line. She works in the field of fashion, theater and visual arts: drawings, objects, installations, performance. In her art works, Leda Ekimova explores the “illicit” territories of the human soul and reveals those repressed feelings that are a simplex of the social norm.

Dion Zeqiri (b. 1996, Prishtina) completed his bachelor studies in interior design at the University of Prishtina (2018). He works with various mediums such as: installation, sculpture, video and readymade objects. Dion Zeqiri’s art practice is often rooted in his personal experience. In his work he examines topics such as the transformation of urban spaces, the relationship between institutions and society and (non)functionality of the human body. He worked on empowering subjects by reinterpretating actual emotional or physical conditions.

In 2018 Dion Zeqiri was amongst the finalist of the Artist of Tomorrow Award, Kosovo.