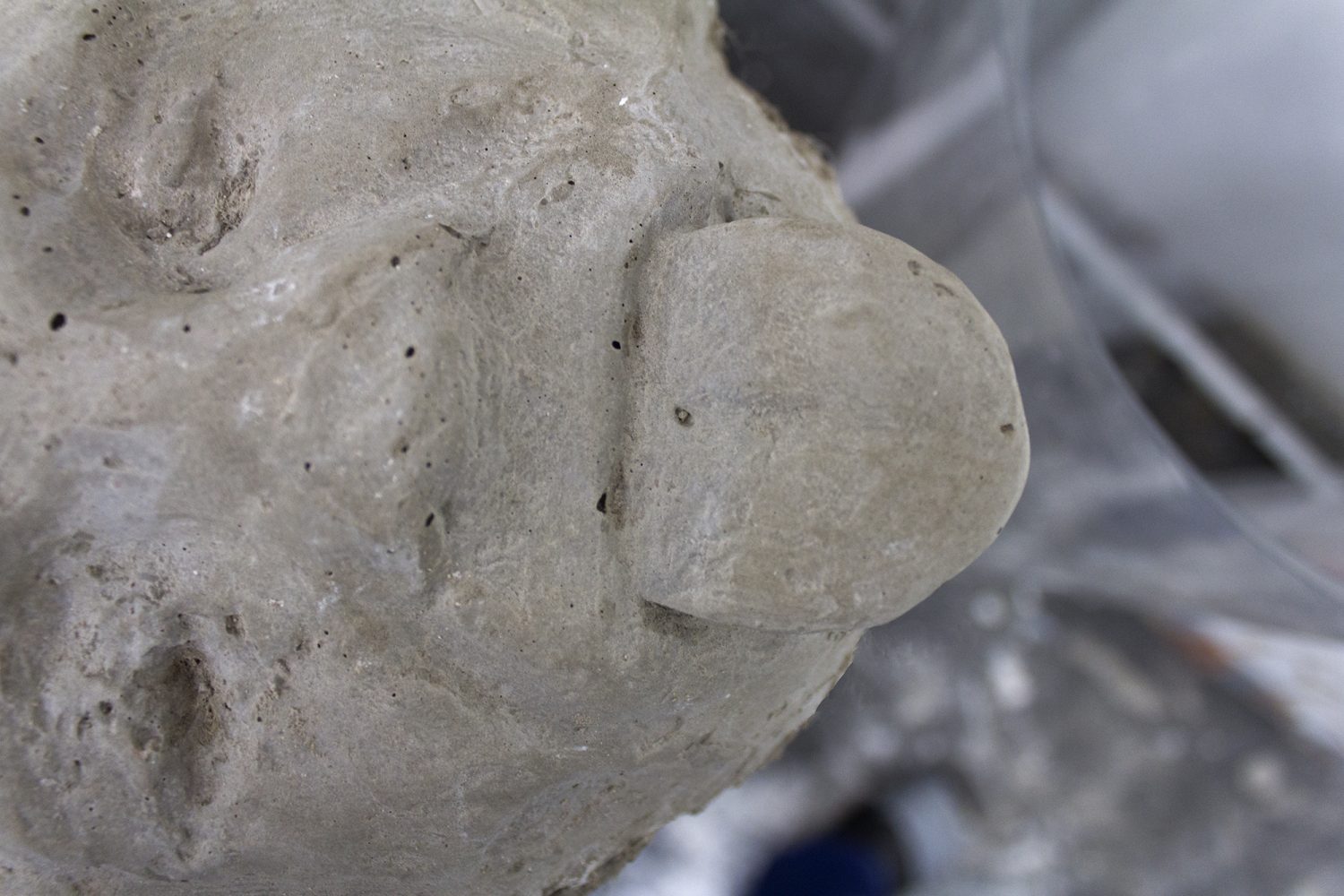 Structura Gallery is pleased to present new works by Luiza Margan in the frame of the project ZONE1, curated by Fiona Liewehr.

By combining a documentary approach with poetic imagery, Luiza Margan’s practice investigates the socio-economic aspects of everyday life, and their manifestations in public space and in art production. Behind the delicate elegance of her work lies engaged observation and analysis of the historical and political context of spaces and the labour conditions embedded in them.

As a person who grew up and was formed by two realities – that of socialism and that of developing capitalism, she explores the relations and tensions related to both. In her new body of work, Abstract Muscle, Margan continues her quest and interest into the various forms of labour representation, the wider legacy of labour movements and their historical implications, and the way in which all of this is rationalized into contemporary art.

Historically, these forms are strongly linked to design, architecture and public space. This is particularly evident within the context of modern housing communities and everyday life, largely propagated by the vision of new social values and egalitarianism (especially following the World Wars in Yugoslavia after the liberation from fascism in 1945 or even in the buildings and reliefs of the Red Vienna project in the 1920s). For Luiza Margan, revisiting this part of the historical legacy has particular relevance, especially today, when democratic values are being fiercely challenged by the growing nationalistic movements, across all of Europe.

In today’s post-industrial, service and information oriented society, the relation to work, one’s body, personal time, and use of public space, are all subject to rapid commercialization, whereas manual labour is often being performed by the most vulnerable and precarious social groups, such are migrants and women.

Abstract Muscle is an installation that includes several objects, spatial dividers, assembled from concrete plates and found pieces of a façade emblazoned with mosaics (obtained from a construction site of one of the Red Vienna buildings). These elements choreograph the space and in the same time serve as a backdrop for other collected and made objects; partial copies of reliefs, workers’ gloves or black plastic buckets with lurking faces of grotesque figures (also found on the same facades). Their ludistic presence speaks of the joy and sadness of being the other, the unknown, the nomad, the worker, the migrant, but also of the pure joy of foolishness and laughter…

Luiza Margan is a visual artist working within the public space – using sculpture, video and installation as her basic media. Born (1983) in Rijeka, Croatia, she grew up between the cultural harbour of the Mediterranean coast of her father’s home and the valleys of the Balkan Mountains of her mother’s tongue. Studying under the-three-headed mountain of Ljubljana and Eastern Europe’s gastarbeiter lover – Vienna, she is devoted to the polyamory with Rijeka, Vienna and Sofia and the many in-between utopias. Margan (2009-2013 – MA Academy of Fine Arts Vienna, Performative Arts and Sculpture; 2001-2006 – MA Academy of Fine Arts Ljubljana, Painting) has taken part in numerous exhibitions, public space actions and artist talks. Her works are part of several art collections; the Generally Foundation in Salzburg, Museum of Contemporary Art – 21 Haus Vienna, Contemporary Art Museum in Zagreb, Tobacco Museum in Ljubljana etc. In 2019, she was a fellow in the Akademie Schloss Solitude in Stuttgart.