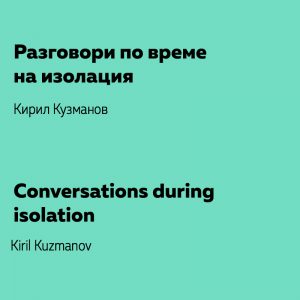 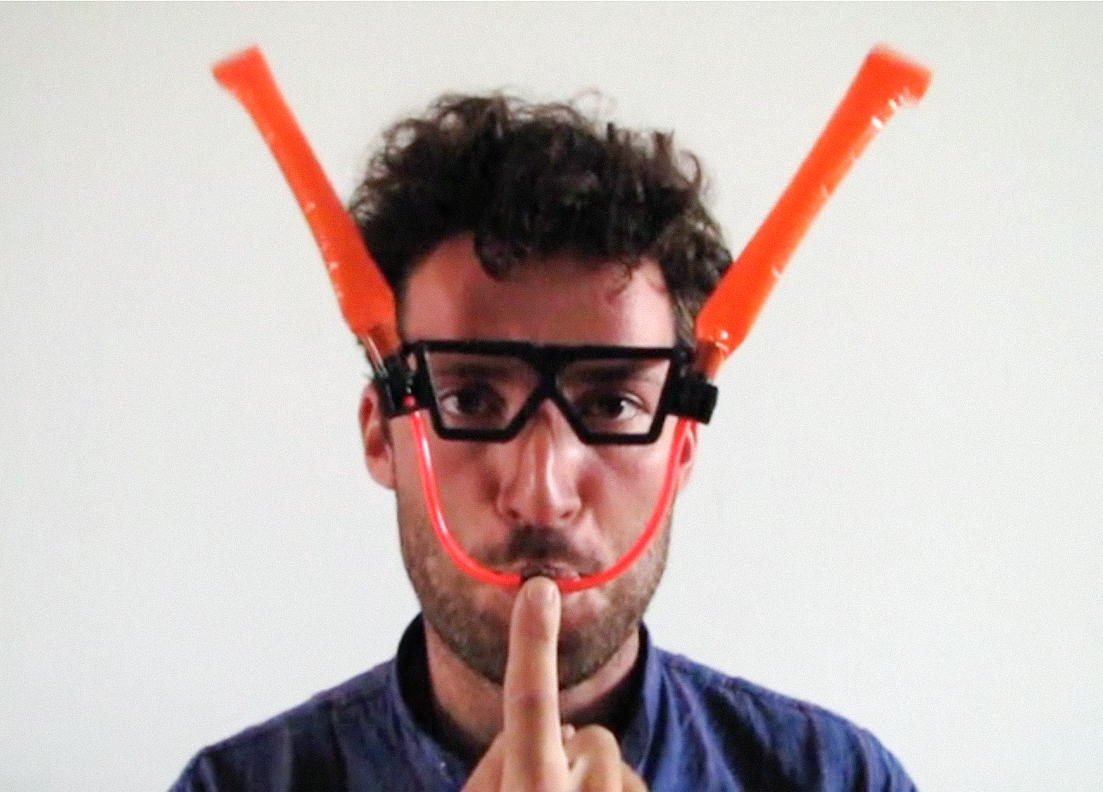 Maria Vassileva: You are one of the few artists with a strong social position – and active. While living in Bulgaria, you defended publicly and fought for various social causes. Is that how you perceive the artist’s role today?

Kiril Kuzmanov: At the outset, it’s essential to note the differences between an artist’s/individual’s engagement with certain socio-cultural processes and the genre aka “social practice “. I don’t see myself affiliated with the latter.

Art, as a poetic form of play in my childhood, in the 80s, and as an open-ended, porous concept, helped me to understand, and self-ironically deal, with the Post-Cold War situation in Bulgaria. My curiosity towards understanding the community that I happened to be born into was a motivating factor for the kind of involvements, which you are referring to.

My approach is exploratory, both personal and topical, both historical and contemporaneous. As an artist, I deal with how processes and experiences transform into actions/objects related to a particular space, situation or a person.

In this sense, the artist (an individual) and the surrounding are linked through the outcome of ongoing interaction. The link is being continuously renegotiated. This inevitable dynamic doesn’t leave any room for socio-cultural inactivity. An almost equally familiar discourse to the one on what art is is whether art can or should influence, motivate or initiate social change. 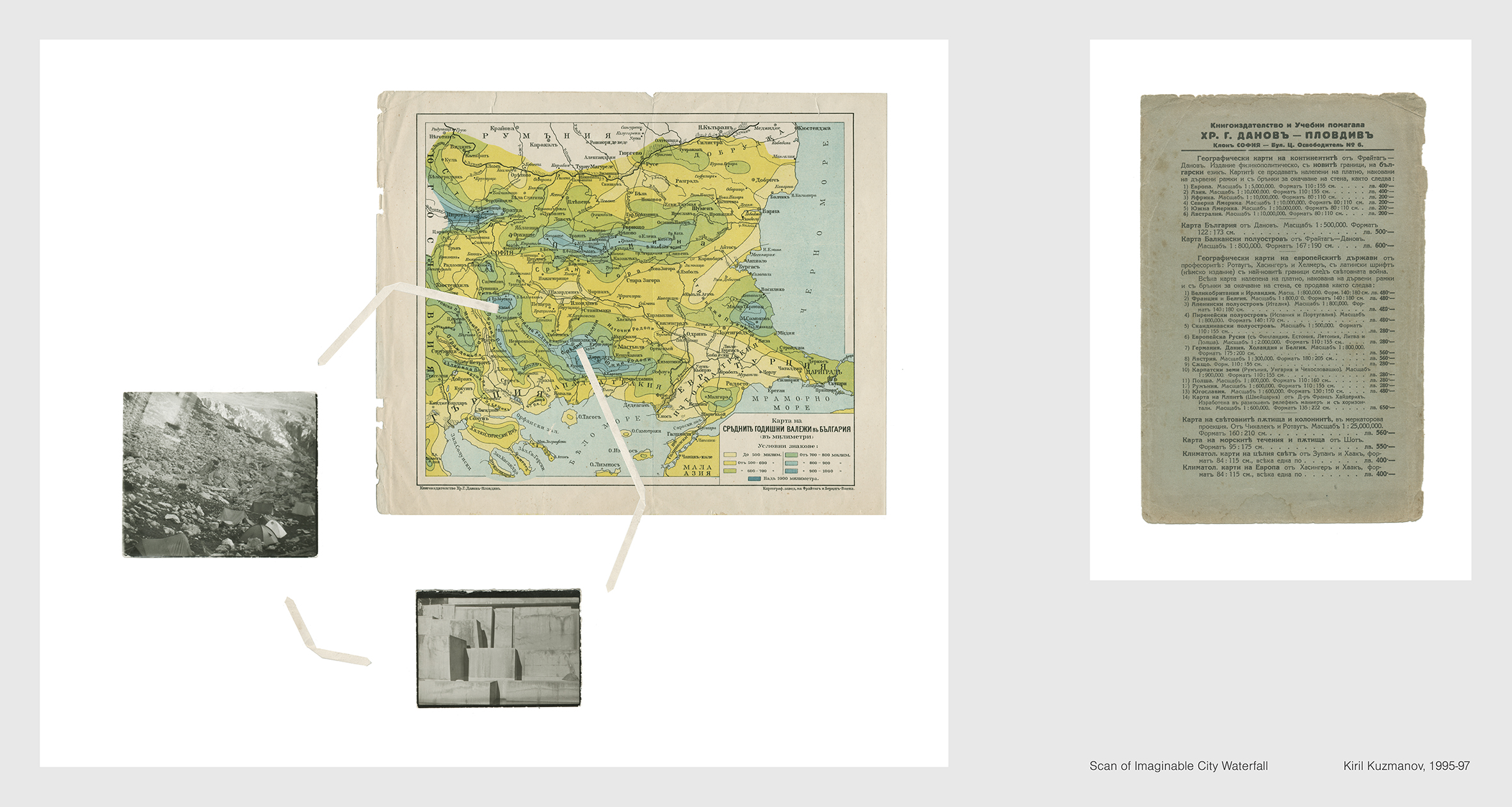 M.V.: What has changed since you moved to London? Did you find anything to replace the position you had here?

K.K.: When the built environment excessively accelerates its pace, stillness can be a form of action.
In my work, exhibiting is a means, not an end. My ultimate intention is to explore forms of display and temporality, which does not necessarily entail a formal framework.
My practice in London follows my ongoing interests, now in a different setting. It is more offbeat. I’m continuing to work independently on works, topics and projects, some of which I started long before moving to London… Like Ice-Cream and Aviation (2014-); What is passing through me, I passed through it (2009-), an instalment of which was my 2015 solo exhibition at the London Architectural Association. Another instalment of the series is on permanent display at Structura Gallery; Ongoing Line (2011-), a project drawing/object of which was recently part of Finale, Ongoing Line (2011-), a project drawing/object of which was recently part of Finale–for the context of Bulgaria a distinctive group exhibition–curated by you.

A new essential personal and professional aspect in the past 6 years has been the evolving interdisciplinary collaboration and shared practice with my partner, Raha Farazmand. With excitement end curiosity we bring in our interests and skills from each of our backgrounds (visual arts and architecture) to develop procedures of reflection and self-reflection, progressing both collectively and individually. Through our work, we actively ask what is it to collaborate, and how the process of collaboration informs the work.
Whatever my position in Bulgaria was, in my perspective, it was something like a still-image of unfolding processes. These processes started in my childhood, and I’m continuously observing them with curiosity. 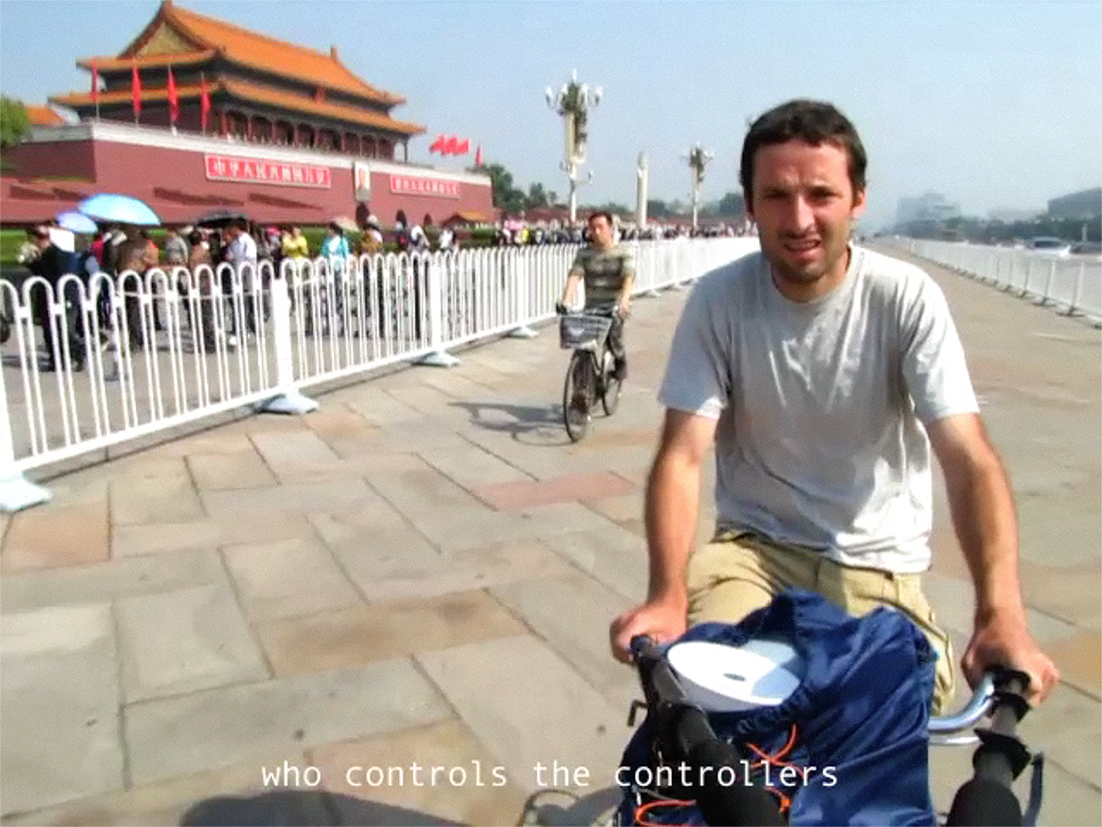 M.V.: Do you see examples of people out there who are good artists and at the same time are fighting for different causes?

K.K.: In the past decades, London’s cultural landscape and skyline have been predominantly defined by factors like the corporate privatisation of public/urban spaces and facilities; the political instrumentalisation of austerity and the emergence of precarity; the development-induced-displacement, which the 2012 Olympic Games produced; the surge of populism, Brexit, and the misappropriation of digital assets and personal data. In this context, London is transforming more towards a platform for hosting internationally produced works and events than a hub for generating culture.
That said, encounters with this kind of people (the one, I guess, you are talking about) are seldom – once in a blue moon.

M.V.: To extend the previous question – what is the place of artists in contemporary English society?

K.K.: We don’t have to look too far! Observing and explaining the links and interrelations between export of influence, money laundering, corruption and even the responses to the current viral pandemic or the challenges with the climate and the nuclear proliferation, in no small extent, expose the present art world. Like any other political/institutional body, a large segment of the art world is complicit. Through its networks, events and institutions, it is mainly dependent on (political rituals) the flow of cash and patronage of shady personalities and organisations.

In short, the figure of the artist is no longer (re)presenting a free agent of the society, let alone those of the academic, the architect, the urbanist, the musician, the scientist, etc. I don’t have any intention to generalise. There are still organisations, artists, critics and professionals who are raising relevant questions regarding our understanding, use and misuse of visual language.

The intellectual environment surrounding the fine arts tends to be so wispy and smugly. The lack of bond between those creative activities and the psychological life of the rest of the society leaves the art field inadequately understood and utilised. Extensively, the current art world’s inability to articulate its perspective and activities is closely related to lack of inclusive public discussion about what art has been doing for us and how it has enabled us to do or think or feel what otherwise we couldn’t. 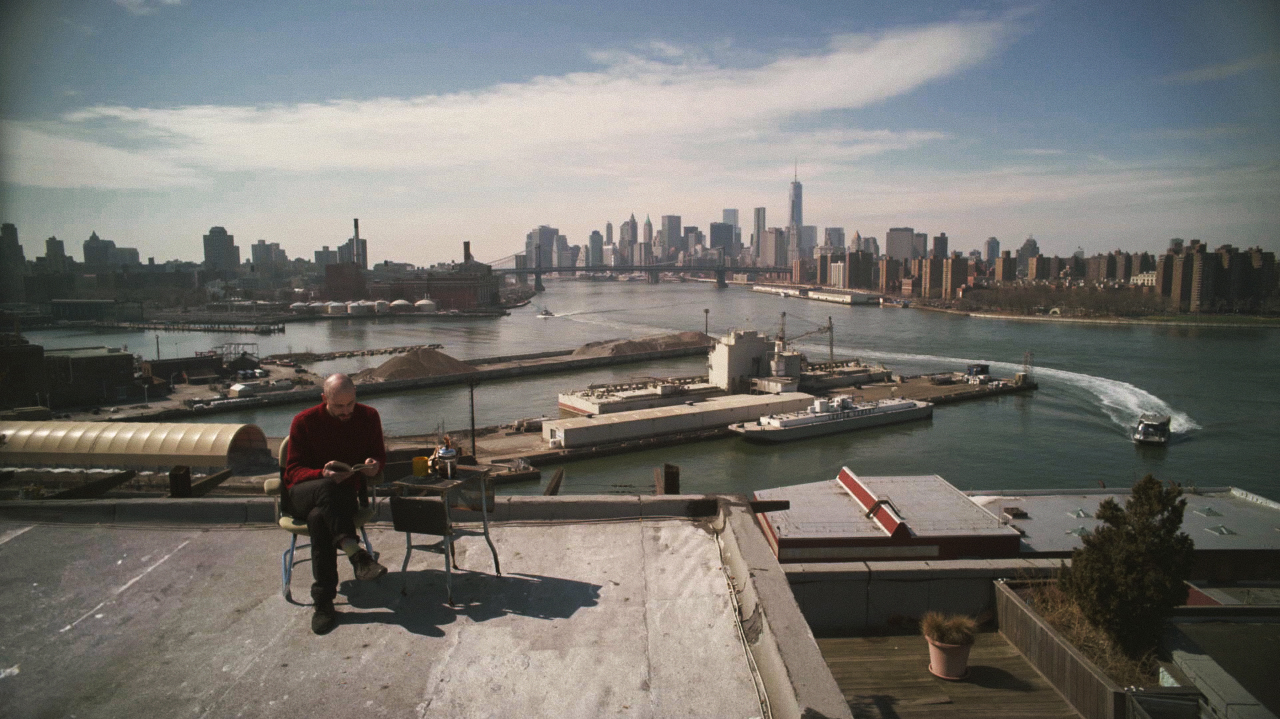 M.V.: Is there respect for artists and for the messages they send?

K.K.: Unlike Bulgaria, the arts and culture are extensively publicly funded in the UK. However, bafflingly, (from all in the union) English society still has a firmly class-based social stratification. The status quo manifests itself in the way of speaking (accent), the access to education (or the lack of it), ethnic and cultural background, the professional opportunities, the political system that marks the House of Lords and the Monarchy…The list can go on and on.

As a footnote:
A 2018 study by the Universities of Edinburgh and Sheffield shows that the percentage of people working in publishing with working-class origins was given as 12.6%. In film, TV and radio it was 12.4%, and in music, performing and visual arts, 18.2%.
Like Bulgaria, various layers of society are tuned to the mеssages which suit their interests best; academic, corporate, (art) institutional, (state) institutional, (NGO) institutional and, sometimes curiously, none of the above.

M.V.: What are the similarities and differences between Bulgarian and English artistic scenes?

K.K.: Here, in the UK, I have a fragmented experience of the art scene outside London. However, there are peculiar similarities between the art scene in Sofia/Bulgaria and London. During his 1958 visit to the USA, Lawrence Alloway writes on the contrasts between the cultures of London and NYC, which had an immense impact on him.

As he describes: [the close relationship of different generations produced] an exacting and critical relationship of professionals… Compare this with the situation in London where the artists settle into small colonies and pat each other on the back. In New York a majority of the modern artists watch each other’s exhibitions and discuss them seriously and promptly; in London artists, unless they are already buddies of the exhibiting artist, slip in after the opening and say nothing. As a result, artists get away with mediocre, low temperature works for years in London because not enough people notice or care.

Considering the boost of glamour as a global phenomenon, it seems that Alloway’s observation is not only valid for the late 50s in London, or even the parallel which I would like to draw with Bulgaria, but also at large, to the current art world.
Ironically the glamour and the self-absorbed segregation has been shaped through socio-cultural and political processes in which Alloway was, himself, actively involved. 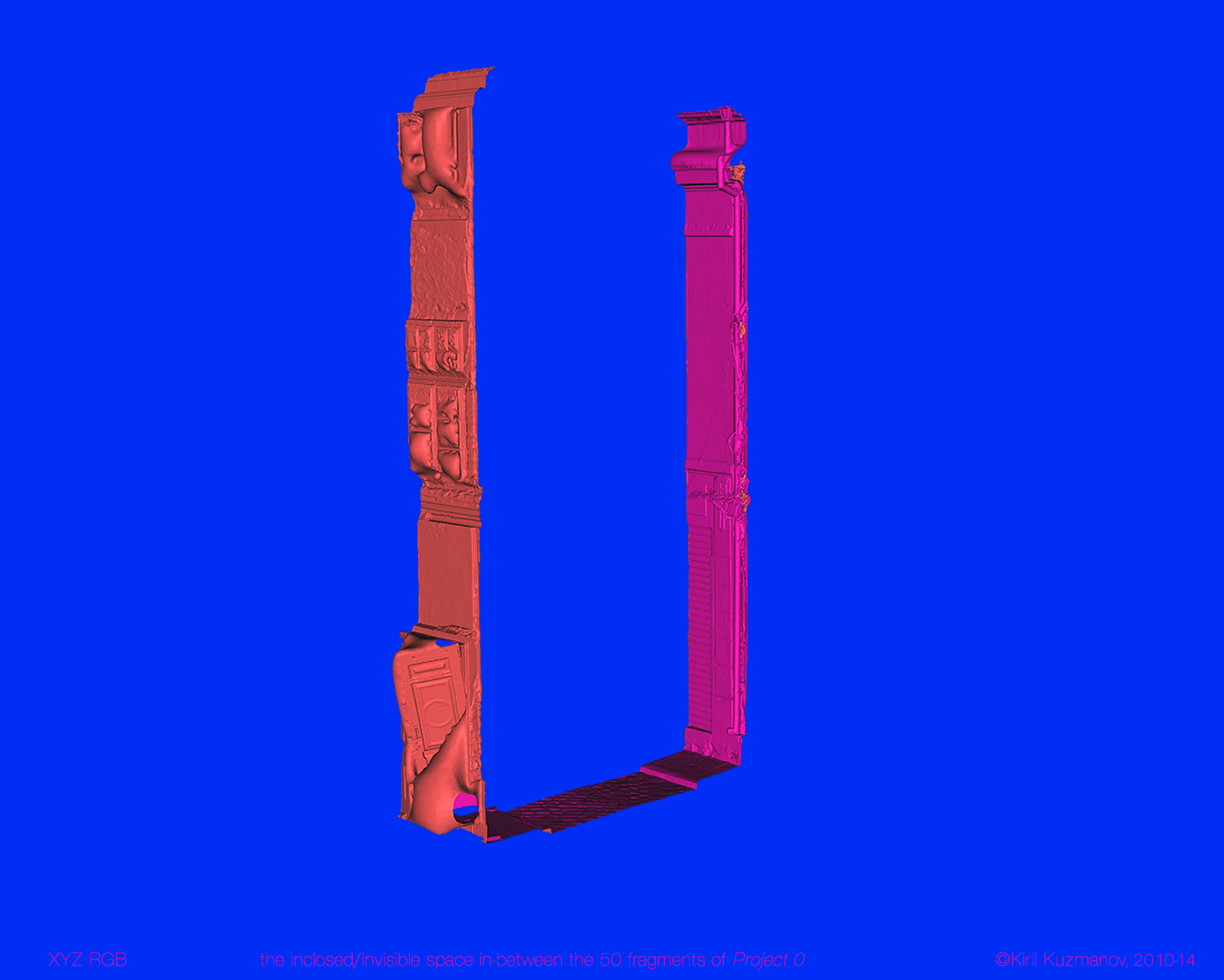 P.S.
Once I travelled to Ruse, Bulgaria, for presenting my Project 0 (2010-14) at Elias Canetti’s family house, which used to function as an off-space, run by the E. C. Foundation. Yet, travelling from Sofia to Ruse, I was thinking on-and-off about his Crowds and Power (1960), and some of its lines like
There is nothing that man fears most than the touch of the unknown. He wants to see what is reaching towards him and to be able to recognize or at least classify it.
Being visible means being under control. Are the objects of ideas free from control only when they are not materialised?