The double of the original – Hôtel de la Marine 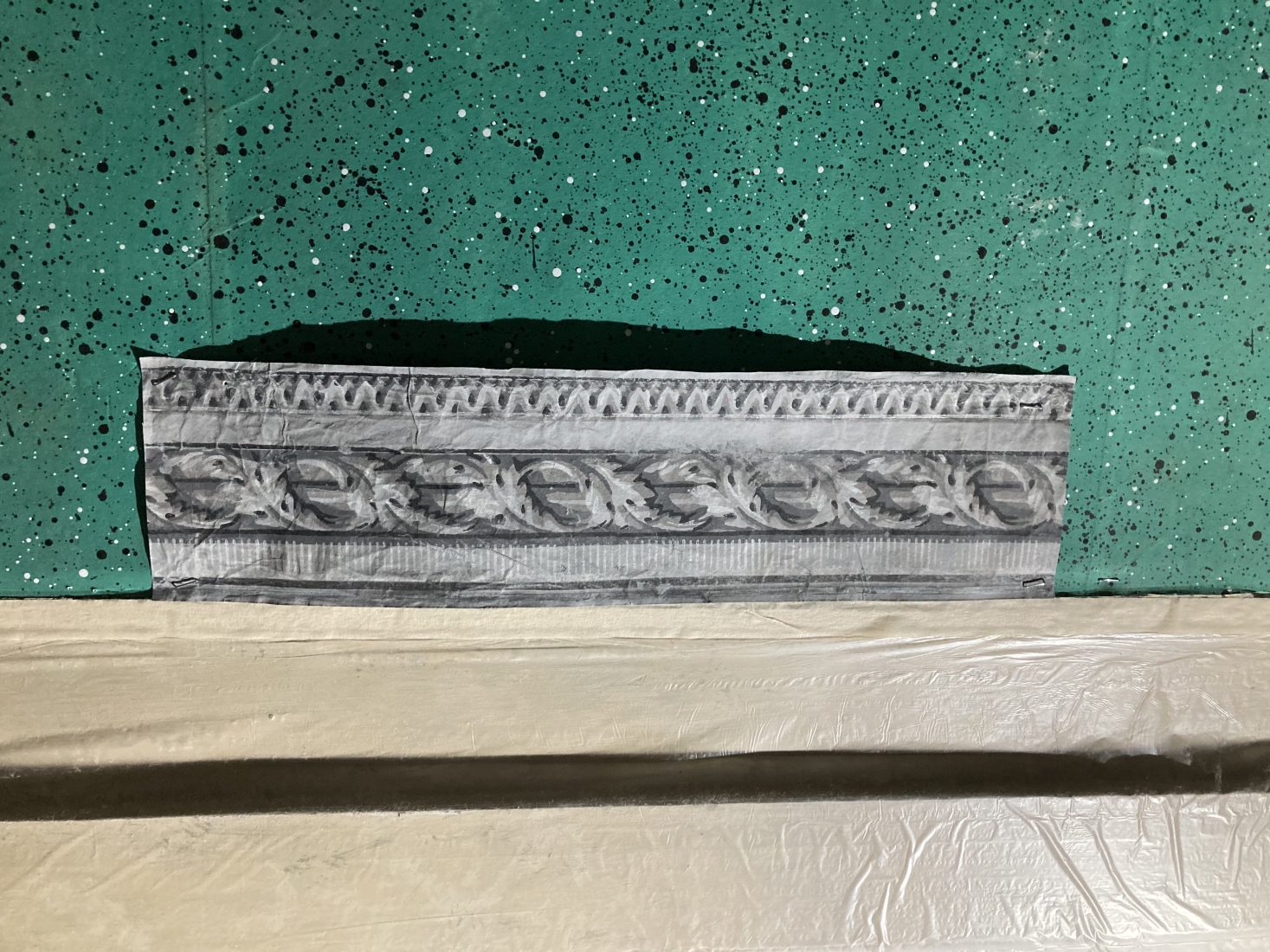 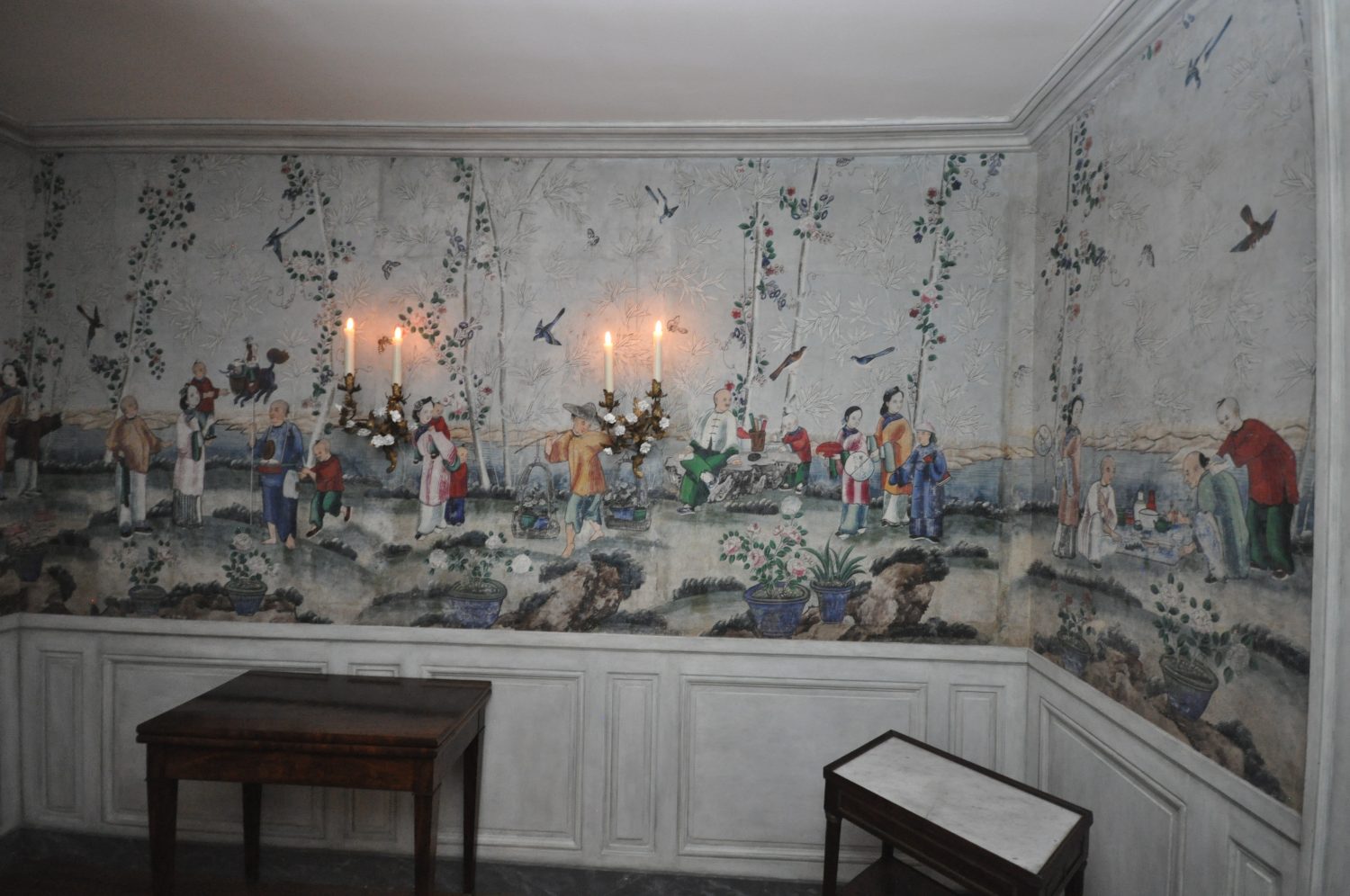 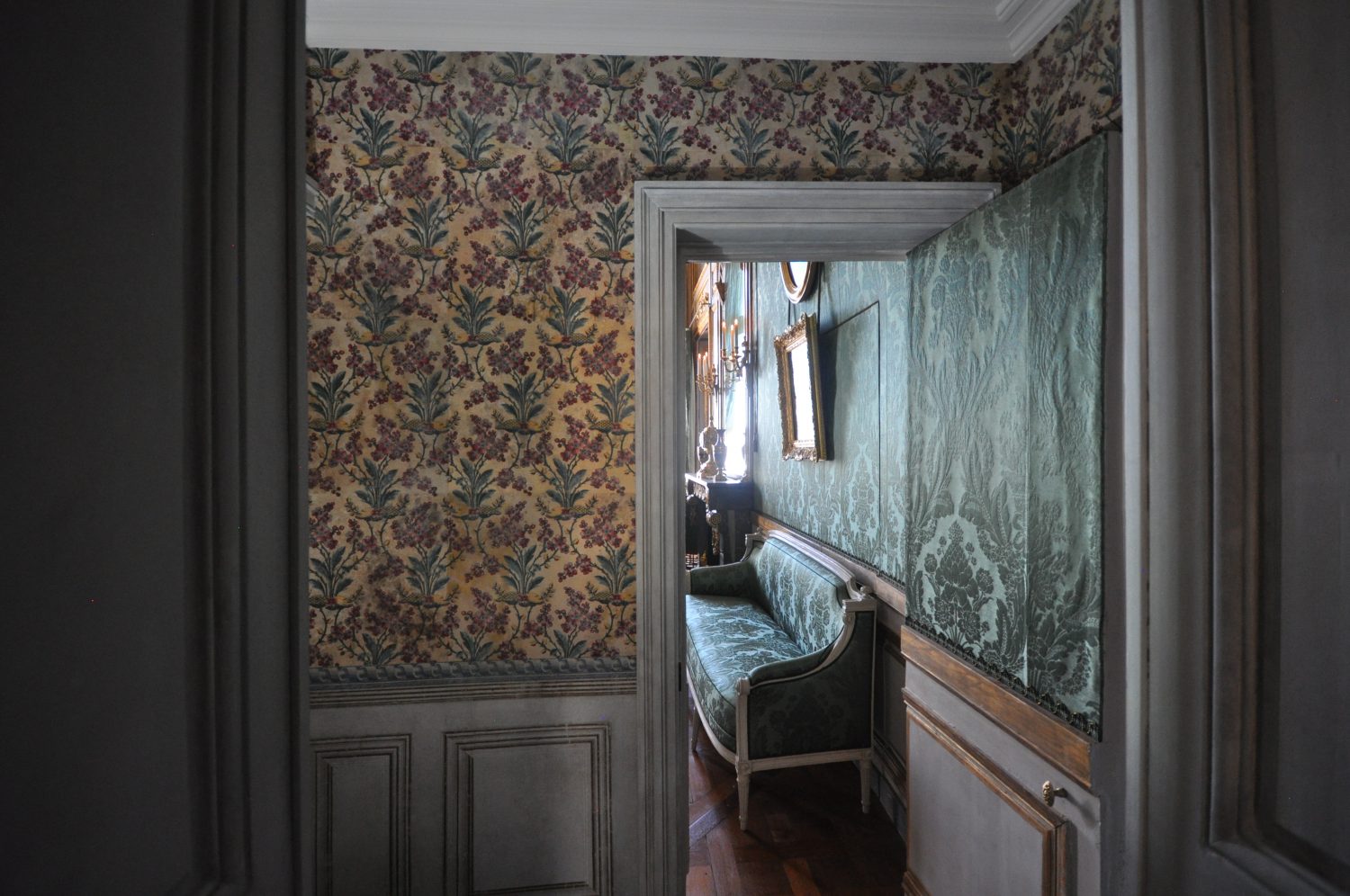 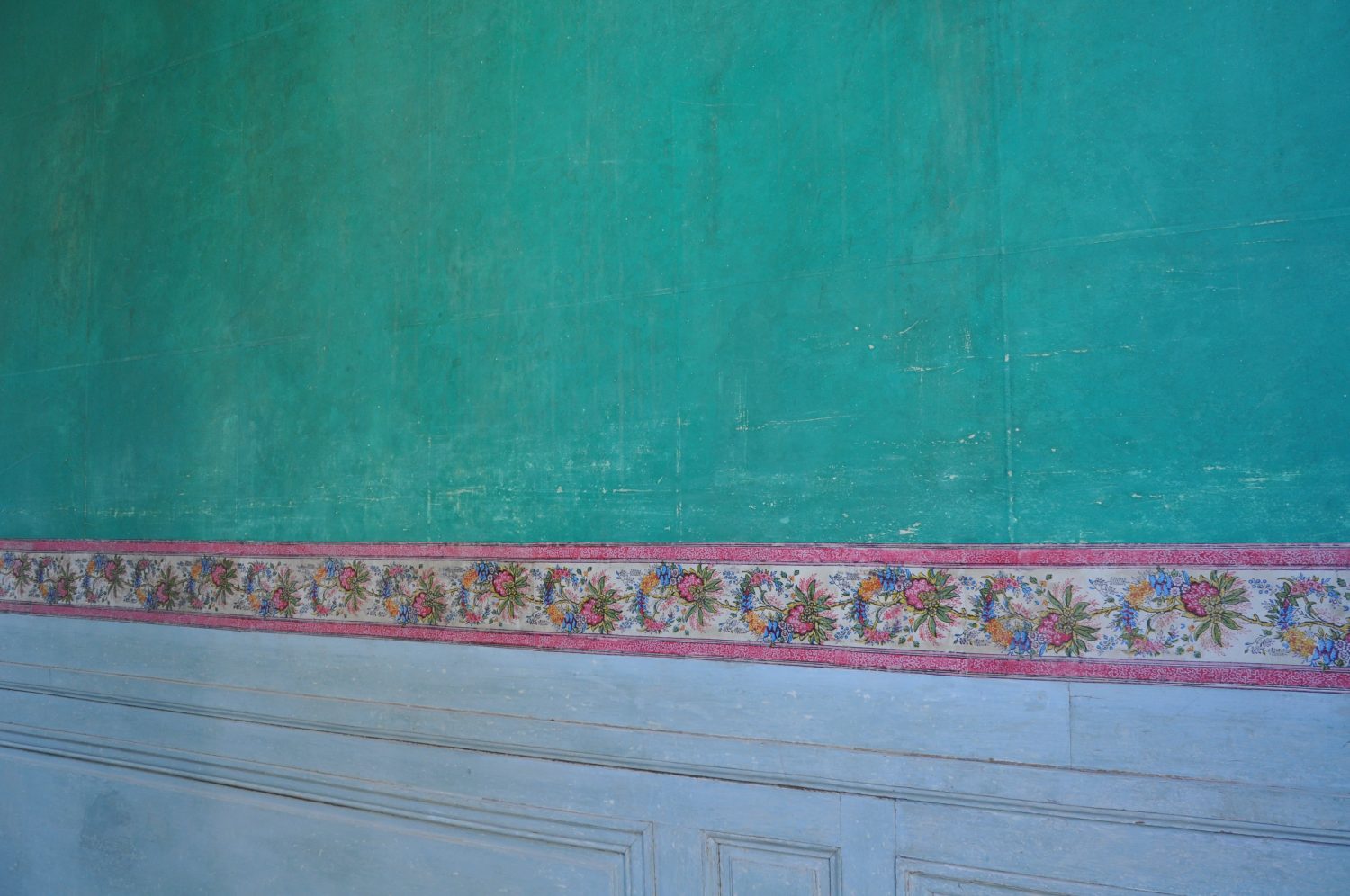 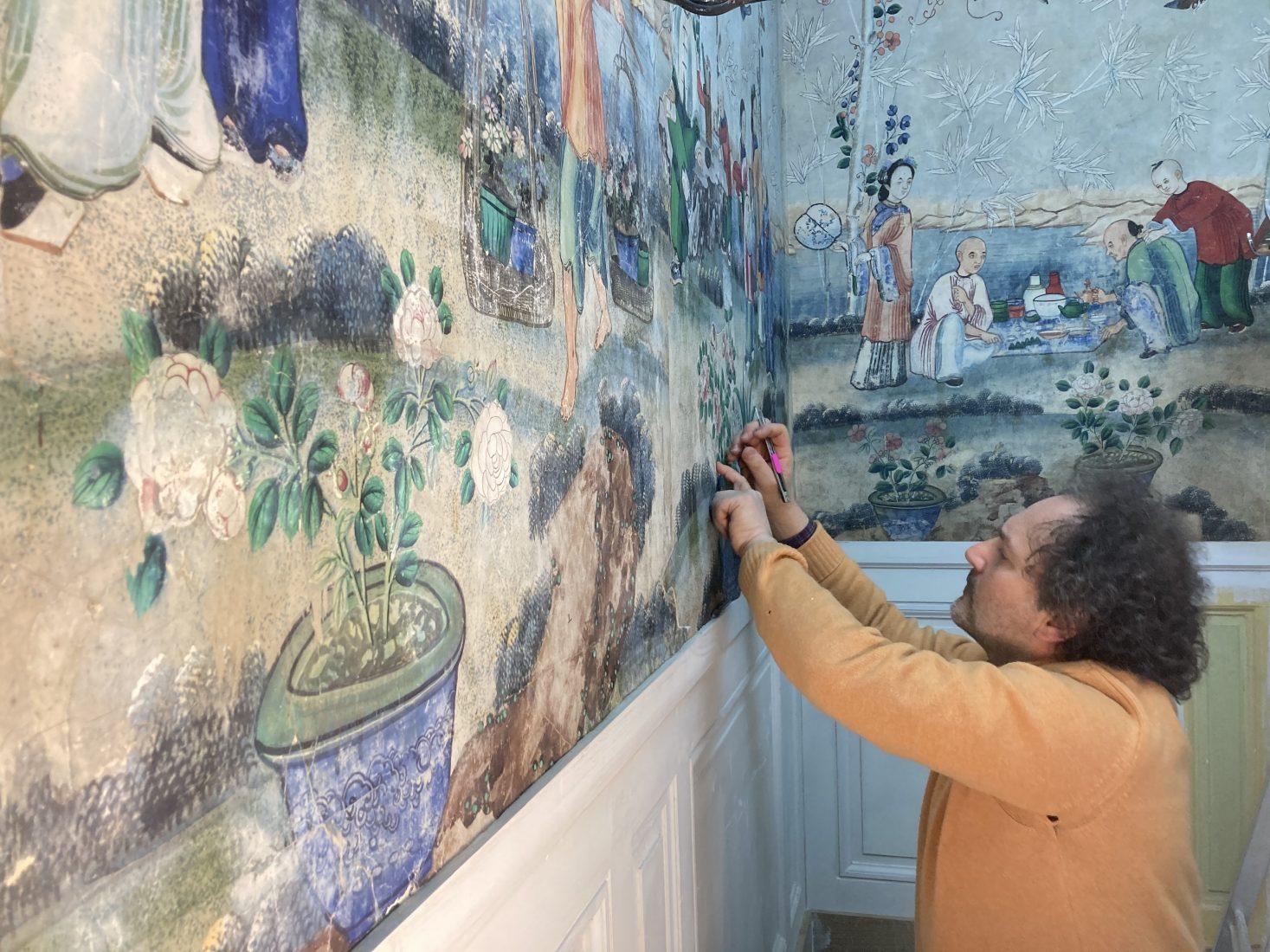 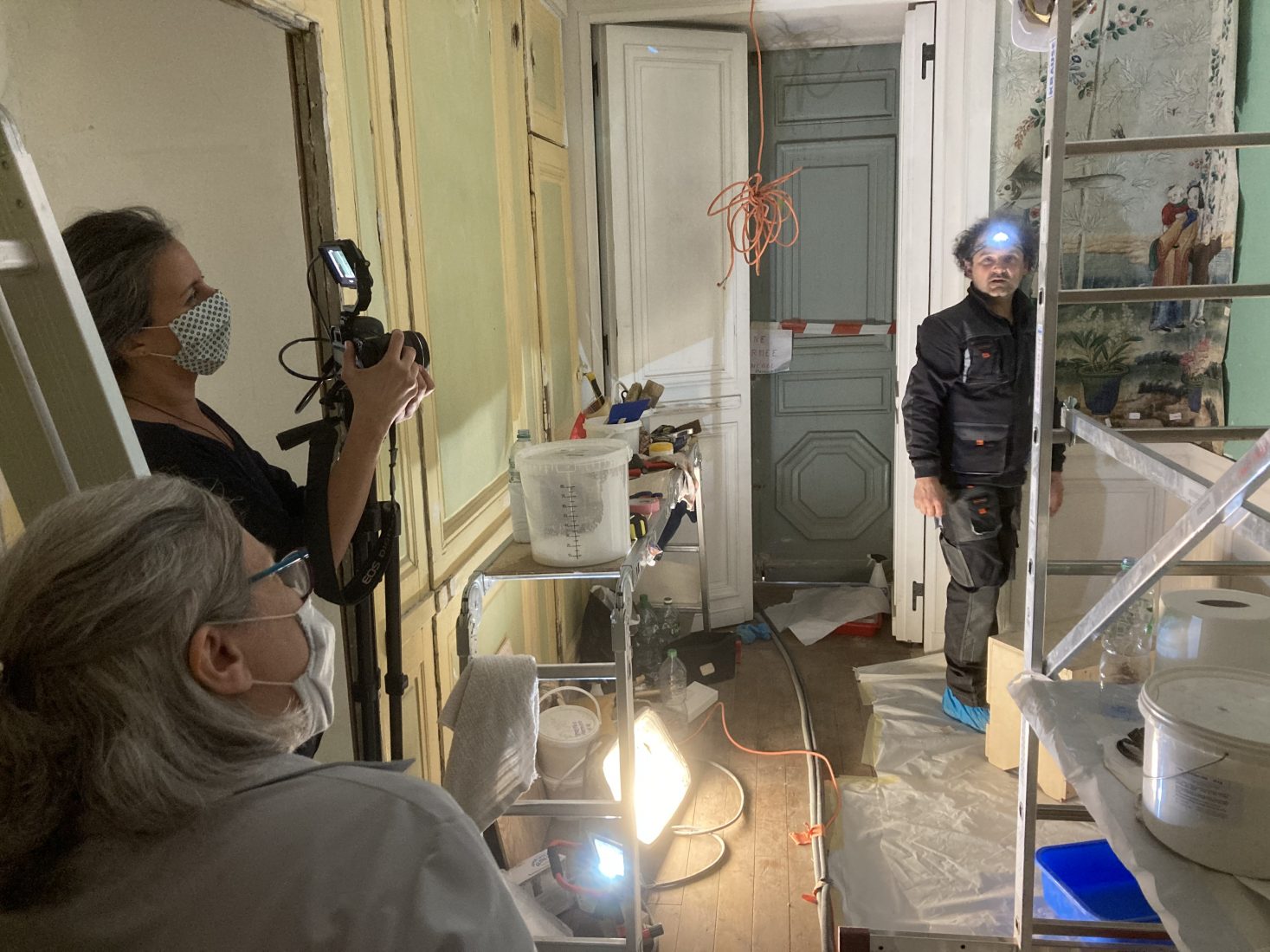 This exhibition takes as its starting point the project to renovate L’Hôtel de la Marine Paris, an emblematic site of French heritage, and transform it into a museum, which includes restoring the building and recreating its authentic interior – furnishings, artefacts, fabrics, curtains, fabrics, wallpapers. This is the first time that a non-French team has been chosen to participate in a project of this scale and importance for the history and culture of France. The exhibition polemicises questions of age and time in terms of history, architecture, art and design, the value and poetry of places/artefacts with a past from the perspective of contemporary culture and visual arts, from the perspective of a fast-paced modernity that produces quick myths, temporary agreements and values. The dialectic between old and new, past and contemporary in aesthetics and design in a broader socio-cultural context will be discussed in a meeting conversation between philosopher Dimitar Bozhkov, artist-decorator Boris Delchev, French architects and decorators Michel Charrier, Joseph Ashkar, one of the stars of contemporary design India Mahdavi and the director of Monuments Culture of France Delphine Christophe. (Stay tuned for information on the date and time of the meeting).

The building, known as the Hôtel de la Marine, was built to plans by Ange-Jacques Gabriel, chief architect to King Ludwig XV in 1757. Seven years later, it housed the king’s collection of furniture. The palace, located in the centre of Paris on Place de la Concorde, was for 226 years the headquarters of the Ministry of the French Navy.

The building was entrusted to the Centre national des monuments de France (CMN) by a decision of the French government in 2014. After a series of studies, it was decided to open the iconic building to the public. The newest state museum once again affirms the global splendour of French tradition and culture, as well as the inextricably linked achievements in areas such as gastronomy, fashion, accessories, furnishings, fabrics, porcelain, mirrors and others that make up the concept that has become popular today as “l’art de vivre à la française” (the art of living the French way). Work on the restoration and transformation of the building into a museum began in 2017 and was completed on 12 June 2021 with a grand opening by the President of France, Emmanuel Macron.

The Hôtel de la Marine is a brilliant example of 18th century neoclassical aesthetics. Its impressive architecture and lavish exterior and interior decoration are intended to represent France’s power, the rise of its economy, its refined taste for arts and crafts, and especially the French fondness for luxury.

In September 2020 Boris Deltchev and his artistic team Vrai-Faux Design won a state contract for Lot 19: “Reproduction and wallpapering”, as part of the restoration and transformation of the Hotel de la Marine into a national museum of France. This includes: a survey of the partially preserved wallpapers found on site, their removal, restoration and conservation; an in-depth study of the 18th century wallpapers. The research and conservation of the wallpapers, which have been discovered in the repositories of the Museum of Decorative Arts, located in the north-west wing of the Louvre, with the special assistance of its director; the recreation of the originals and their spirit by means of a technique as close as possible to the authentic and aiming at total imitation; hand-printing the wallpapers that once existed, identified by the descriptions in the preserved inventory book of the palace with its 850 pages of detailed descriptions of the interior; ageing the newly printed wallpapers in order to recreate and complete the poetry of this extraordinary place; the installation of 12 different wallpaper patterns in the characteristic style of the period in rooms on the first floor; the restoration of hand-painted Chinese wallpapers (owned by the Centre for National Monuments of France) and their adaptation to the restored interiors, part of the exhibition space; the creation, using authentic Chinese techniques, of an additional quantity of Chinese wallpapers for places where the originals are missing or in short supply.

Involvement of a foreign team in a restoration and conservation project of historic monuments of major national importance for France does not generally happen. Vre-Fo Design makes an exception, being the only foreign participant (among nearly 60 French companies) in the realization of this prestigious project.

Boris Deltchev (b. 1968) is an artist-decorator who is very keen to think of interiors more as inhabitable works. The interior can be contemplated as an intimate landscape of being in which art is existentially necessary and no less valuable than physical comfort. To achieve uniqueness and depth in each place he is invited to transform, he relies primarily on the immediate magic of human dexterity.

Boris Deltchev completed his secondary education at the National School of Fine Arts in Sofia, graduated from the The Académie des Beaux-Arts in Paris, and later at the Van Der Kelen Institute in Brussels, where he was awarded the gold medal of the legendary institution.

In 2000 he founded the creative team Vrai-Faux Design. Deltchev invited his colleagues in an attempt to revive the principle of Renaissance bottega – a studio where artists learn and inspire each other during the creative process, and together forge the conceptual and material body of the project entrusted to them. What unites this small community of artists is a piety for artful gesture and the alchemy of painterly technologies carried through the centuries to the present day.

Boris Deltchev and Vrai-Faux work for renowned clients such as Xavier Guerrand- Hermès, Maja Hoffmann-La Roche, Christian Louboutin, Prince Charles-Louis d’ d’Orléans, Rebecca Robertson, Lucien Arkas, Lucien Arkas. Their production revives castles such as Château de Ravel, Killua Castle, Château de Courtoin, Heltorf Schloss, Château Saint-Germain-Les-Corbeil, city palaces such as l’ Hôtel de Gesvres in Paris, Dalloul in Beirut, l’Hôtel Lullin-de-Saussure in Geneva and many others. They also undertook major projects on the interiors of public buildings, such as the Palais de l’Hôtel de la Marine on Place de la Concorde, which has become the latest legend of French taste and the beginning of a new, even higher standard in museum work, Ciragan Palace, the iconic Istanbul Hotel on the banks of the Bosphorus, Crown Plaza in Istanbul, the A.I.R Building in New York, the Balkansky Foundation, the Radisson Hotel in Sofia, the celebrated Café de Paris of the Costes brand, the Thoumieux patisserie in Paris, the Philippe Starck-designed sailing yacht “A” White Pearl.

Vrai-Faux’s interventions in historic buildings of paramount importance for world culture are unthinkable without the expert patronage of the unsurpassed decorators Michel Charrière & Joseph Achkar. Vrai-Faux regularly collaborates and exchanges ideas with the “Queen of Colour” and star of contemporary design, India Mahdavi.

In 2017, Boris Delchev was awarded a medal by the French government as a Knight of the Order of Arts and Letters (Chevalier de l’Ordre des Arts et des Lettres).

A guided tour with the artist Boris Delchev will be realized. (Stay tuned for more information about the date and time)

In the framework of the project “Tempus Fugit” of the Goethe-Institut Bulgaria and the French Institute Bulgaria on the idea of Meteor and supported by the Franco-German Cultural Fund.