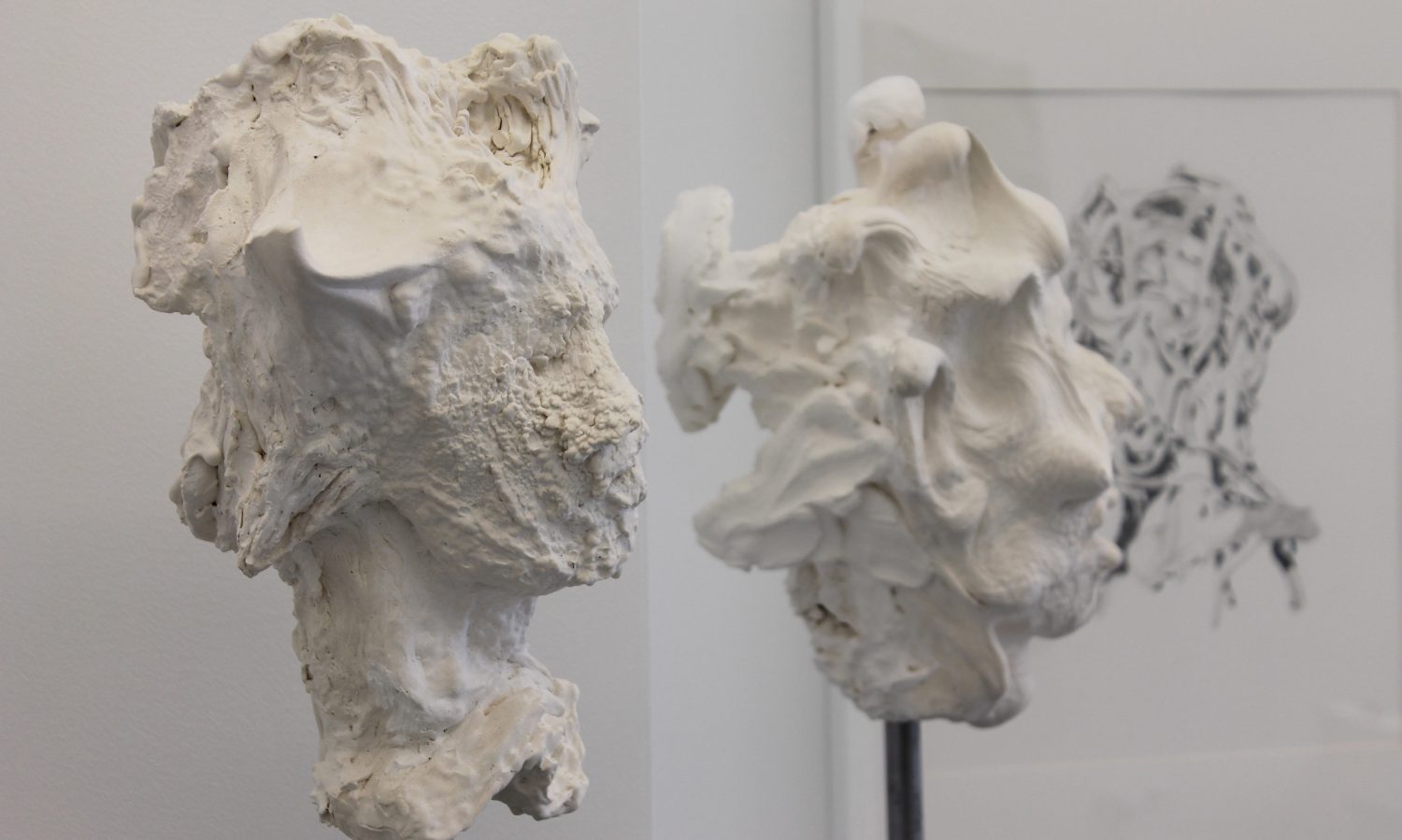 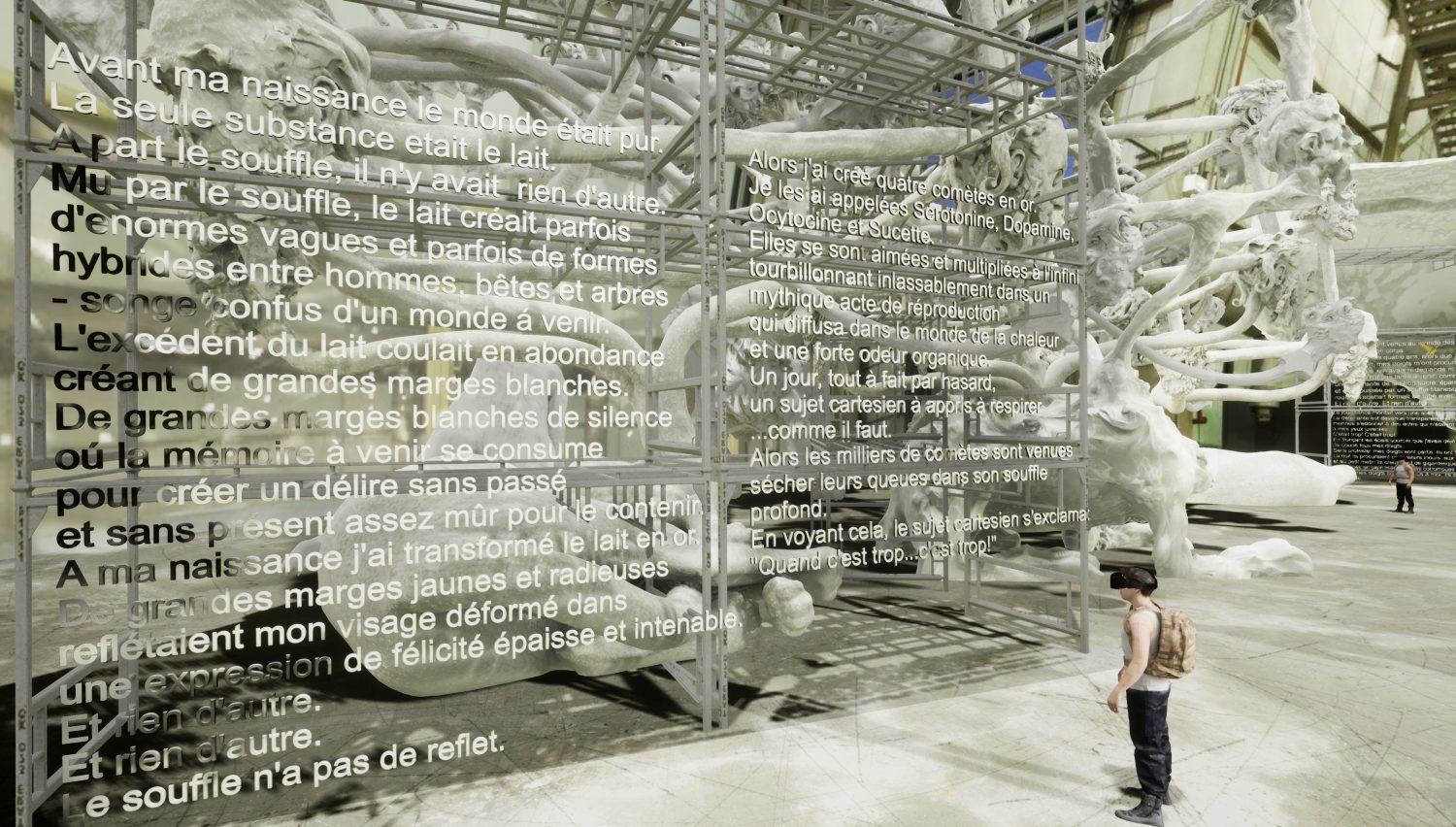 Nikolay Konstantinov (b. 1965, Sofia) is not a household name in his native Bulgaria. His professional career unfolds in Brussels, where he has lived since 1990. He graduated from Ecole National des Arts Visuels de La Cambre in 1995. Since 1998 he’s been an assistant lecturer there, and from 2019 he takes the position of Professor of 3D Digital Arts in the same institution.

As an author he works in the fields of traditional and digital sculptureand drawing. Currently he develops a project called “Studio Visit”, a virtual world simulating a sculpting studio of colossal dimensions. In that studio, virtual sculptures and installations coexist together. One of the specific features of this long-standing project is the attitude toward the scale, the space and the monumental presence of textual content.

In this exhibition we present to you a series of sculptures and drawings created in the 2015-2019 period. Predominantly made of plaster, these works try to convey an effect intrinsic to digital arts through the use of a traditional material. The employed technique combines traditional sculpting and digitally printed fragments. The multitude of moving layers, the organic and „flowing“ shapes confront the staticity of sculpture and try to change our perception of it. As if created by the natural elements, these sculptures drift away from their artificial essence and become part of the world that surrounds us. The many layers incorporated in the works, as well as the necessity to view them from all sides, change the way we typically look at a piece of art.

It all began with a photographic collection of clouds reminiscent of human faces. As we know, clouds often take various shapes in our mind, which appear and dissolve in the flash of an eye. Pareidolia is a mental phenomenon, in which certain objects and occurrences are perceived as something completely different and is often a sign of over-imagination. It is also considered that this trait is importantfor the advancement and socialization of the human kind.Nikolay Konstantinov creates forms on the border of the turbulent fluid vortex; faces that construct themselves and dissolve before our very eyes and which tend to migrate not only from one state to another, but within the frame of their own nature as well. The sculptures are named after heroes and monsters from ancient mythologies, make references to works by other authors („Bad Birds“ is an ironic comment on Kiki Smith’s „Mermaids“ series), yet they always rely on the power and adrenaline that these associations bring.

The drawings are an attempt to merge smoke and human flesh, as a symbol of the constantly flowing and changing world. Or, as the artist himself describes them: „A strife for harmony or a protection from the pain…“.