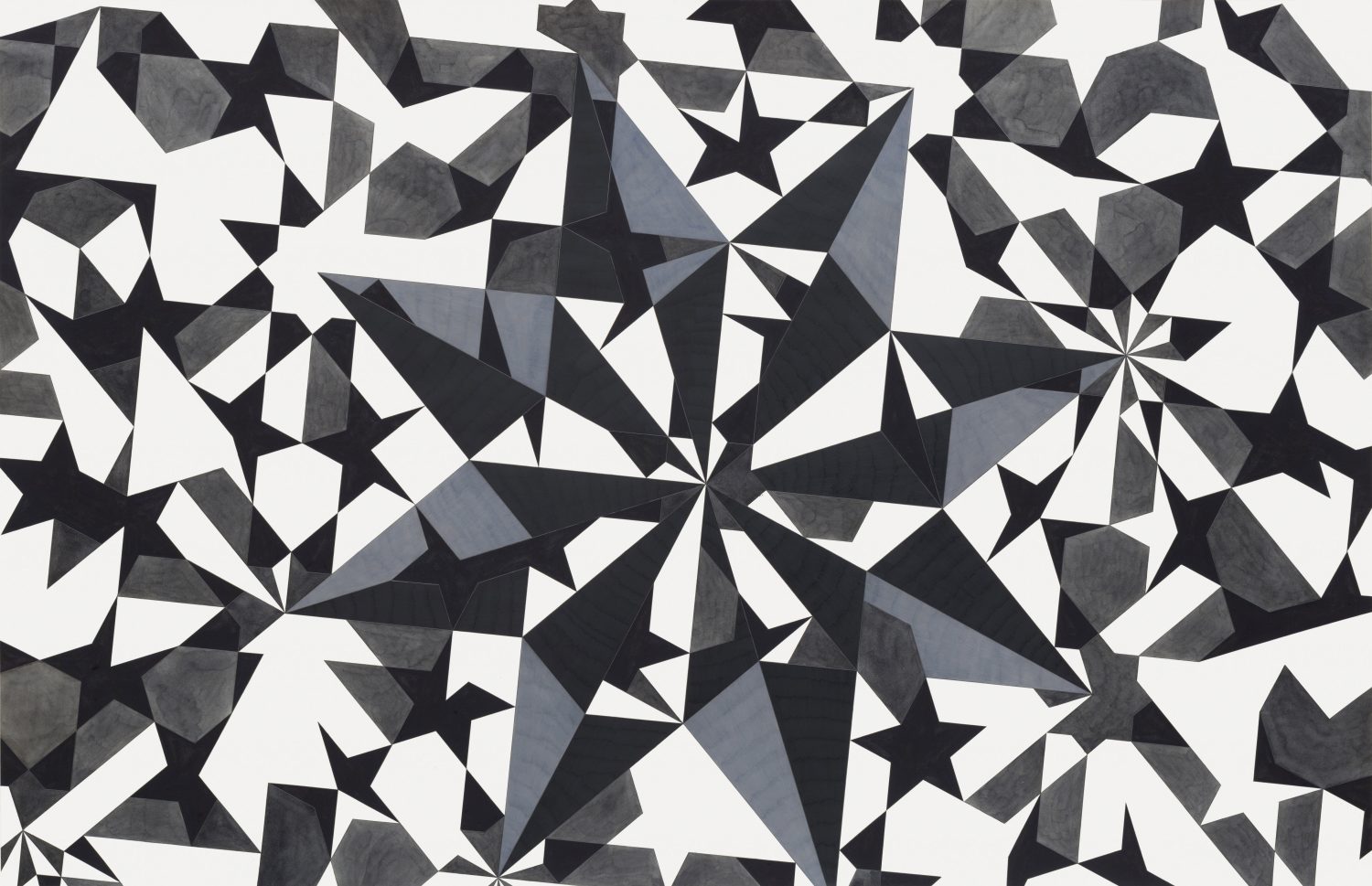 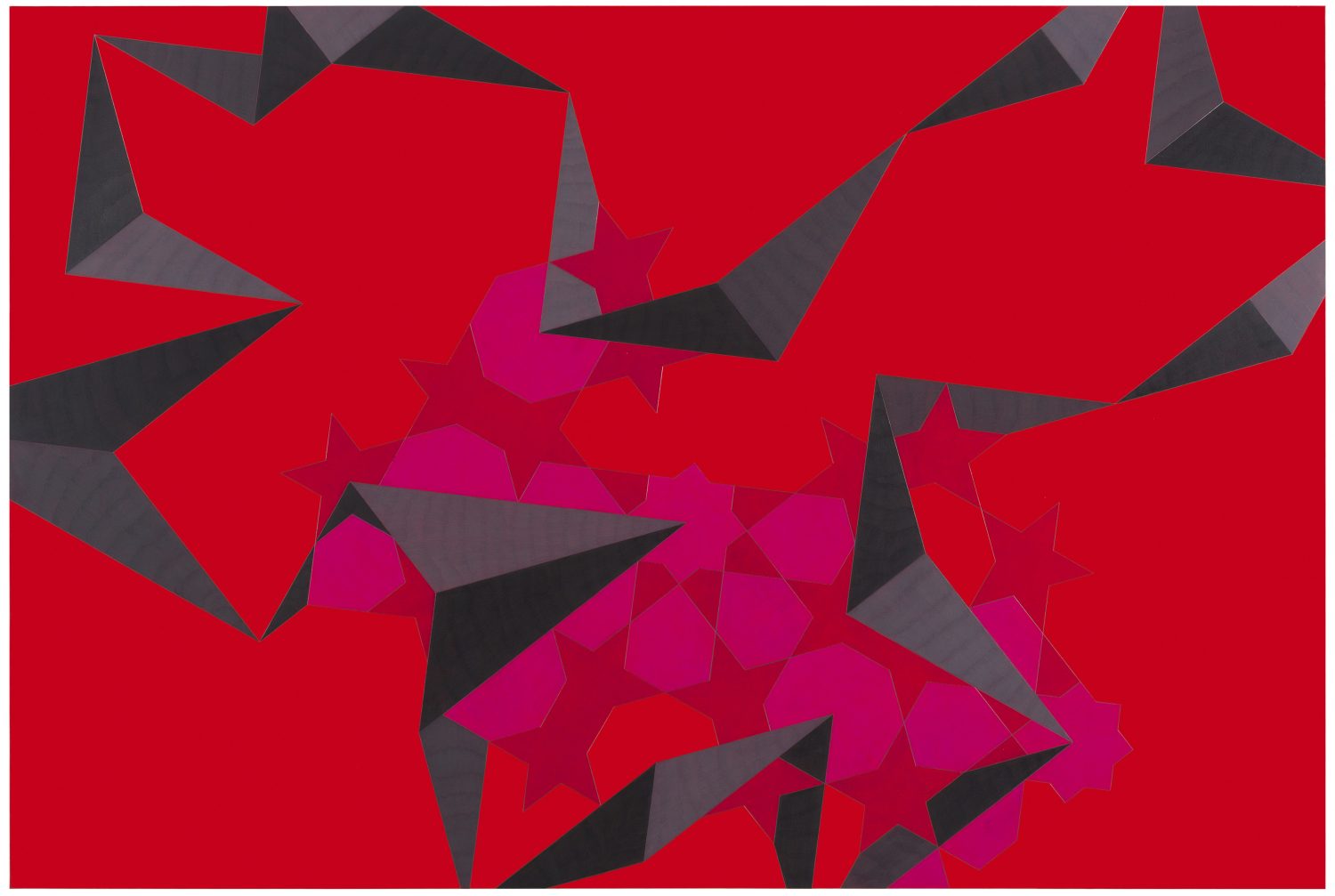 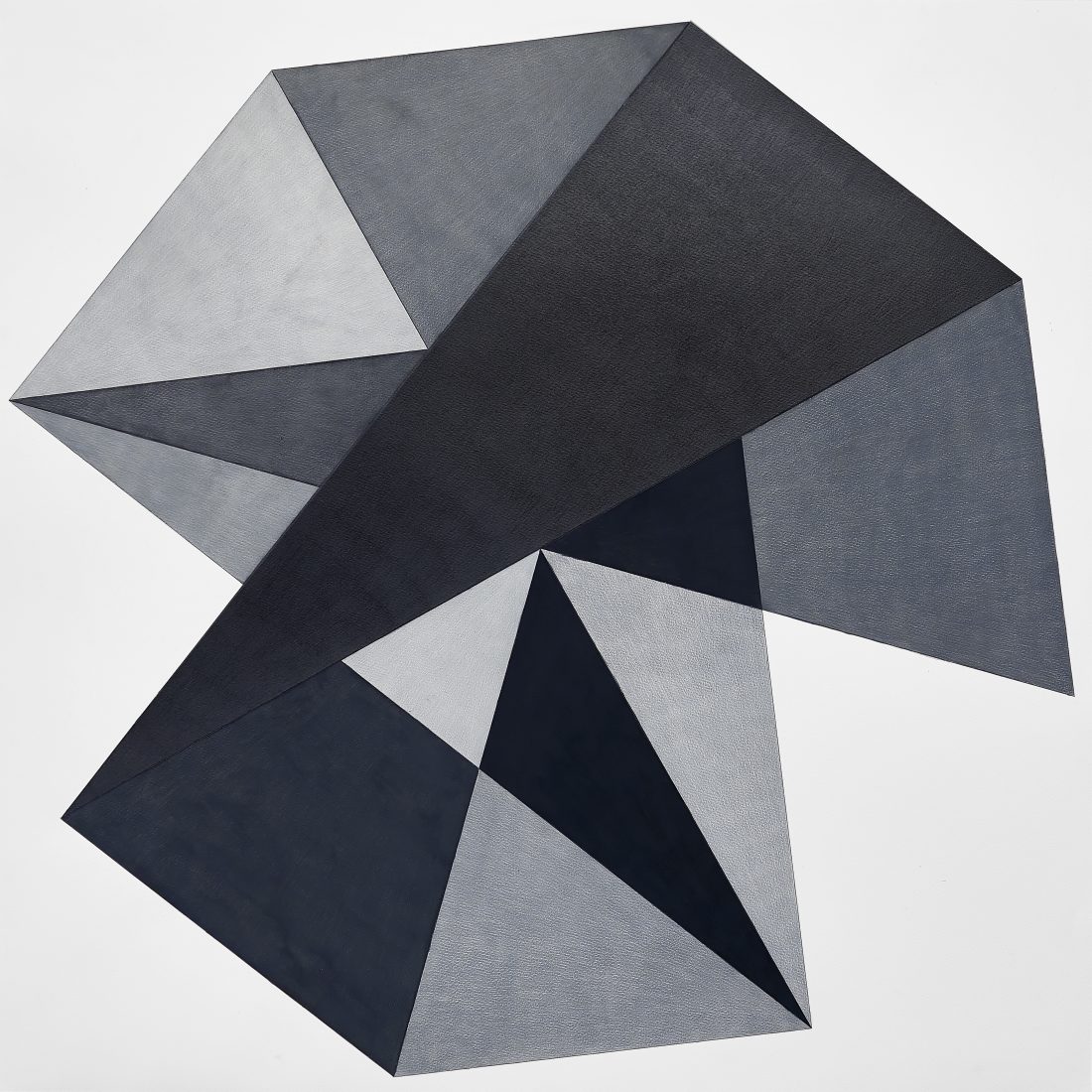 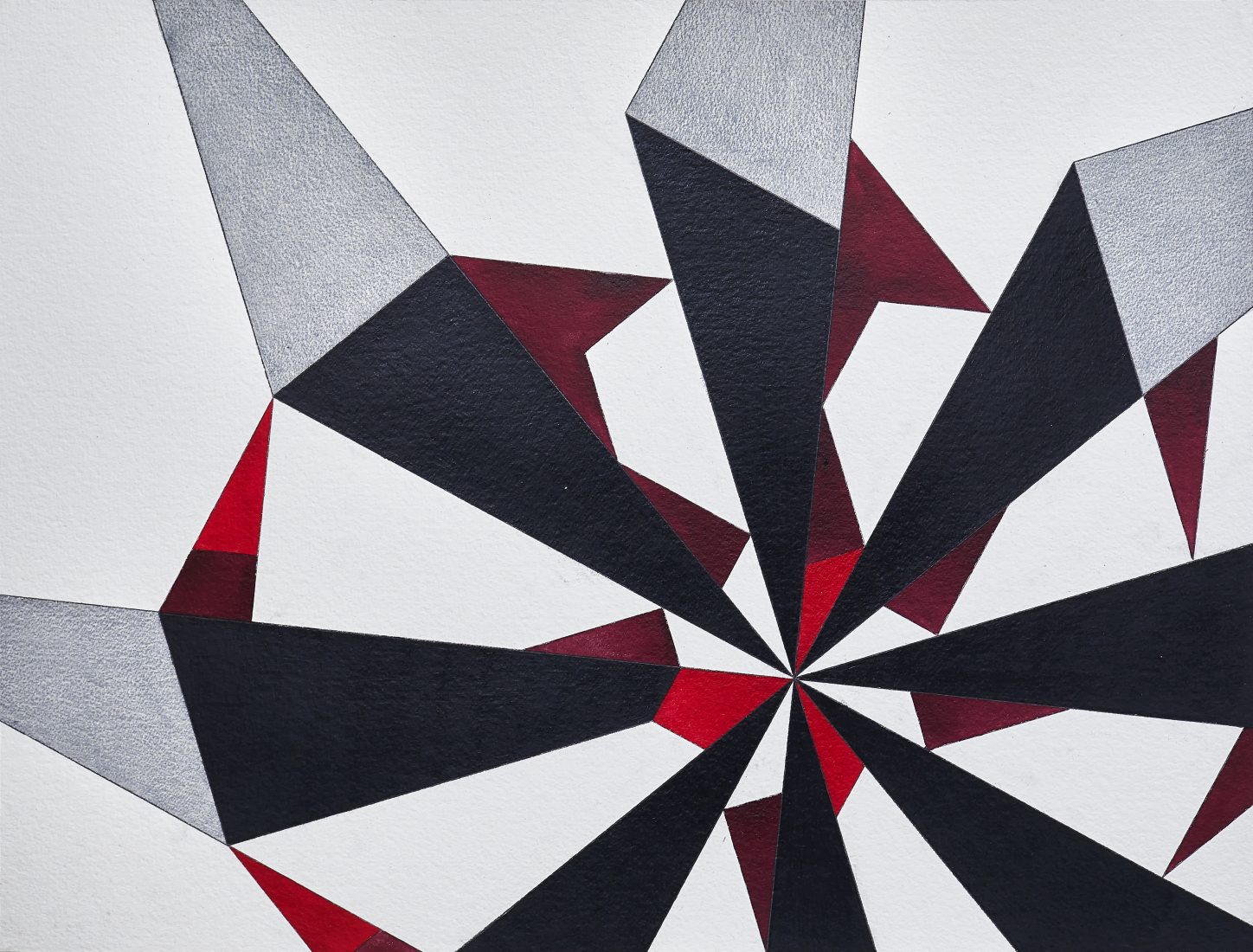 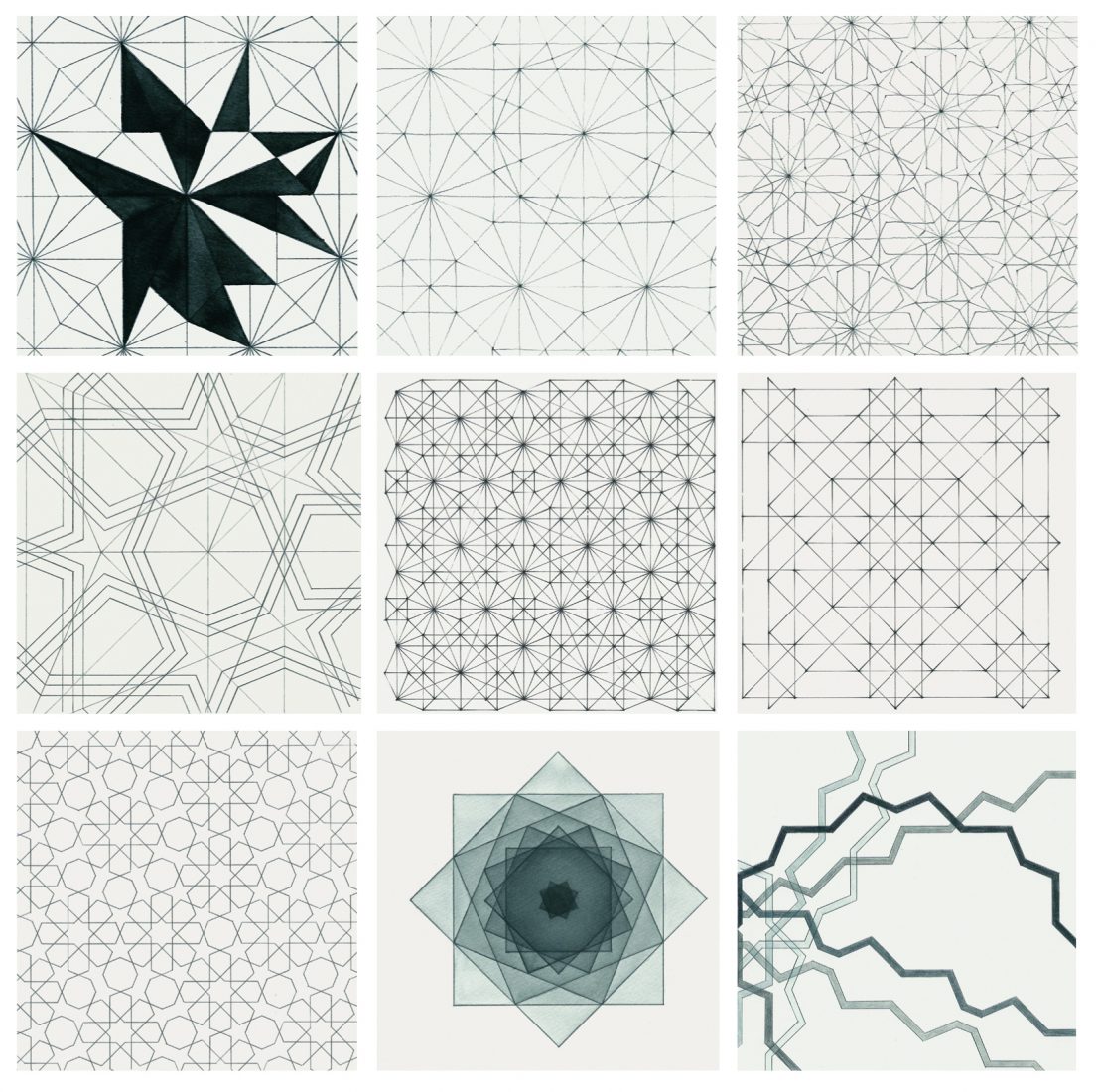 This exhibition has been created specifically for the space of the Structura Gallery, including works which will be exhibited for the first time. Visually and thematically, it follows the artist’s quest and interest in pure ornament.

Adriana Czernin began her artistic career with drawings and videos that can be described as belonging to the feminist tradition in art. In 2005–2006, she added to the female figures in her drawings a mashrabiya – an ornamental screen in Arabic architecture used as a window covering, designed to shield the domestic space from the public gaze. In 2014, she was invited by MAK, the Museum of Applied Arts in Vienna, to work with the original elements of an ornament from a thirteenth-century mosque in Cairo. It is then that Czernin discovered the beauty and perpetuity of this, at first glance, integral and sacrosanct system.

Since then, the artist hasn’t stopped exploring, studying and looking for new insight below the surface of the visible. For her, ornament has become a source of inspiration that allows her to reflect, through its anonymous vision, on the relationships between the individual and society, on the connection between beauty and violence, banality and diversity. A reoccurring struggle in her new works is that of the strictly defined order and the possibility or impossibility of contradiction; the opposition to this order, and to what extent it can destroy itself.

The drawings in this exhibition are constructed around one and the same ornament. Czernin doesn’t deform it, she only “omits” some of its parts; she doesn’t complete it, she leaves it open-ended and, in doing so, enables multiple interpretations. She is interested in the relationships between abstraction and ornament, colour and line, background and foreground. Beyond this linger layers of meaning.

The works are executed in pencil, watercolour and acrylic on paper. The exhibition also features sketches that suggest endless variations for analysis.

In contrast to the rest of the exhibition, which consists entirely of abstract drawings, is Czernin’s Self-Portrait. In it the artist is as if constructed from, but also lost in, ornament. For Adriana Czernin, one of the most serious challenges facing the contemporary individual is the quest for and discovery of the boundaries between personal choice and the imposed stereotypes of society. Surveying the boundaries between the internal and external is an invariable part of her exploration.

The exhibition is accompanied by a catalogue in Bulgarian and English, which includes a text by Maria Vassileva and a conversation with the artist.

The exhibition and catalogue are supported by: 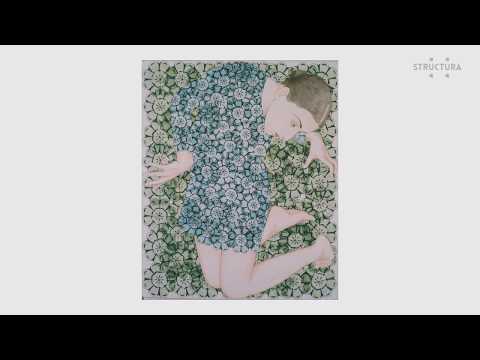