Rosemarie Trockel (born 13 November 1952, Schwerte, West Germany) is a German artist. She is a professor at the Kunstakademie Düsseldorf, in Düsseldorf in Nordrhein-Westfalen.

In 1983, she had her first solo shows at the Monika Spruth Galerie, Cologne, and the Galerie Philomene Magers, Bonn.

In the mid 1980s Trockel began to make large-scale paintings produced on industrial knitting machines. These regularly featured geometric motifs or logos such as the Playboy Bunny or a hammer and sickle, and the trademark: ‘made in West Germany’.

In 1994, she created the Frankfurter Engel monument for the city of Frankfurt.

In 2011, she won the Wolf Prize for painting. Since the late 1990’s Trockel has worked extensively with clay and has also continued to produce both hand and machine knitted ‘paintings’. Several of these paintings were exhibited in her major mid-career retrospective, ‘Post-Menopause’ at Ludwig Museum, Kessel in 2005. 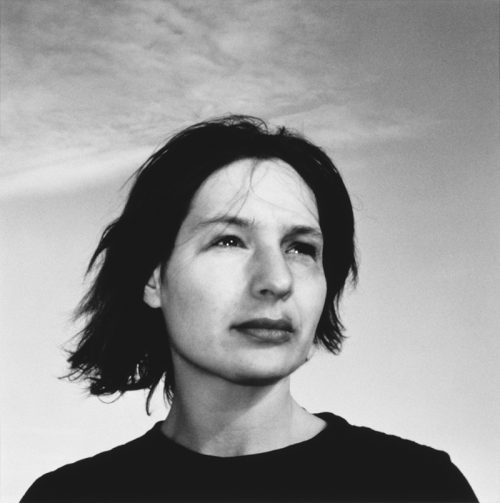