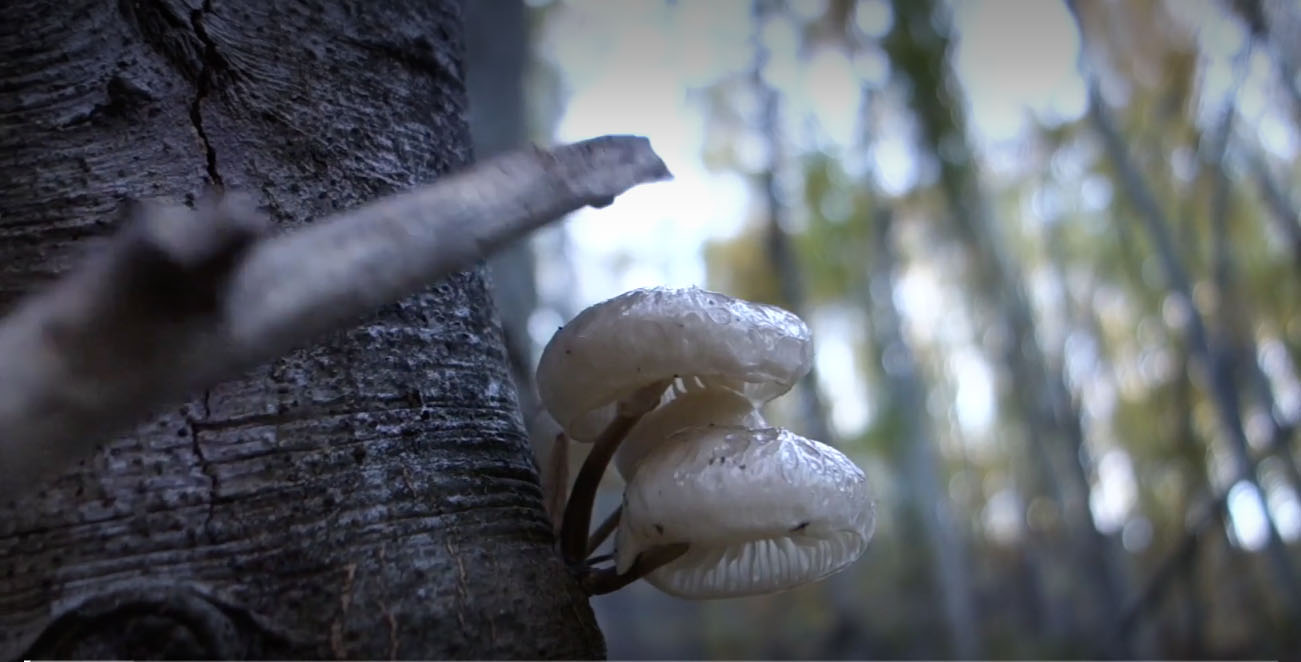 Claudia Hart. Inside the Flower Matrix

Jonas Blume. I’ve Got Your Nose 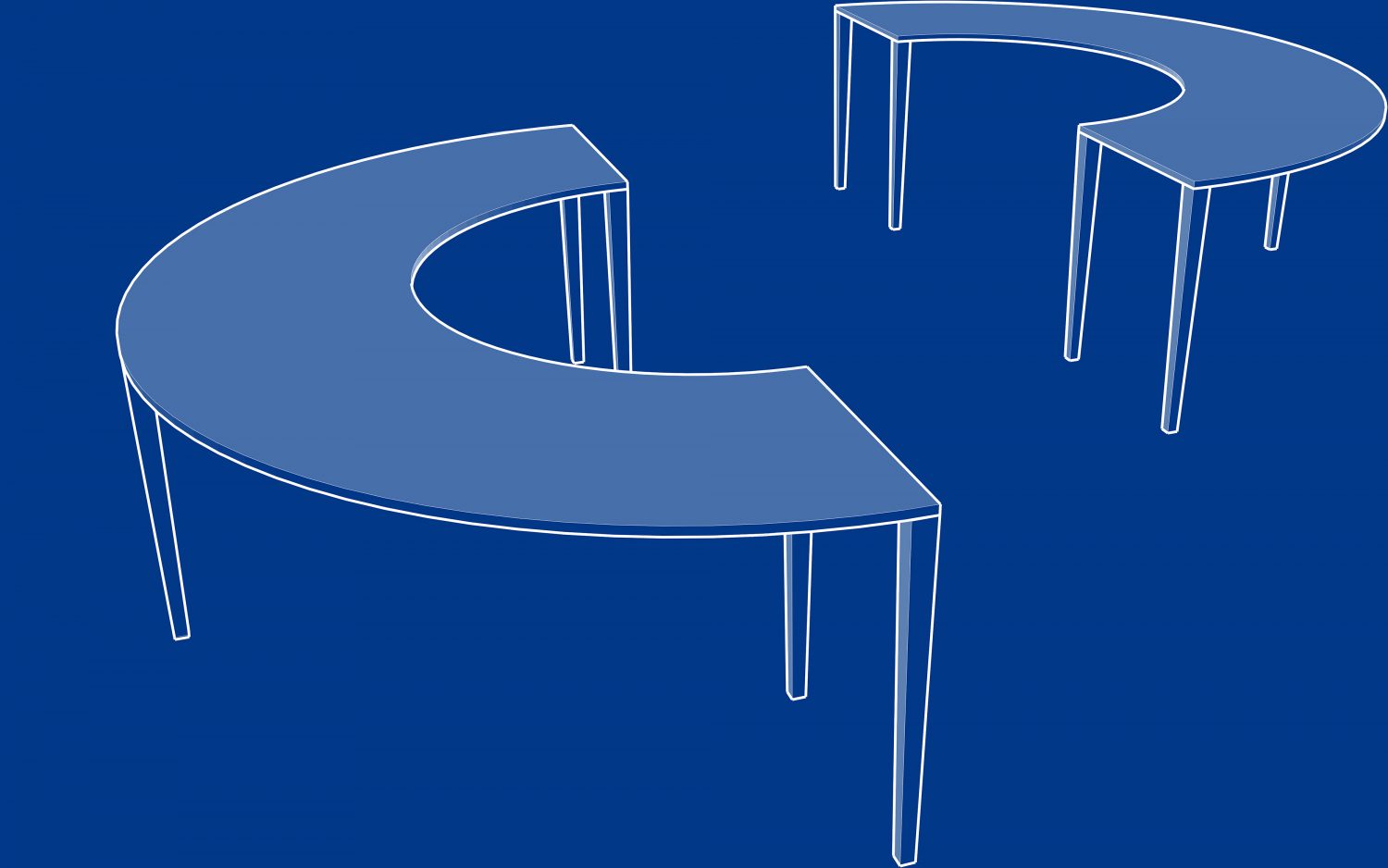 What is Normal is a three-part collaboration between Radiator Gallery, New York, and Structura Gallery, Sofia. It takes place online while creating a unique curatorial platform for the exchange of ideas, presented in a series of exhibitions with curators Naomi Lev, Boris Kostadinov and Gregory Volk.

This online collaboration was conceived during the Covid pandemic crisis in 2020. Galleries and museums were closed and the future seemed hopeless. Strangely, the world had united in common battle and suffering. It was then that we dared to jump out of the comfort of local life and embark on overseas cooperation. Under normal circumstances Structura and Radiator would not likely have met each other, considering their physical locations. It turned out that isolation opened new doors and provoked conversations for which otherwise there wouldn’t have been time, money, or enough energy. Abnormality gave birth to a different normality and to communication that we would otherwise have missed.

The resulting project, What is Normal, is not only a showcase but also an attempt to re-examine currently popular formats for presenting contemporary art online. We began relying on visual communication highly dominated by words and enabled by Zoom and other “live” Internet formats. The first exhibition in the series, Words and Actions, curated by Naomi Lev, shakes up this new reality by presenting an online discussion among four women art collectives engaging with remote geographies and socio-political issues. It is followed by Boris Kostadinov’s project Between Beasts and Angels, exploring the mechanics of human’s interaction with art, in which the machine is the central instrument, mediator and inspiration. Shifting the discourse back to nature, Gregory Volk curates the last show in the series, Contact. Author Jane Bennett has written of “things” in nature as “the vital materialities that flow through and around us” and ascribed to them “thing-power.” Jettisoning an anthropocentric orientation, the artists in Contact collaborate with such “materialities,” which maintain their own vitality and agency.

All the projects are available on the specially designed website www.whatisnormal2021.com and through the online platforms of Structura and Radiator.

The third and last show in the series Contact, curated by Gregory Volk, is shifting the discourse back to nature. According to the curator Contact is not about sublime, beautiful, and inspiring nature, which he’s certainly experienced in droves as an ardent backpacker. Instead, it involves distinctive artworks made in conjunction with nature, ones that also challenge the anthropocentric fantasy that we—quite recent additions to a four and a half billion-year-old planet—are somehow separate from and masters of nature. This fantasy of human exceptionalism is looking not only absurd but also perilous. Extreme weather, rising sea levels, withering droughts, and amok forest fires are wreaking havoc everywhere. While Contact was conceived and developed during the pandemic, as well as, most obviously, during global warming, it is not about either. None of the works are didactic or issued-oriented. Instead, all involve fruitful and sometimes surprising contact with nature, including lava, water, trees, birds, plants, fungi, singled-celled organisms and sunlight. In her excellent book Vibrant Matter: A Political Ecology of Things (2010), Jane Bennett has written convincingly of “thing-power”—the agency and vitality of non-human organisms and objects—and has described them as “the vital materialities that flow through and around us.” Contact involves human and artistic interaction with these “vital materialities.”

Between Beasts and Angels

“….man’s place in the universe is somewhere between the beasts and the angels, but, because of the divine image planted in him, there are no limits to what man can accomplish….”

― Giovanni Pico della Mirandola, The Oration on the Dignity of Man, 1486

The title of the exhibition quotes the Italian philosopher Mirandola – a conscious gesture that positions it in the Renaissance context. The cultural coup of the Renaissance in the 15th and the 16th-century centered on the concepts of man by juxtaposing them with God’s hierarchy. In the 21st century, the meaning of cultural processes is exceedingly similar, yet today, making sense of what is human takes place by comparing it with the technological.

Between Beasts and Angels presents works of art by 11 remarkable artists. For them, the New Media Age is a natural environment for the development of their ideas and the pursuit of their careers. They ask questions not only about how new technologies work in contemporary art but also interpret and discuss the Third Industrial Revolution with its practices, policies, economies, creative potential, digital ethics and aesthetics, education and what constitutes taste in the approaching new era in human history .

It is critical to point out at the outset that the project is based on works of art that exist solely in a digital environment. Put simply, this is art that was started and completed “as a file.” The project is not about the routine use of information technologies for the production of art objects which could eventually live their own material life in a physical exhibition space. The exhibition’s only environment for display and development is the online dimension.

And it is because the project lives entirely in the ecosystems of the digital ocean, looking at it, assimilating it and analyzing it critically suggests empathy, understanding, and of course a technological experience in and curiosity for artificial intelligence and the artistic activities of a huge portion of today’s humankind.

If, summoning all the cynicism we are capable of, we could point to anything positive in COVID-19 and the resulting fallout, it is that the pandemic brought a striking, total reconsideration of art, its great return and rehabilitation in a digital environment. Today, the international art community adopts and exploits — as if anew and faster than at any past moment — virtual opportunities for creating, consuming and distribution of contemporary art.

Therefore, Between Beasts and Angels deals with the art market, cryptocurrencies, the new economic and social position of the artist, as well as the innovative concept that the value of a piece of the visual arts can lie solely in its idea and concept, not in the physical material it is made of.

Between Beasts and Angels make an attempt at starting a discussion based on the mechanisms of this new interaction between the human and the art, engaging in a reciprocation in which the machine is the central instrument, inspirator and mediator.

Words and actions is a collaboration and documentation of unique projects created by four art collectives. The all-women collectives were selected in relation to the dialogue they are creating within their community, as well as the dialogue they’ve established for creating a community. Oda Projesi and Nadin Reschke, a Turkey and Berlin based group of artists created “Tongue”, a community-based pedagogic project that plays with the role and influences of subjective language; Mujeres de Maiz, based in L.A. leads ceremonies, poetry readings, pop-up shows, and supportive community healing events that allow a space for their members to come together and talk (literally and emotionally); the NY-based Collective_View created home-based exhibitions between its members and collaborators during recent lockdowns, enabling intimacy and bonding in times when human connection and some form of physical presence were needed most; and finally, The 8th of March Group based in Bulgaria, speaks up for a community of women through political art exhibitions, generation after generation, creating a radical space for growth, change, and a deeper manifestation of freedom. Each participating collective in this dynamic and interactive online show will have a special webpage dedicated to their project, highlighting the groups’ alternative radical actions and soothing words that create unlimited interpersonal connections.

Naomi Lev (https://www.naomilev.com // @nlvrouge) is an independent art writer and curator based in Brooklyn. Lev is dedicated to supporting artists in their process, and promotes rights for creators and women in the field. In 2016 Lev founded the group Collective_View which is an all female-identified, art professional group. This intimate group meets monthly to discuss their roles as women in the art world and in society at large. During  New York’s first lockdown in March of 2020, Lev has launched a YouTube channel titled “7 Minutes with Naomi”, where she meets online with artists and art professionals from around the globe to discuss their current state and look at their works of art. Another project that was launched a couple years ago is “Artistsandwriters4ever.com” – an online platform that connects artists and art-professionals and offers a work-per-work barter between its participants. These are all collaborative initiatives that aim at creating a large supportive community. Lev has previously hosted a series of talks at Independent Curators International (2013-2014); curated a conversation and performative-monologue with Jonathan Meese at the Tel Aviv Museum (2013); and artistically directed a series of talks and panels with Vito Acconci at Bezalel Academy and Beit Berl College (2011). Recently curated shows include: “Headlines” (SPRING/BREAK Art Show, 2018), “With Passion” (NY), “in, side – throughout” (NY), and “Preliminary Study: RSI-T” (NY and MI). An upcoming collaborative curated show at Structura Gallery in Bulgaria and Radiator Gallery in NY will launch in July, 2021. Lev was a contributing editor at Creative Time Reports (2015-2016), and has contributed to international magazines such as ARTFORUM.com, Artcritical.com, TOHU Magazine, and BOMB Magazine, among other publications. She holds a BFA in Fine Arts from Bezalel Academy of Art and Design in Jerusalem, and an MFA from the Art Criticism & Writing program at the School of Visual Arts in NYC.

What is Normal would not be possible without the active cooperation of Maria Vassileva, Tamas Veszi, and Daniela Kostova.