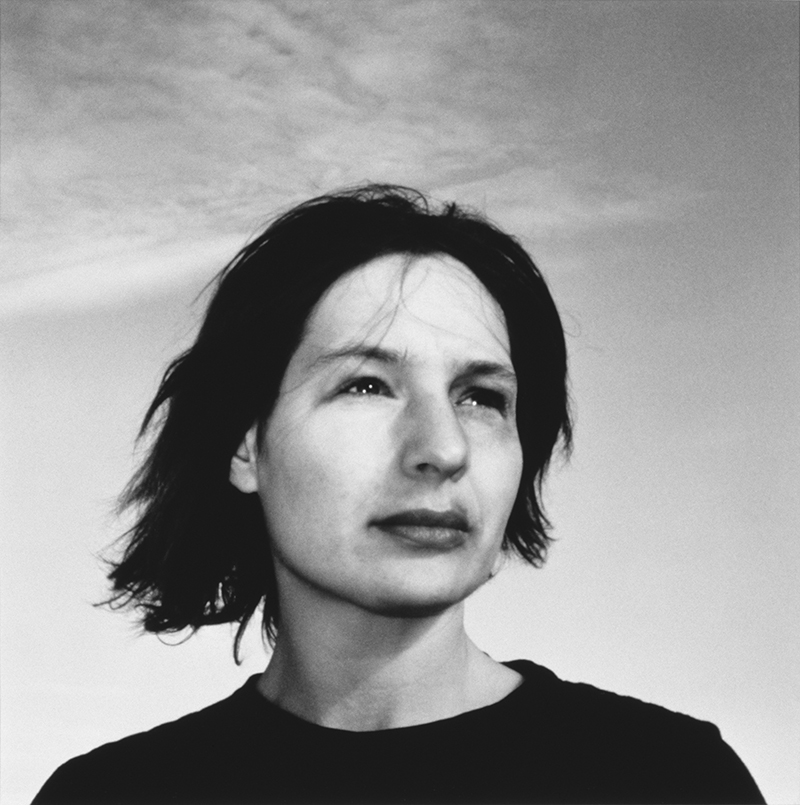 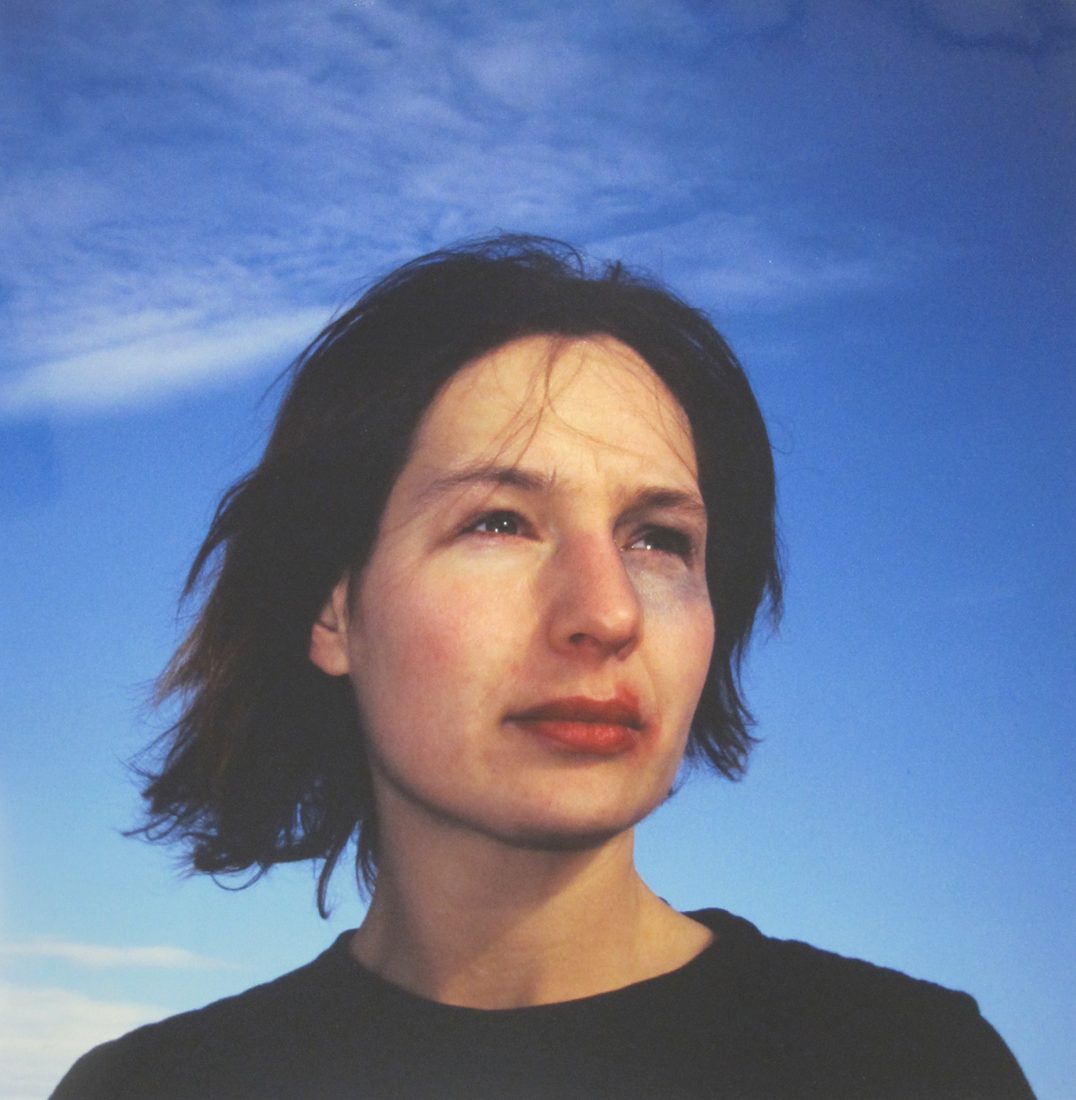 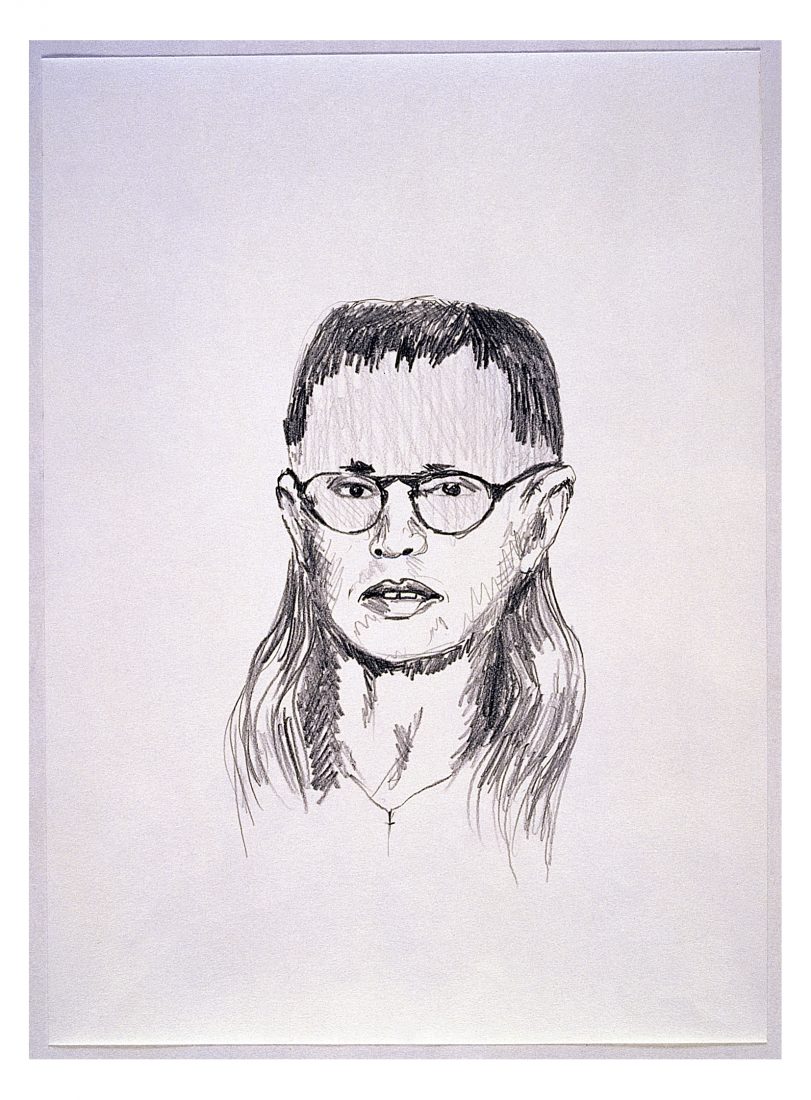 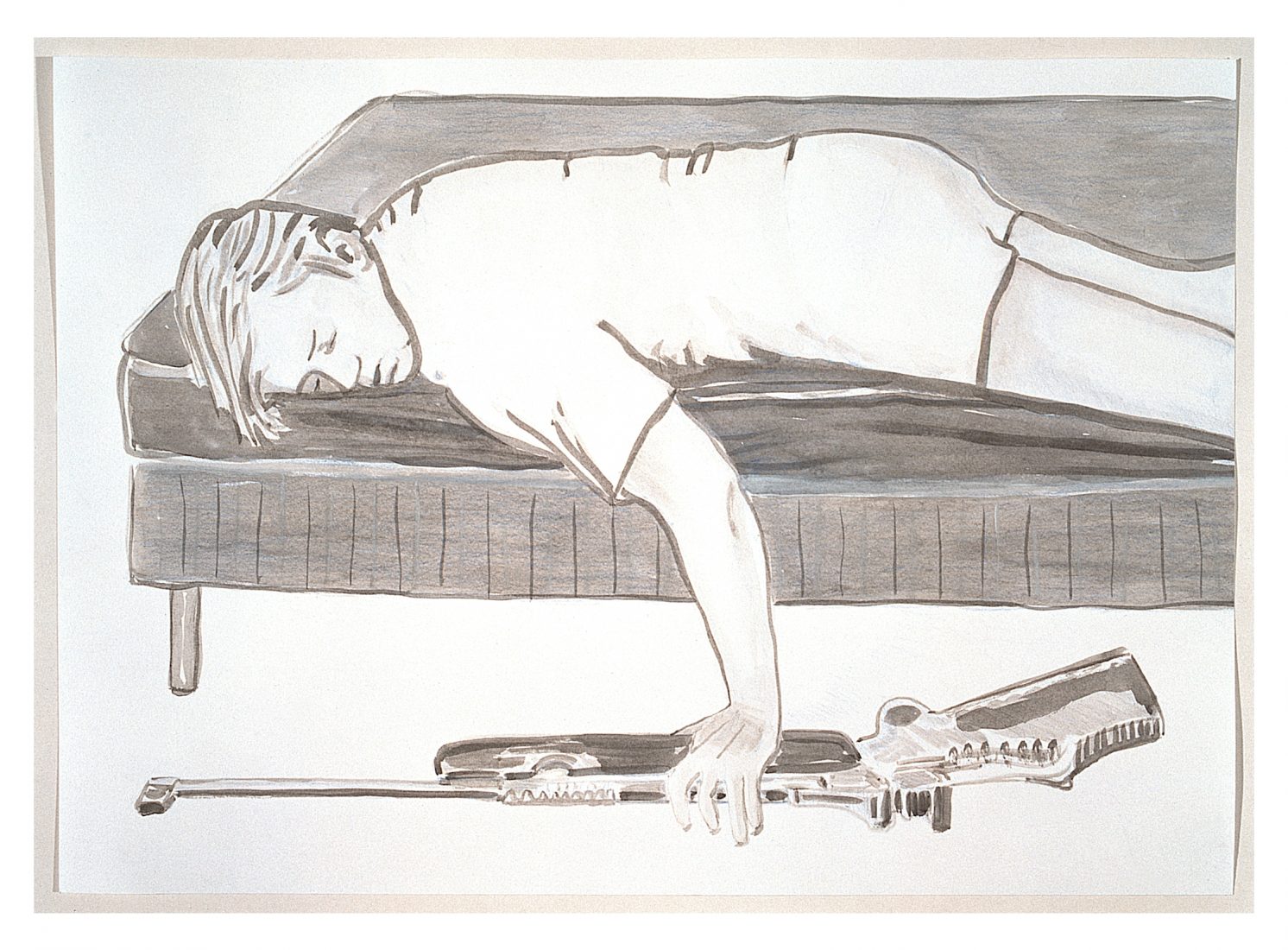 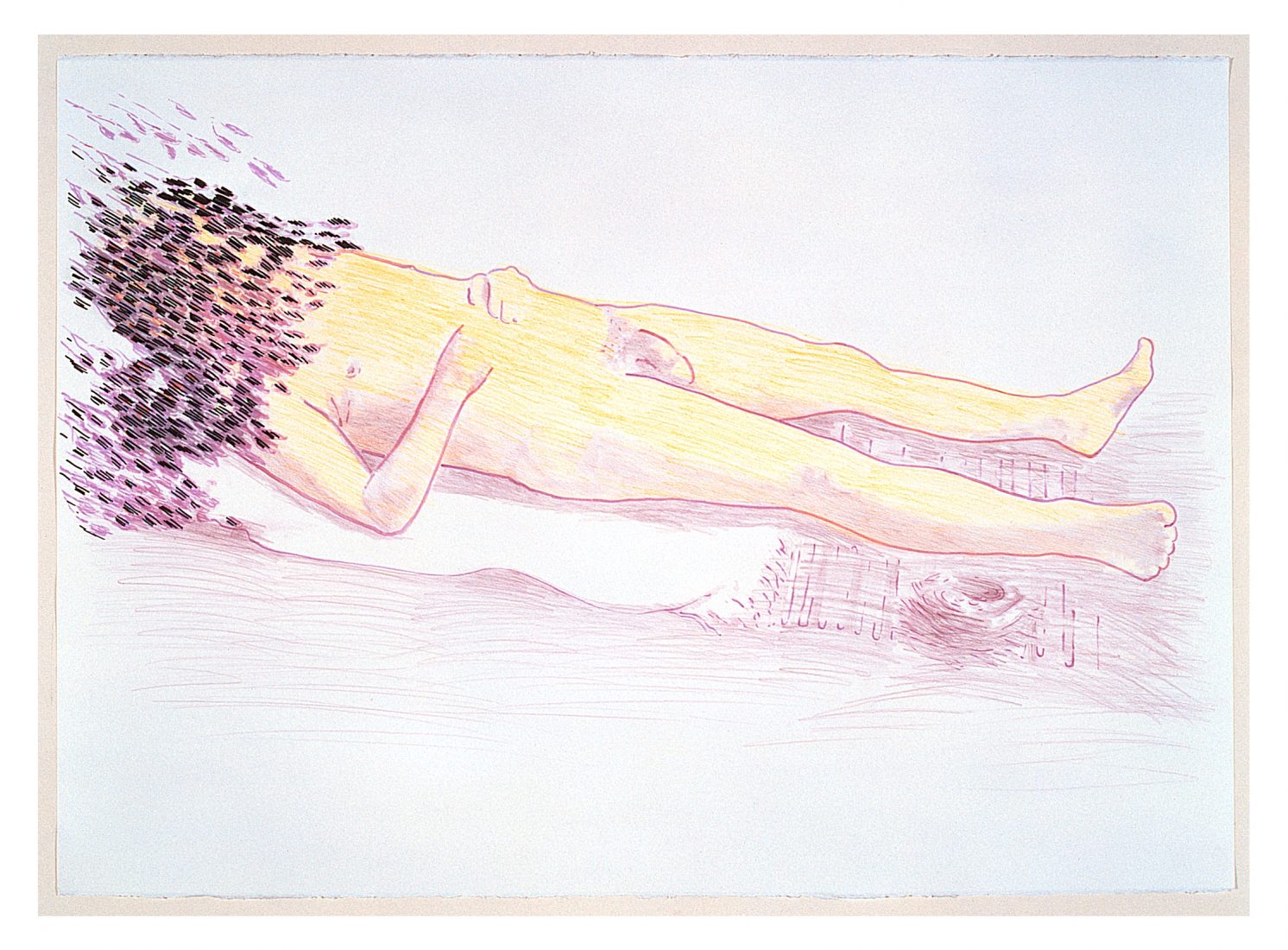 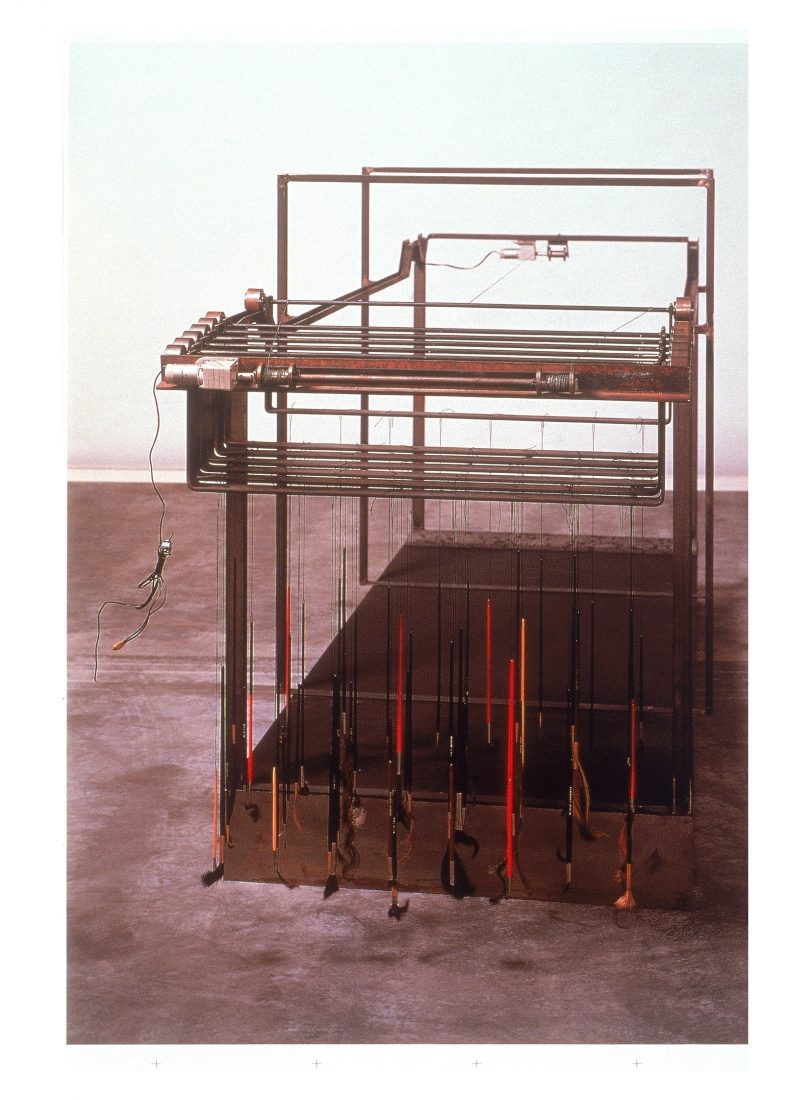 An exhibition of the Institut für Auslandsbeziehungen e. V., Stuttgart / Institute for Foreign Cultural Relations
With the support of the Goethe-Institut Bulgaria
Concept: Rosemarie Trockel and Gudrun Inboden

The current exhibition on Rosemarie Trockel is part of a series of monographic exhibitions in the Institut’s program that includes Sigmar Polke, Georg Baselitz and Gerhard Richter.

The work of the most important contemporary German artist can neither be limited to one genre nor set on one style. Her work with the media of drawing, painting, installation, sculpture, photography and video closes gaps between the personal, the local and the global and includes a widespread network of discourses covering aspects of German social and political history as well as premises of Western philosophical, theological and scientific discourses or cultural codes, role models and the norms of the art system.

One of her central topics is the critical examination of female contexts of life and gender difference, whereby the artistic positions of her older colleagues form the programmatic starting point for Rosemarie Trockel’s own viewpoint. An art scene that has been largely male-dominated, even into the 1980s, spurs Rosemarie Trockel to dissent. She persistently formulates counter-positions in which she confronts the male artist-genius with feminine roles and subject matter. The various groups of works reflect her standpoint within a decidedly feminine artistic realm and are unstinting in their fundamental critique of the prevailing art system.

She doesn’t spare with fundamental criticism of the existing art system. One of her earliest masterpieces, “Malmaschine” from 1990, which is shown in our exhibition, takes to the absurd, in virtuoso style, the commonplace about the complaisant handcrafted-mechanical nature of art created by woman’s hand. With its mechanical production of the painterly Gestus, “Malmaschine” reads well as a parody on the topos of the artist-genius.

Despite her critical stance, Rosemarie Trockel’s works encounter the viewer as lively, highly imaginative conceptual constructs and as vivid and convincing artistic creations. The artist manages to visualise even weighty intellectual cargo in an ironic and humorous way, avoiding dogmatic oppositions or, indeed, polemic. The same strategy is pursued after 1991 in the knitted pictures, which hang on the wall like minimalist sculptures. The artist strips a prop borrowed from the everyday life of women of its traditional function. Like the wool material in the knitted pictures – ideologically burdened as “typically feminine” – electric stove-burners, too, depart from their banal connotations of domesticity or craft.

Rosemarie Trockel does not develop her work in a linear manner, but prefers to take intentionally circuitous artistic paths. With a thoroughly deconstructive method, she places every answer, once found, again in question, or even takes the answer back. The uninitiated observer might therefore find her work heterogeneous and, at first, not easily accessible. And yet a finely woven web of associations is spun around each group of works in which the motifs, once formulated, undergo manifold variations in different media over the years and so decipher themselves.

In her works, traditional and new visual media make astonishing connections for the viewer again and again. This is particularly evident in the ink, charcoal, pencil, collaged or computer drawings, which have an important place in the oeuvre. Drawings accompany each new phase of work both as trial runs and as sketches noting observations and ideas but, as is especially apparent in the current large format works, they also form an independent body of work. Along with the videos, our exhibition therefore puts special emphasis on this medium.