ART AND POLITICS – CONFRONTATIONS AND COEXISTENCE 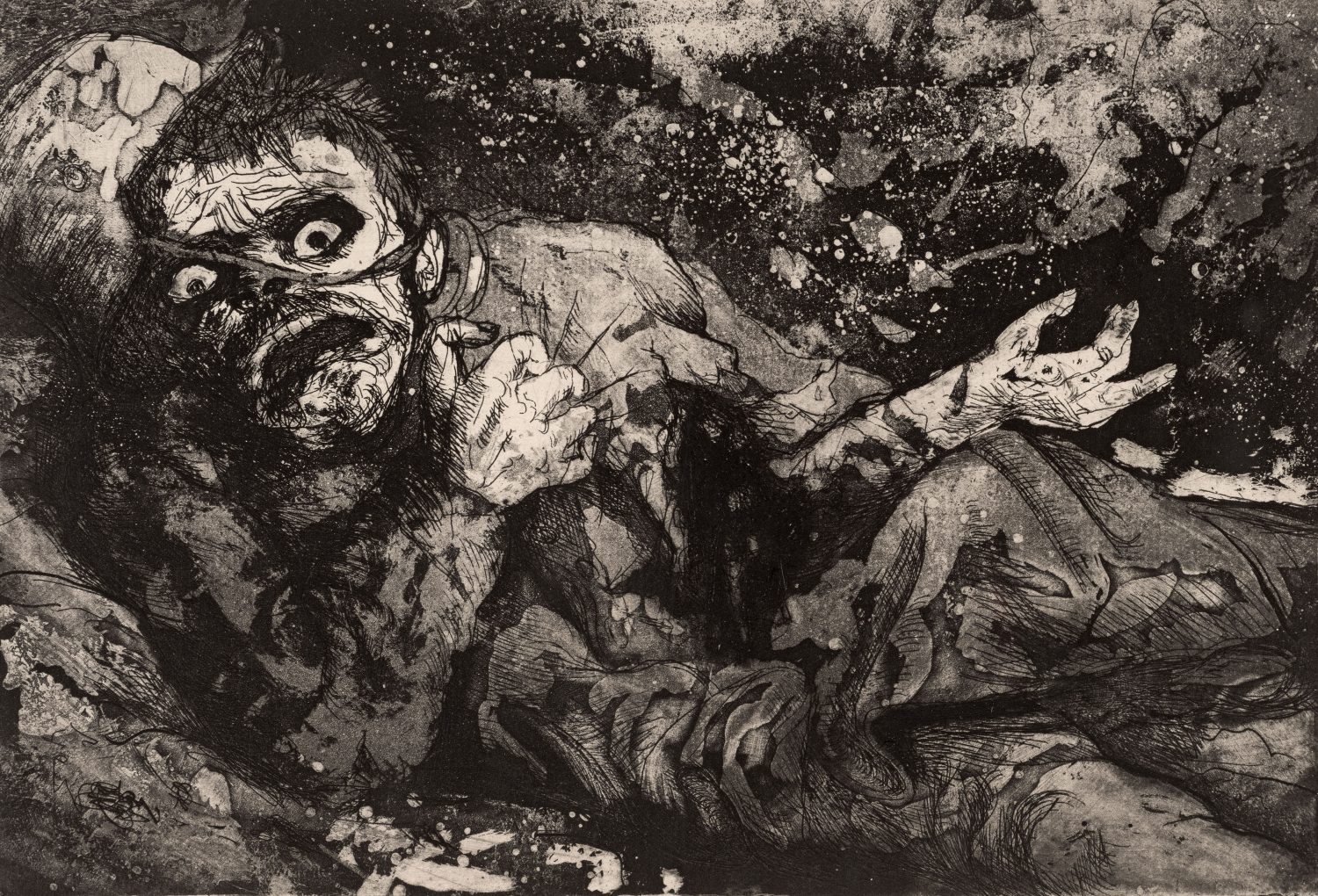 Otto Dix (2 December 1891 – 25 July 1969) is one of the most famous German artists, painter and printmaker, noted for his ruthless and harshly realistic depictions of German society during the Weimar Republic and the brutality of war.

When the First World War erupted, Dix volunteered for the German Army. He was assigned to a field artillery regiment in Dresden. In the autumn of 1915 he was assigned as a non-commissioned officer of a machine-gun unit on the Western front and took part in the Battle of the Somme. In November 1917, his unit was transferred to the Eastern front until the end of hostilities with Russia, and in February 1918 he was stationed in Flanders. Back on the western front, he fought in the German Spring Offensive. He earned the Iron Cross (second class) and reached the rank of vizefeldwebel. In August of that year he was wounded in the neck, and shortly after he took pilot training lessons. He took part in a Fliegerabwehr-Kurs (“Defense Pilot Course”) in Tongern, was promoted to Vizefeldwebel and after passing the medical tests transferred to Aviation Replacement Unit Schneidemühl in Posen. He was discharged from service on 22 December 1918 and was home for Christmas.

Dix was profoundly affected by the sights of the war. He represented his traumatic experiences in many subsequent works, including a portfolio of fifty etchings called Der Krieg, published in 1924, presented in the exhibition. Subsequently, he referred again to the war in The War Triptych, painted from 1929-1932.

Why would a contemporary art gallery take an interest in displaying military-themed etchings from the second decade of the 20th century? The answer seems more and more obvious in the current times of social tension, political unrest and pandemics. The brutal truthfulness in the works of Otto Dix, the artistic approach that leaves no one indifferent, the grotesque images making us experience the horrors of war without being exposed to it, turn these works into a permanent alarm call. A reminder not only of the fierce clashes on the frontline, but also of all aberrations of the modern world, which keep on happening despite our cumulative historical experience.

We decided to supplement Otto Dix’s series Der Krieg (The War) with a small selection of works by other outstanding German artists, who have always kept their finger on the pulse of society:
Hannah Höch, Joseph Beuys, Günther Uecker and Gerhard Richter.

To give it all a more contemporary flavour, the show will also feature Antoni Rayzhekov’s piece Pandemic sound card, 2020, inspired by the Coronavirus situation and the possible manipulations threatening our civil freedoms.