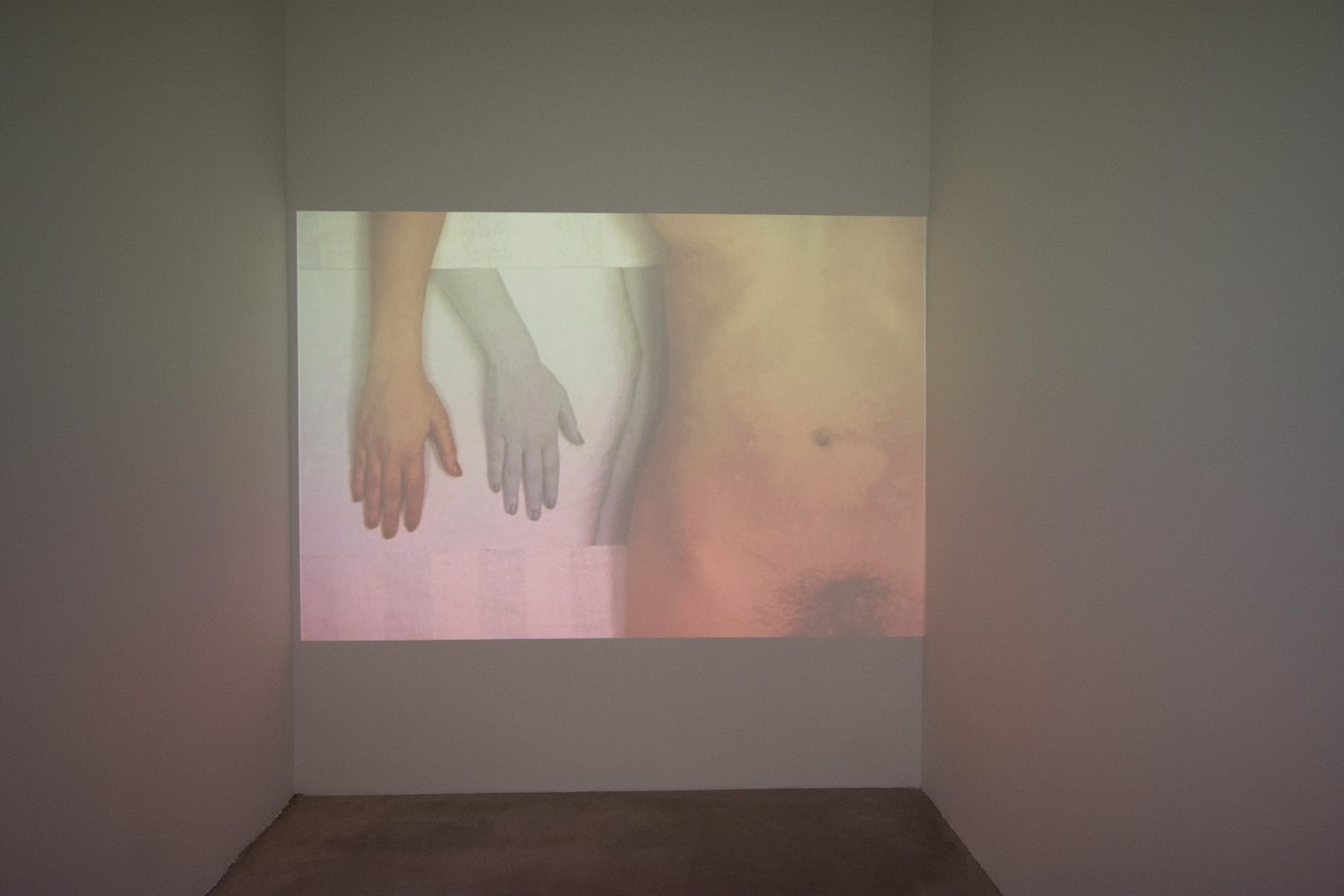 VALIE EXPORT, one of Austria’s most important conceptual and multi-media artists, very early on recycled images and sequences from her own production into new works, an artistic strategy that questions the traditional idea of the image’s authenticity. She investigates the body as a membrane between society and identity, a membrane which is simultaneously image and sign and where the female body is inscribed into the structures of society. Her 1984 film Syntagma alludes to a fixed gaze that someone exchanges with himself/herself as if he/she were two people – eyes staring at oneself and the unyielding gaze of the camera, focusing on the intertwining structures of the body and its surrounding architecture and at the same time gauges the psychic realities behind. While psychoanalytic treatment had become general practice all over the USA in the 1960s, it received limited attention in Western Europe at that time. Here, with the exception of the medical field, it was primarily the artistic field that reacted to forms of social and mental deviance, in part also in account of the continual exchange occurring between the artists of both continents.

In Austria, VALIE EXPORT was the first artist to explore mental formations, primarily in the context of the female psyche, and her actions and films also received attention in the American art scene. Syntagmaprovides an overview of the key elements of EXPORT’s early work: in a literal, grammatical sense it links a contiguous chain of elements from EXPORT’s artistic production with the problems of a gender-specific sociality. In Syntagma, EXPORT focuses on the disjunction in the female psyche between the women’s own body and its masculinely dominated environment, whereby she draws inspiration from the British psychiatrist R.D. Laing, who dealt with the problems of schizophrenia in his 1960 book The Divided Selfwhile speaking out for the social acceptance of the phenomenon known in everyday language as “madness.” EXPORT underpins the visual schism of the body from its environment with the statement: “The body clearly takes the position between me and the world; on the one hand, the body is the center of my world, on the other, it is an object in the world of the Others.”

In EXPORT’s work from the very beginning it has been of central importance that the female body no longer represents an object of (male) desire, but that it ought to be perceived in society as a subject with fully equal rights. The psychical disjunction that repeatedly appears in Syntagmathrough the photographic superimposition of body parts should not be understood as a reference to schizophrenia, but to the social inequities of the 1970s, which here, represents the source of neurotic, psychotic, and depressive actions, which were considered a barrier to be overcome in terms of both gender and society. This is a particular point at which to address parallels between art and psychiatry, both of which attempt to combat those social restrictions which have the effect of limiting personalities and the position of the self. The narrowness that results from (not exclusively sexual) patterns of social dependency drives artistically active protagonists to create free ideological space for themselves or to expand the standardized societal space. The fact that such expansion of the social space often entails pressing forward into socially pathological terrain automatically puts artists in the position of the ex-centric, literally moving out from the center—or not necessarily paying due respect to the social and political center of power with reference to which societal reality is defined.