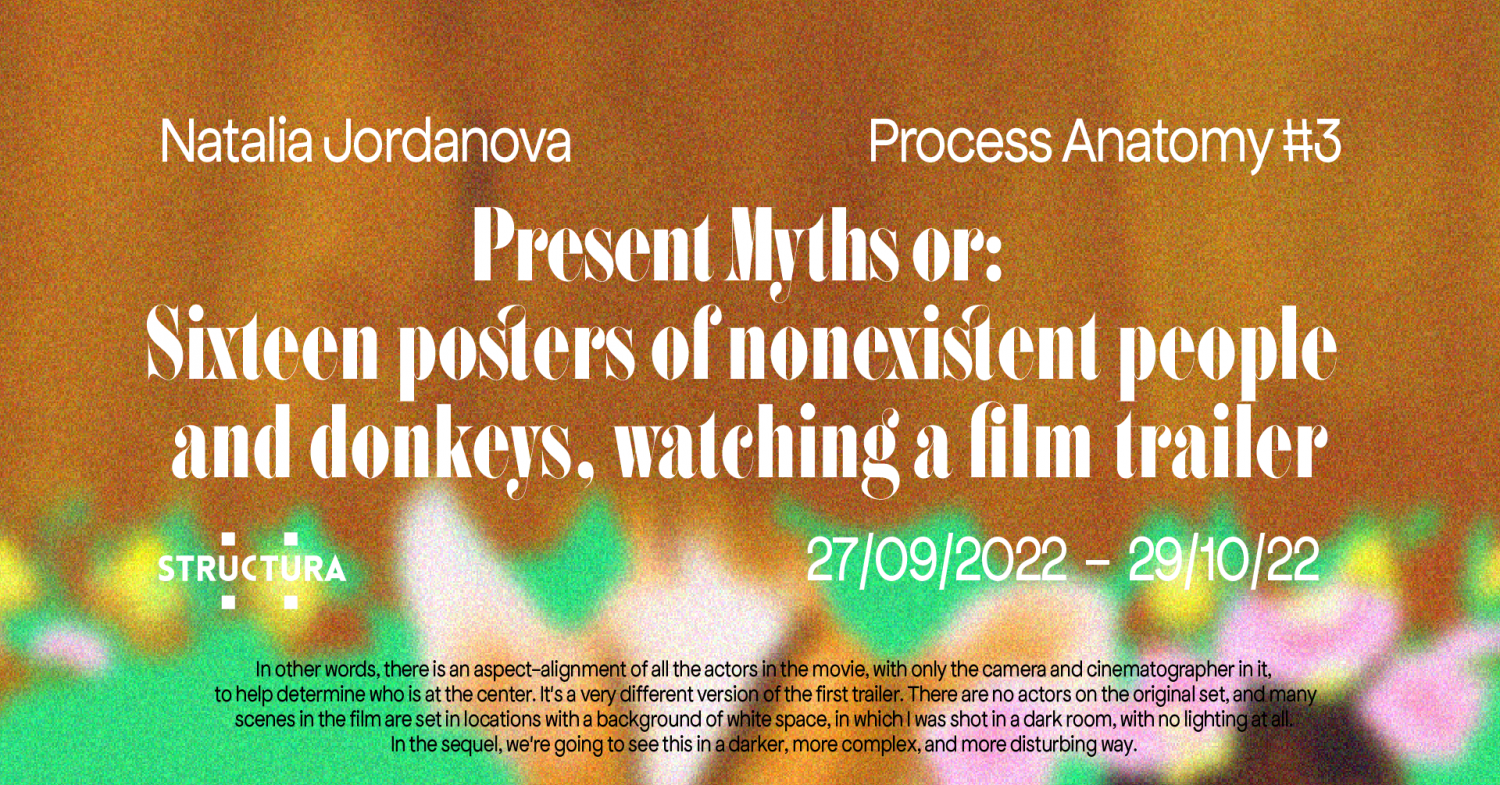 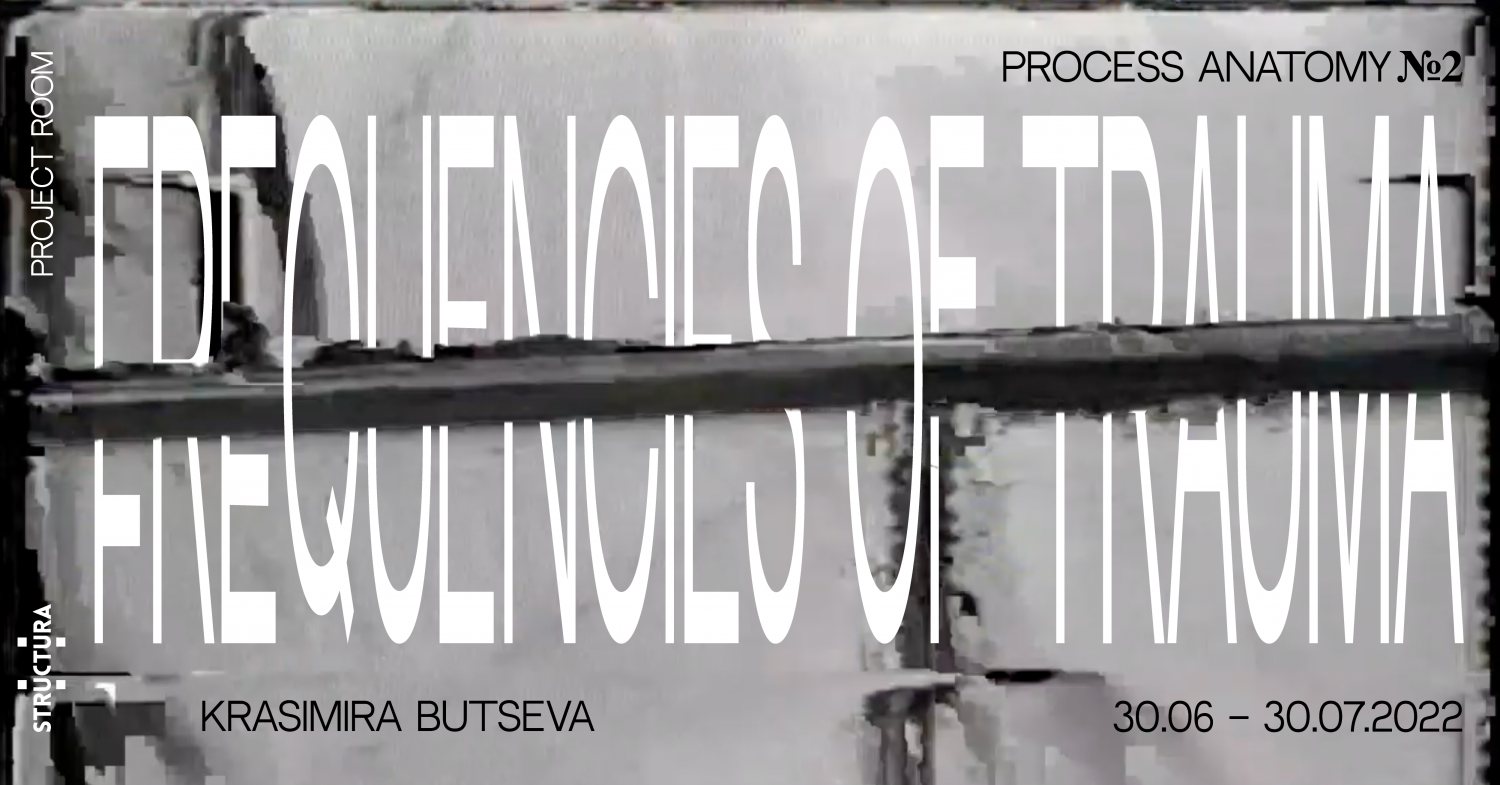 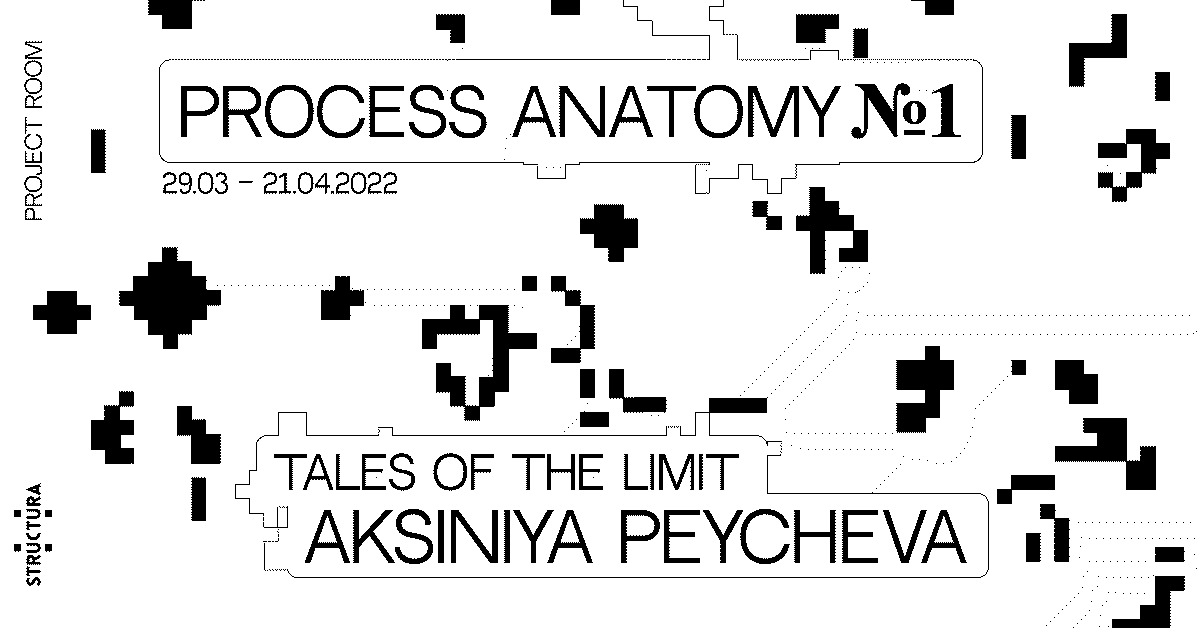 We are launching our next project: the Structura Project Room is a special space in the gallery dedicated to showcasing young artists. Curator under 35 selected by competition will realize 4 exhibitions in 2022. The initiative is developed within the framework of the one-year platform “HOW SOON IS NOW?”, supported by the National Culture Fund.

This year the competition for curator was won by Vasil Vladimirov. Expect the first exhibition at the end of March. Here we introduce the curator and the main aspects of the idea to be developed.

The “Process Anatomy” project creates a space for speculation on the seemingly unexplored territory and state of artistic research. A series of exhibitions will present existing works by four different artists. Rather than in their materiality and ‘finished form’, they will be present through ideas and references related to the artistic research and the process of making behind them. The gallery space will be transformed into a studio of sorts where viewers will be involved in a process of ‘reverse engineering’, tracing the research methods at the heart of the respective artistic practice.

Taking the focus away from the conventional way of displaying art in a gallery setting, the series of exhibitions will discuss the different manifestations of artistic research. For example, it will raise questions about the role of the artist working at the intersection between art and (social) science. Can and in what ways it can contribute epistemologically to these fields? More generally, how does artistic inquiry assist in articulating and understanding human experience?

Vasil Vladimirov is curator and coordinator of the art program at KO-OP art space, Sofia, and works as a freelancer. He has a BA in Modern History and Politics, and an MA in Political Sociology. At KO-OP he facilitated: “Sweet & Sour Hour” (solo exhibition by Mihail Novakov), “The Future Will Come” (solo exhibition by Mitch Brezunek), “First Line” (solo exhibition and publication by Andrea Popyordanova), “NO ARTIST CAN PREDICT THE FUTURE?” (group exhibition with EEP Berlin), “Viriditas” (solo exhibition by Gergana Petrova). He has participated as a curator in the festivals “Month of Photography” in Bratislava and “International Photographic Meetings” in Plovdiv, and is the director of FIG. – a festival for illustration and graphics in Sofia. He is currently part of the Swimming Pool “Social Vision Centre” working group and is developing his own research project related to Bulgaria’s cultural heritage.

Over the past year, Natalia Jordanova has been developing her largest video installation to date, Deep daydream-reality: the Opening Scene, which is due to premiere in early 2023. In it, she explores the idea of myth in cinema, and through her interdisciplinary approach, the installation medium as a “cinematographic situation”. The project speculates on possible narratives through the form̀ of cinema, involving different “voices” and creating a world in which the human is not at the centre. In the language of cinema, the fictional becomes possible through the interpretation of myth. It is both a past ontology and a model and structure for constructing a film work in the present.

The current exhibition, Present Myths or: Sixteen posters of nonexistent people and donkeys, watching a film trailer, is the third part of the curatorial project ‘Process Anatomy’. Within it, Natalia inverts the typical paradigm of creating and presenting art, in which the steps in developing the work often fade into the background. Here, the process becomes the concept and the work, and the exhibition is the medium through which we access it. She achieves this by employing formats that are part of the semantics of cinema, that being the film trailer and poster. In line with the exhibition’s concept, the trailer is constructed from the film footage shot in the process and simultaneously exists autonomously. The advance showing is an intermediate outcome, including materials that reach the audience and suggest that this footage may be lost in the process and that it remains the only evidence. By anticipating the final work, the trailer creates the myth of it.

In the space, we find a screen that cyclically repeats the moving image. Regardless of whether an observer is present, the video is under constant surveillance by non-existent viewers. They are characters imagined by artificial intelligence with which Natalia collaborates to generate the film projected at the donkey farm. We are witnessing an ecosystem in which humans, technology and animals are in a state of flux and shifting positions. This post-anthropocentric idea re-examines our relationship with the surrounding world and inverts the nature of reality. It demonstrates not so much their interchangeability but rather the potential for all agents to be seen as equals.

In the context of the curatorial framework, Natalia’s practice intuitively engages with theoretical areas of philosophy. Her works appear as hypotheses providing a basis for reflections on the nature of being and the ideas of post-anthropocentrism. While she does not ignore the possibility of a dystopian outcome, the artist presents us with a techno-optimistic vision that acknowledges the influence of technology to drastically alter the meaning of what it is to be human. She leads us to experience and reflects on a speculative reality in which feelings of fear, unsettlement, optimism and excitement can manifest simultaneously. This conflict is at the core of man as a complex being and is part of his constant transformation.

Natalia Jordanova (born in 1991, Sofia, Bulgaria) is an Amsterdam-based artist. As part of an ever-developing quest for possible worlds, Natalia’s artistic practice is a subjective synthesis and material proposition of what defines the present moment. She builds context-aware installations through her interdisciplinary approach and deployment of various practices.

The second exhibition of the series Process Anatomy presents the work Frequencies of Trauma which is specially created for the current project. It is the continuation of Krasimira Butseva’s investigation into her own practice as an artist, which began during her residency at Akademie Schloss Solitude in 2021 and resulted in the ongoing project, A Study of a Practice.

Krasimira Butseva’s practice explores and investigates the history, memory, trauma and political violence in relation to Eastern European communism. She is a multi-disciplinary artist who employs various media – photography, collage, film, found objects, archives, and installation. Regardless of the topic that her work deals with, ultimately, she provides a meta-commentary on the very medium of photography. The artist challenges the democratising qualities of photography and the digital image, by demonstrating the incapability and failure in providing objective representations. It is precisely the democratic nature in the dissemination of images that moves the photographic image from the realms of aesthetics to that of human interaction and thus politics. Krasimira Butseva uses these notions to employ and actively manipulate or emulate the appearance of archival and found images, thus fooling the viewer and emphasising the subjective nature of the medium.

Within the context of the curatorial programme Process Anatomy, Krasimira Butseva’s practice demonstrates the artist taking on the role of a social scientist – historian, anthropologist or sociologist. History is told through objects and images and the artist is an active agent in their collection, curation and preservation.

The process of archiving involves active selection that is based on a story that the institution or entity is seeking to tell. In the current exhibition, Krasimira Butseva challenges the role of cultural and political institutions and their active negligence in critically examining the problematic past of the communist regime in the ongoing period of transition. Thus, metaphorically, the images presented are also in transition, incomplete, glitched, and distorted – existing in a liminal space between conflict and resolution, between fragmentation and completeness.

The project is realized with the financial support of the National Culture Fund.
Graphic Design: Zahari Dimitrov

The first exhibition of the series Process Anatomy will present Tales of the Limit, a multi-disciplinary project by the artist Aksiniya Peycheva in which she collaborates with a physicist and microbiologist. The work creates a prerequisite for dialogue and exchange of the same visual information over and over again between the fields of visual art, artificial intelligence and microbiology. The same image – an AI-generated portrait of a non-existing person – is painted by the artist as a classical portrait on canvas and then transferred via a specially created matrix fed with various bacteria strains to a bed of agar where they grow to reproduce the portrait. These three fundamentally different methodologies bring about different results, through which Aksiniya calls into question the efficiency of the systems of communication and how visual information (or the lack thereof) can be seen as an indicator of the functionality of these systems.

Within the context of Process Anatomy, the work Tales of the Limit and Aksiniya’s practice in general, expresses the multi-disciplinary quality of artistic research, especially in the implementation of scientific research methods and processes in the conceptualisation and production of the artworks. As well as a processual characteristic that is based on the observation and implementation of biological processes and systems. The exhibition will take the final form and function of the object as a starting point and will move in reverse following the journey from idea to materialisation. Throughout this journey, we will inquire into the role of Aksiniya’s visual exploration into the production of knowledge in relation to how information is transposed in different media, what is lost and what remains. Is the medium simply subservient to our will, or there are other forces at play that give it agency? This question can be reformulated to resonate throughout the rest of the curatorial programme. To what extent the process is a controllable system of thoughts and actions or an “organised chaos” of experimentation and exploration?

The “Process Anatomy” is a curatorial project by Vasil Vladimirov which will explore the complexities of innovative art practices and their exploratory characteristics dissociated from a predetermined final object. A series of exhibitions will present existing works by four different artists. Rather than in their materiality and “finished form”, they will be present through ideas and references related to the artistic research and the process of making behind them. The gallery space will be transformed into a studio of sorts where viewers will be involved in a process of“reverse engineering”, tracing the research methods and processes at the heart of the respective artistic practice.

*
Aksiniya Peycheva is a transdisciplinary artist, based in Sofia, Bulgaria. The focus of her work is the process of ‘visual translation’ where she explores the possible ways of moving pieces of information between different fields of knowledge – ‘how one or several scientific fields can be combined in order to answer a question only important to art.’ She often collaborates with scientists, and her projects are also accompanied by a theoretical part, the result of a long study on certain topics, which include the topic of the visual translation of music or pain. Light, kinetic, interactive of multilayered glass installations, her works contain different layers of information, using various scientific methodologies, which can be explored as an attempt to redefine the fields of knowledge and to rethink the initial need to set their boundaries.

Tales of the Limit was produced in the programme of DA Lab E-valuation, 2021 by the DA Lab foundation and was presented at Heerz Tooya, Veliko Tarnovo at DA Fest 2021

The project is realized with the financial support of the National Culture Fund.
Graphic Design: Zahari Dimitrov