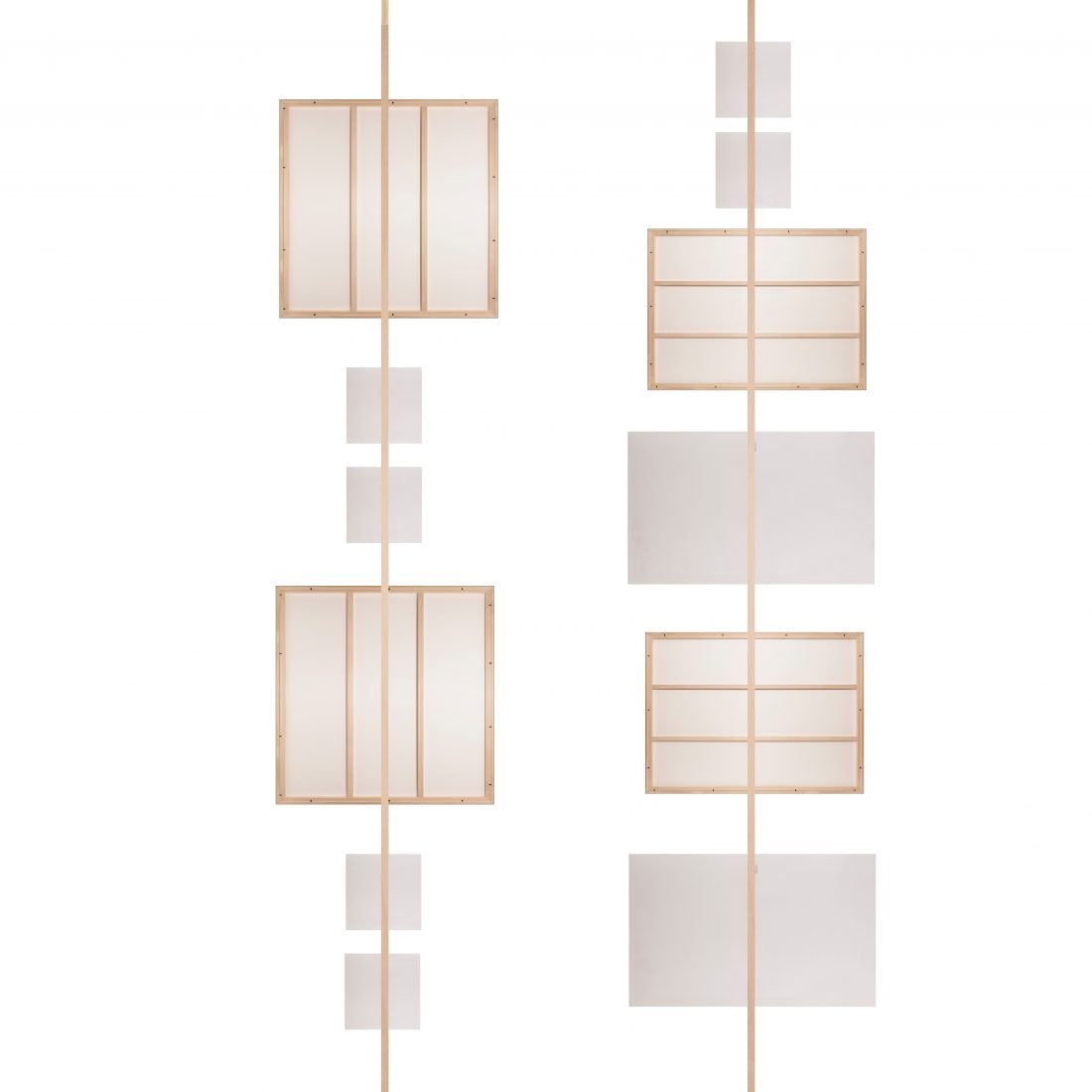 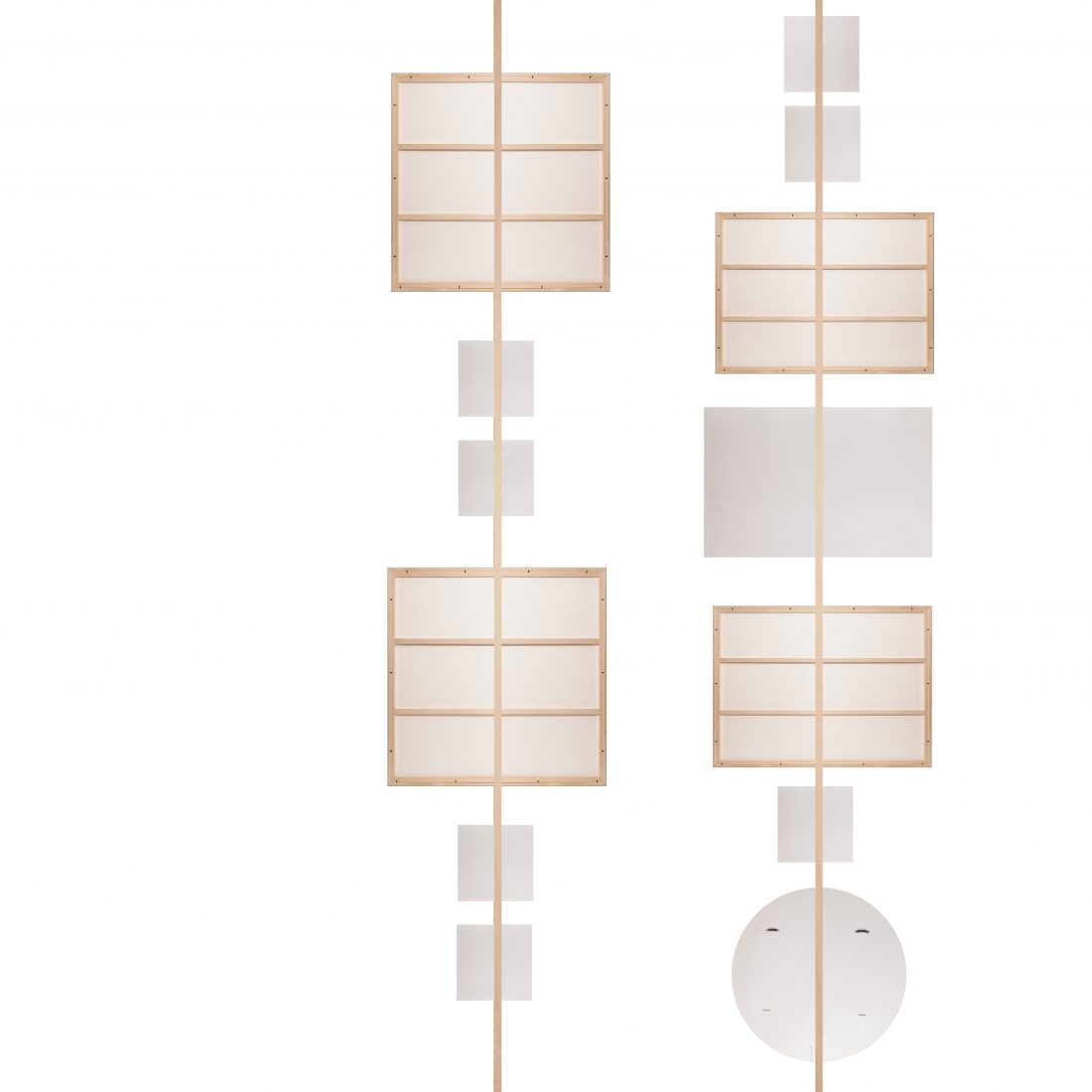 The joint exhibition of Pusha Petrov and Ivan Moudov at Structura Gallery, Sofia, is an invitation to the public to walk through the space to discover the history of an object – a two-sided door seen through two different “lenses”. Each part of the door has been restored separately by the artists and then the two are displayed side by side to give an insight into the artists’ approach. Each side of the door also has its own narrative, told in stories written by two writers. In the case of Pusha Petrov, it’s Romanian science fiction writer Andrei Cherascu, who outlines an intimate story about the door based on his conversation with the artist. Ivan Moudov collaborates with the Bulgarian poet Stefan Ivanov.

Since an object has at least 2 sides, the artists decided to expand the ways of seeing the object in space by presenting the back of the object as its front. On it a selection of works by Pusha Petrov is shown. They detail rituals that still exist in the village of Dudeștii Vechi (Romania), where a small community of Banat Bulgarians lives. The identity of this group, forged by tradition and religion, is imbued with a great communal spirit that is revealed in the interiors of the houses, the details of the traditional costumes and even in the daily routines that seem to guide its members throughout their lives.

The project deals with the visible and the invisible, with acceptance and non-acceptance. It simultaneously “erects” a barrier and “opens” a door to understanding the Other. In today’s world, communication is mediated by rules, norms and constraints. The exhibition focuses precisely on the boundaries we often set for ourselves and tries to show that the distance between us can be very short.

The exhibition is supported by the National Culture Fund and Georgi Voynov.

Ivan Moudov was born in 1975 in Sofia, where he lives and works. His artistic practice includes photography, video, performance and installation. Moudov graduated from the National Academy of Art in Sofia in 2002. In the same year he participated in Manifesta 4 in Frankfurt and since then has had numerous exhibitions in Europe and internationally. In 2005 he participated in the First Moscow Biennale and in 2007 he was part of the Bulgarian pavilion at the 52nd Venice Biennale.
His works have been shown in many group exhibitions, such as “Ruhr Ding: Territories”, Urbane Künste Ruhr, Bochum, Germany and “Animai Libars Vigne” at the Manzano Museum in Udine, Italy, 2019. In 2020, a new exhibition has beен hold at the Manzini Museum in Vienna, Italy. In 2020 he participated in the group exhibition “Herbert Müller-Guttenbrunn – Alphabet Des Anarchistischen Amateurs” at the Raumimpuls Stadtgalerie in Weidhofen an der Ibs, Austria; “The Watchers, the Liars, the Dreamers” curated by Guillaume Desange at Plateau-Frac Île-de-France, 2010; “Contemporary Icons .Recent Art From Bulgaria” curated by J. Hughes, Hunt Gallery, St. Louis, USA, 2012; “We Should Have Never Left (Uganda) Collective”, at MUMOK, Vienna, 2013. After participating in the RAVE Residency, he presented “The One-Man Show at Casa Cavazzini”, Udine, Italy, 2013. In the same year he was nominated for the Blumm Award. In 2014 he participated in two important projects: the OFF – Budapest Biennial, Hungary and “Grammar of Freedom / Five Lessons: Works from the Arteast 2000+ Collection”, Garage Museum of Contemporary Art, Moscow, Russia. Solo exhibitions: “Paintings for Hotels and Music for Elevators”, Structura Gallery, Sofia, 2019-2020; “The Exchange”, Sofia City Art Gallery, curated by Iara Bubnova; 2016; “Certificate of Authenticity”, Tobacna 001 CC, Ljubljana, 2015; “Indifferent”, Sariev Contemporary, Plovdiv, Bulgaria, 2014; “The Glory Hole”, Alberta Pane Gallery, Paris, France, 2012; MUSIZ, Trieste Contemporanea, Trieste, Italy, curator Maria Vassileva, 2006 on the occasion of receiving the Trieste Contemporanea Young European Artist Award. Winner of the Award Gaudenz B. Ruff Award for New Bulgarian Art in the category of Established Artists, 2010.

Here you can download both texts by Pusha Petrov/Andrei Cherasku and Ivan Moudov/Stefan Ivanov in PDF format.